In recent years, environmental testing has changed drastically owing to the recent development in technology and innovation in products. New products have been launched in the market which are used in environment testing such as digital lux meters, laser distance meter, refractometers and electrosmog meter among others. The technological focus from conventional environmental testing methods such as Biological Oxygen Demand (BOD) and Chemical Oxygen Demand (COD) has been shifting towards innovative rapid testing methods as they are efficient and generate results within a few hours.

Rapid testing methods ensure the analysis of a larger sample size, and thereby reduce the time required for sample testing. Advanced technologies also ensure the detection of microbial as well as chemical contaminants present in the samples even if they have very low level of presence. Furthermore, simultaneous detection of all contaminants present in the samples can reduce the number of tests required, thus saving time and cost of each test conducted.

Additionally, companies are shifting priorities by using business intelligence to not only save on costs but to also become environmentally aware. Business intelligence’s ability to keep track of performance, as well as alert decision makers on behavioural changes, make it a complementary approach as demonstrated by the desire by many companies to become more eco-friendly. Increasing advancements in computers and computer software are also profoundly affecting the laboratory industry. However, it has been observed that the environmental lab business and instrumentation suppliers have been relatively slow in advancing towards computational power. Individual lab instruments have possessed computer control and data collection capabilities for large time thereby reducing costs and boost operating efficiencies. Such factors are anticipated to promote the growth of the global environmental testing market in the recent years. CLICK TO DOWNLOAD SAMPLE REPORT

The global environmental testing market is segmented by regions into North America, Latin America, Europe, Asia Pacific, Middle East and Africa. Among these regions, the market inNorth America registered the largest market share of 30.94% along with a value of USD 2829.41 million in the year 2019 and is expected to grow at a CAGR of 7.12% during the forecast period.The market in the region is anticipated to grow on account of the increasing number of environment regulatory bodies, growing government participation to regulate environmental testing, increasing number of manufacturing industries, growing awareness for the environment amongst individuals, private and public institutions and increasing pollution amongst others. The market in the region is also anticipated to gain an incremental $ opportunity of USD 86.63 million by in the year 2020 as compared to the previous year. Additionally, the North America environmental testing market is also anticipated to gain an absolute $ opportunity of USD 943.23 million by growing at 1.7x during the forecast period. 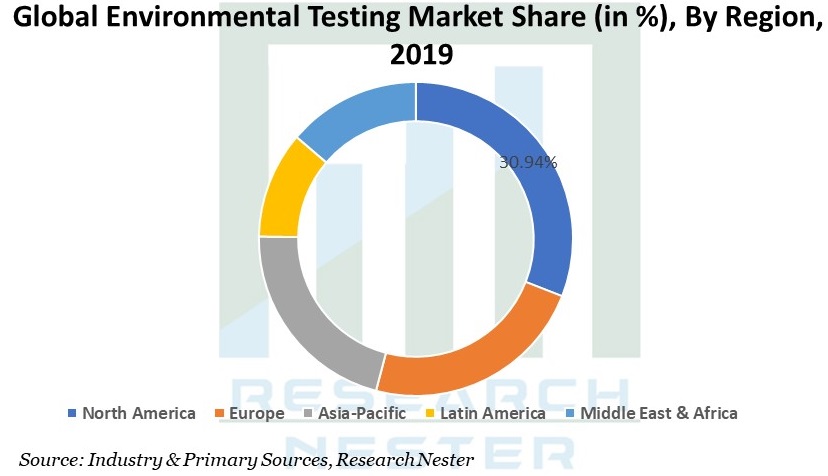 The global environmental testing market has been segmented on the basis of product into bio-testing/pathogen testing, mass spectrometers, chromatography products, molecular spectroscopy products, toc analyzers, dissolved oxygen analyzers and others. The bio-testing/pathogen testing segment registered the largest market share of 27.62% in the year 2019 and is anticipated to grow with a CAGR of 7.17% during the forecast period. Bio-testing/pathogen testing is used for the determination of the potency or concentration of a compound by its effect on animals, isolated tissues, or microorganisms, as compared with an analysis of its chemical or physical properties. It is used to verify sanitation effectiveness throughout the production of environment products. The segment is further anticipated to gain an incremental $ opportunity of USD 181.01 million in the year 2020 as compared to the previous year. Further, the segment is also expected to achieve an absolute $ opportunity of USD 2002.19 million by growing at 1.74x during the forecast period. 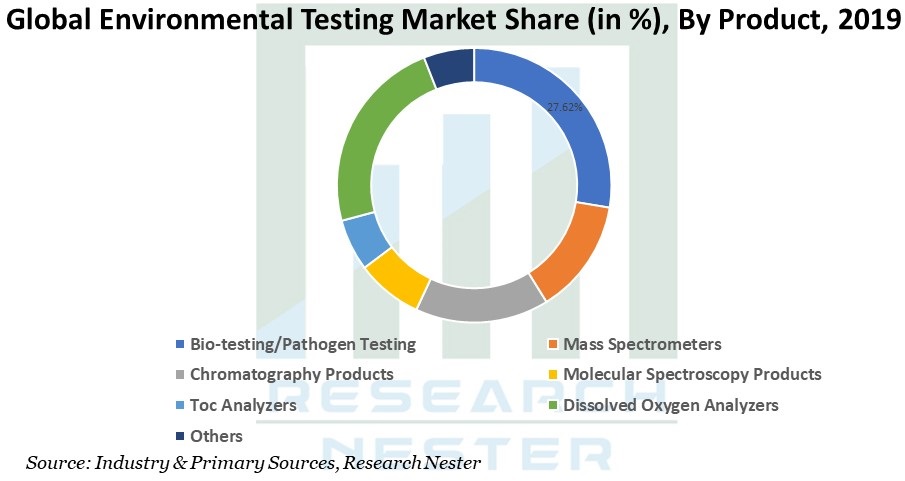 Growing Stringent Regulations for the Environment

Ever since the first major environmental regulations were enacted in the 1970s, there have been concerns about their potential impacts on businesses. Environmental regulations have greatly improved air and water quality, especially in areas that were the dirtiest before regulation.The Environmental Protection Act authorizes the government to control and reduce pollution from all sources, protect and improve environmental quality, and prohibit or restrict the setting and/or operation of any industrial facility on environmental grounds. Environmental impact assessments examine the potential consequences under specific scenarios of the results of an action. On the other hand, development of the Environmental Democracy Index (EDI), which is an online platform that tracks and scores the progress of 70 countries in enacting national laws to promote transparency, accountability and citizen engagement in environmental decision making is further raising awareness for the environment. 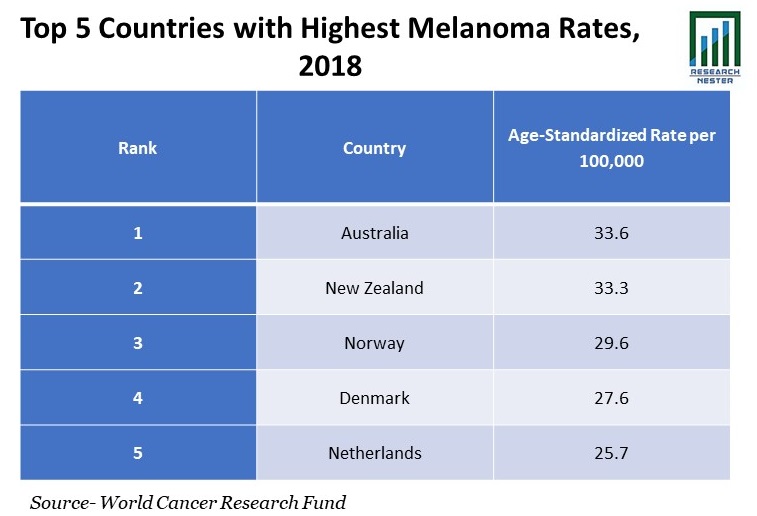 Growing Concern for the Impact on Health Owing to Pollution

Urbanization and industrialization along with the economic development have led to the increase in energy consumption and waste discharges. Environmental pollutants have various adverse health effects,such as, perinatal disorders, infant mortality, respiratory disorders, allergy, malignancies, cardiovascular disorders, increase in stress oxidative, endothelial dysfunction, mental disorders, and various other harmful effects. The increasing concern amongst individuals for such harmful diseases on the back of the increasing pollution worldwide is anticipated to drive the need for environmental testing, which in turn will drive the market growth.

High Cost of Test and Equipment

1) What are the major factors driving the growth of the Environmental Testing market?

Ans: Growing stringent regulations for the environment, is one of the major factors that is driving the growth of the market.

2) What would be the CAGR of Environmental Testing market over the forecast period?

4) Which region will provide more business opportunities for growth of Environmental Testing market in future?

5) Who are the major players dominating the Environmental Testing market?

7) What can be the significant growth opportunity for the product segment in the environmental testing market?

Ans: The bio-testing/pathogen testing segment, which is a sub-segment of the product segment, held the largest market share of 27.62% in the year 2019 and is anticipated to display significant growth opportunity.

Ans: High cost of test as well as for the equipment required by laboratory analysts is one of the major factors anticipated to act as a barrier towards the growth of the global environmental testing market.