Commercial aircraft aftermarket parts are referred to the manufacturing, remanufacturing, distribution, retailing and installation of all the replacement parts, equipment and accessories of a commercial aircraft. These parts may or may not be manufactured by the original equipment manufacturer (OEM). Usually, aftermarket parts are divided into two categories, i.e. replacement parts and accessories. Replacement parts are built or remanufactured to replace OE parts when they become worn or damaged. Accessories are made for comfort, convenience, performance, safety or customization for add-on after the original assembly of the aircraft.

The global commercial aircraft aftermarket parts market is thriving on the back of growing aviation industry and the increasing number of commercial aircraft in service. Increasing demand amongst consumers for travelling by aircraft, which can save their travel time is driving the need among aircraft operators to add new aircrafts to serve their customers adequately. According to the statistical report released by Aviation Benefits Beyond Borders (ATBB) by the Air Transport Action Group (ATAG), around 31,717 units of commercial aircraft were in service around the world in the year 2017, out of which 82.5% or 26,150 units were jets and 17.5% or 5,567 units were turboprops. 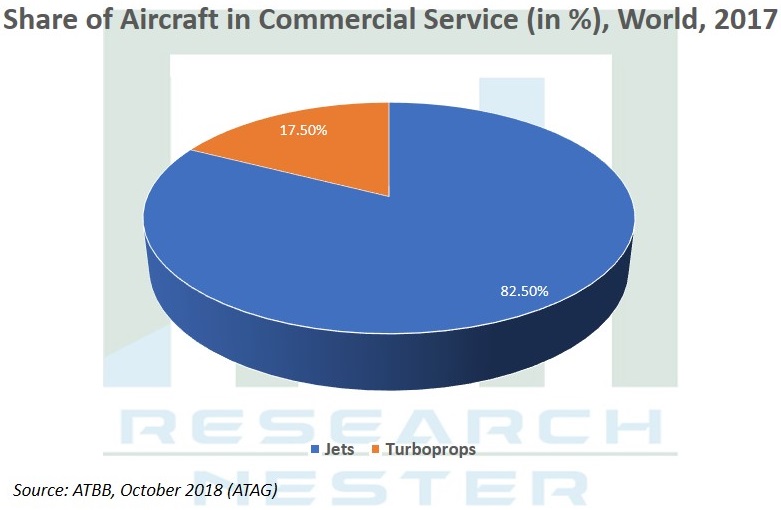 The market is anticipated to record a CAGR of around 6.21% throughout the forecast period, i.e. 2020-2028. The global commercial aircraft aftermarket parts market is segmented by component type into engine, airframe, interior, cockpit systems and others, out of which, cockpit systems is anticipated to hold the largest market share which is driven by increasing sales of business and general aviation avionics worldwide. Various technical issues have been observed in the cockpit systems due to increasing number of hours travelled by aircrafts that would require the need for timely maintenance and repair of faulty parts. According to the statistics by the Aircraft Electronics Association (AEA), total annual sales of aviation avionics (retrofit and forward-fit) increased from USD 2.26 billion in the year 2016 to USD 2.73 billion in the year 2018. CLICK TO DOWNLOAD SAMPLE REPORT 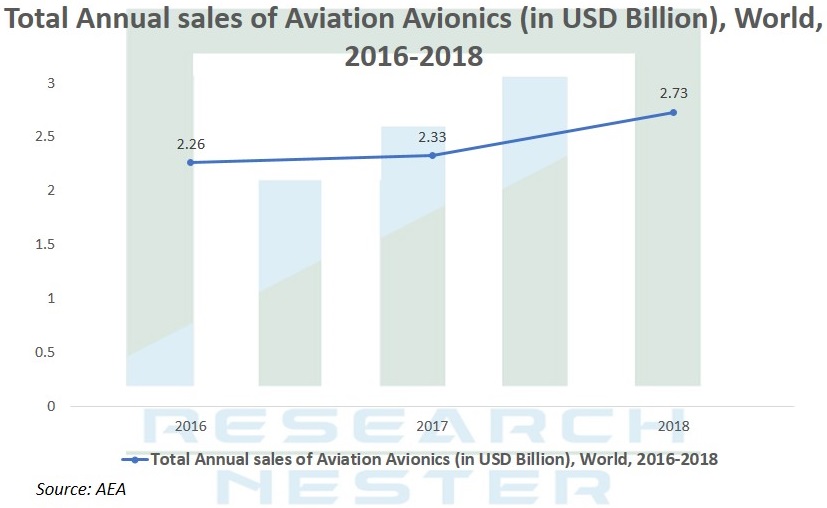 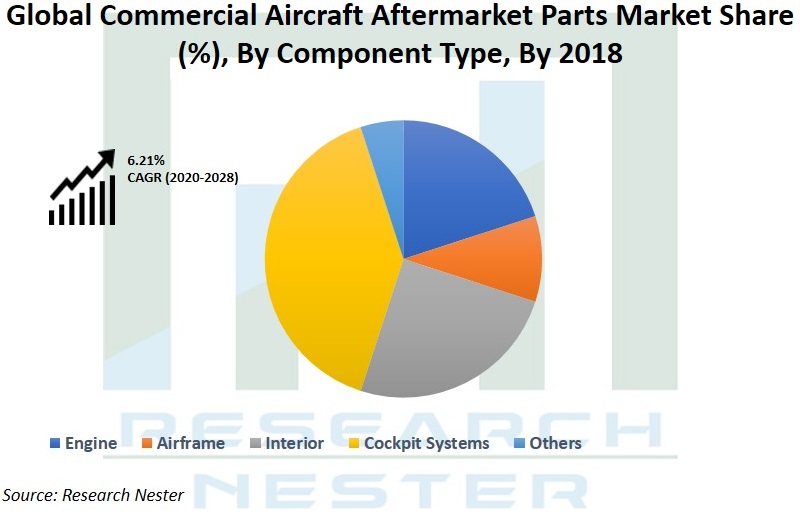 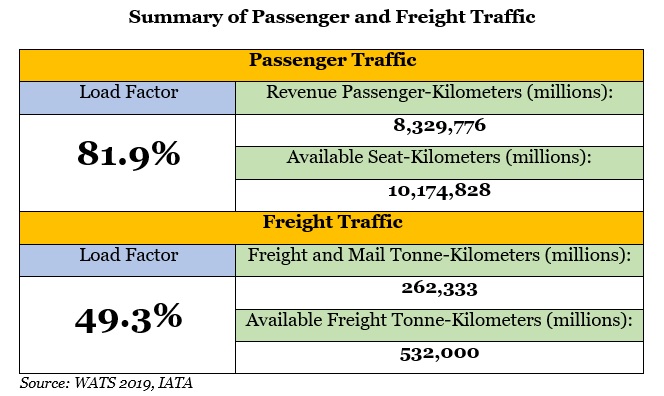 According to the Bureau of Transportation Statistics, The total aircraft fleet of major aircraft operators was 5951 units in the year 2018, out of which, the average age of the aircraft fleet was recorded to 13.31 years.

Many aircraft carriers around the world are operating with aircrafts that have grown old over the time. Historically, developed nations were the first to own a large number of aircraft fleet, and with time, several developing nations started deploying aircrafts, which too are ageing over the time. Moreover, many small commercial aircraft operating players are using old aircrafts to avoid the burden of debt of purchasing new aircrafts. The challenge of ageing fleets amongst airline operators is driving the need among them to focus more on maintaining safety of the aircraft fleet by taking into account the aircraft’s airworthiness for repairs, alterations and modifications at comparatively lower costs. Such factors are anticipated to raise the demand for the global commercial aircraft aftermarket parts market over the forecast period.

There is a rising concern amongst airline operators for the increasing inventory costs associated with the storage of spare parts affecting their operational expenditure. Additionally, several other factors, such as growing aircraft fuel costs, low fuel efficiency of old aircrafts and increasing additional operational expenditure are raising the concern amongst airline operators to minimize costs and deploy new aircraft fleet instead of old low fuel efficient aircrafts so as to minimize operational costs and stay profitable. Such factors are expected to impact the sales of the global commercial aircraft aftermarket parts manufacturers and hinder the growth of the market over the forecast period.

North America is anticipated to hold the largest market share on the back of presence of a mature aviation market and comparatively a large number of ageing aircraft fleet. The increasing air traffic in the region is also anticipated to raise the demand for the repair of commercial aircrafts. Additionally, increasing exports of parts of aircrafts especially in nations such as USA and Canada are also anticipated to contribute significantly towards the growth of the market in the region. According to the International Trade Statistics Database of the United Nations (UN Comtrade), share of exports of parts of aircrafts in Canada increased from 1.65% in 2016 to 2.59% in 2017, and in USA, it increased from 18.11% in 2016 to 29.61% in 2017. 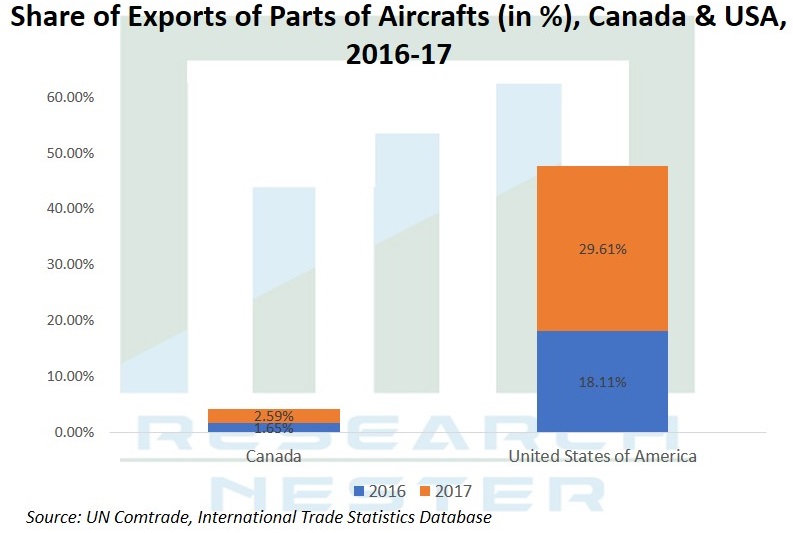 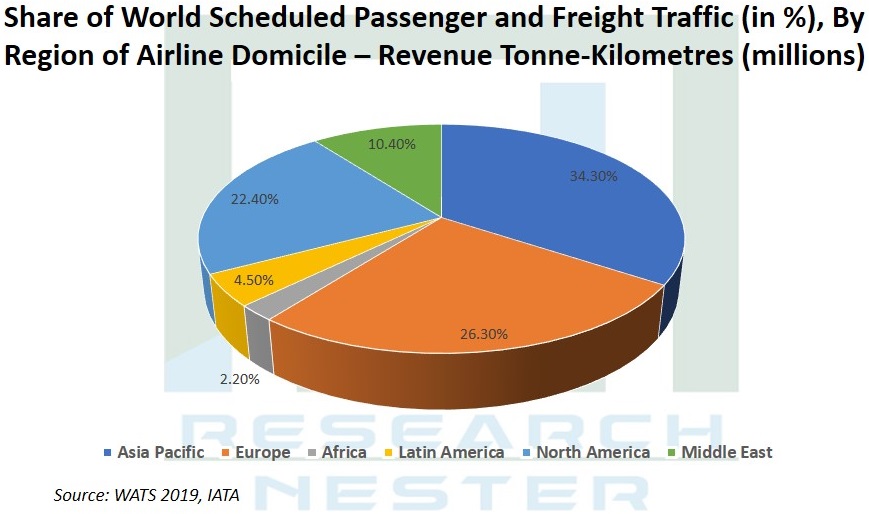 The global commercial aircraft aftermarket parts market is further classified on the basis of region as follows: