A CCTV system provides the direct linkage of camera with monitor. The various components associated with CCTV cameras includes cameras, lenses and power. The growing advancement in CCTV technologies has led to component miniaturization and automated imaging analysis. The CCTV cameras are enabled with analog or digital transmission of signals. The CCTV cameras involve the components that are used for direct generation, storage and displays of important data. 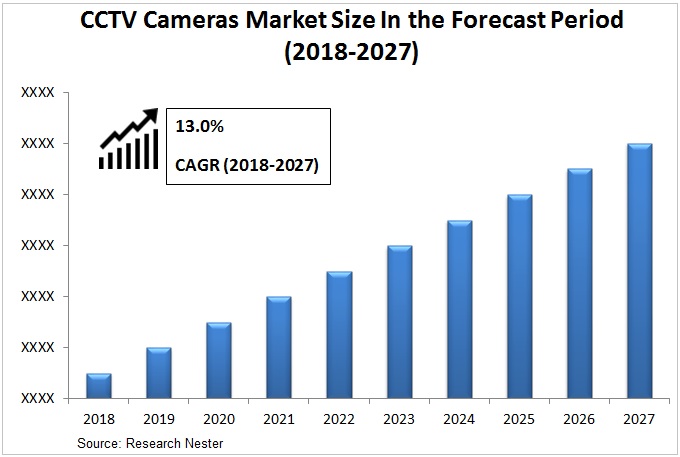 The high maintenance cost associated with CCTV cameras coupled with high initial investment is expected to restrain the growth of overall CCTV cameras market during the forecast period.

Global CCTV cameras market is further classified on the basis of region as follows: