Extensive insights into the Growth of Catalysts Market amidst COVID-19

The global catalyst market for energy applications is estimated to grow at a ~5.5% CAGR over the forecast period, i.e., 2022–2030. The growth of the market can be attributed to the increasing demand for catalysts in the energy & power industry for various applications, such as, raising energy production and protecting the environment. Petroleum refining is one of the major application of catalysts. Increasing demand for petroleum products, backed by rising sale of automobiles and increasing disposable income, is estimated to boost the market growth. The increasing manufacturing and sale of passenger cars, with more than 60 million cars sold globally in the year 2020, is estimated to positively influence the market growth. 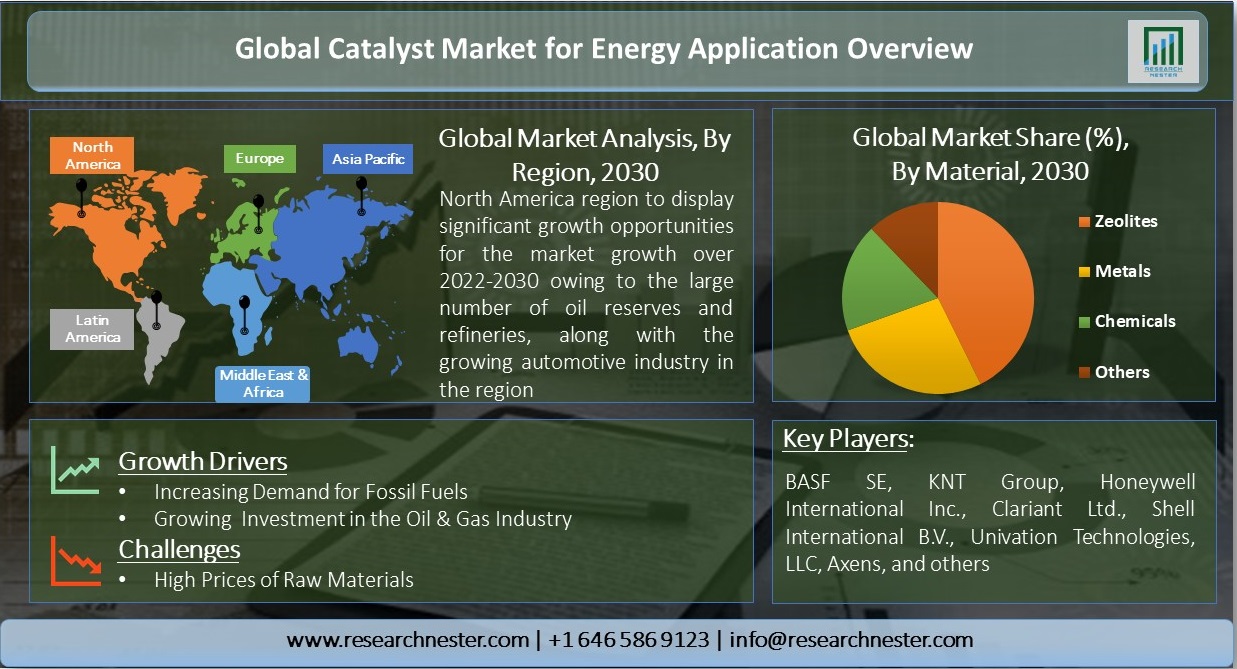 The global catalyst market for energy applications is segmented by material into chemicals, zeolites, metals, and others, out of which, the zeolites segment is anticipated to hold the largest share in the market during the forecast period as zeolites can withstand high temperatures and have large surface area for adsorption. On the basis of type, the market is segmented into refinery catalyst, gasification catalyst, and others. On the basis of application, the market is segmented into crude oil production, oil recycling, photovoltaic cells, energy conversion, environment protection and others, out of which, the crude oil production segment is estimated to garner significant share over the forecast period, owing to the increasing demand for fossil fuels amongst the constantly rising population.

Regionally, the global catalyst market for energy applications is segmented into five major regions including North America, Europe, Asia Pacific, Latin America and Middle East & Africa region. The market in North America is estimated to garner largest share over the forecast period on the back of growing oil & gas industry in the region, coupled with the presence of major oil refining companies. Moreover, large number of refineries in the region is estimated to act as the major growth factor for the market. Canada is the 4th largest producer of crude oil, and holds over 10% of the world’s share for oil wells. On the other hand, the United States is one of the largest producers and exporters of refined petroleum products.

The market in the Asia Pacific region is estimated to witness highest CAGR over the forecast period increasing import of crude oil and presence of refineries in countries, such as, India, and China, is estimated to boost the market growth in the region. 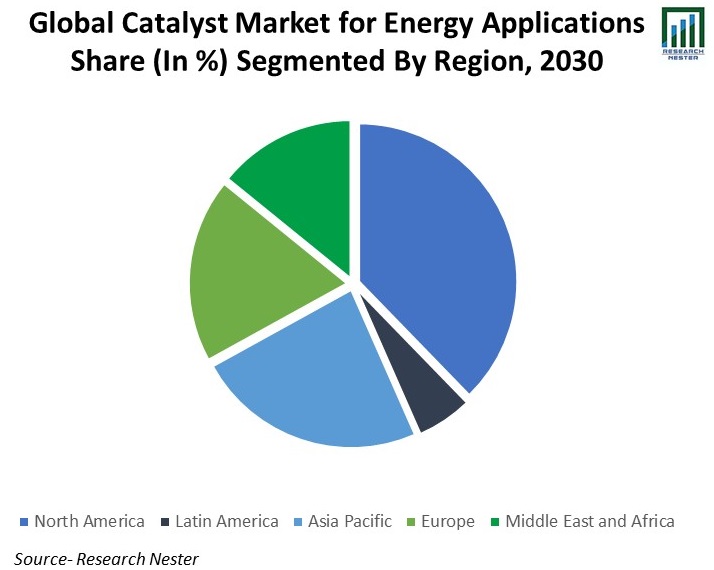 The global catalyst market for energy applications is further classified on the basis of region as follows:

Our in-depth analysis of the global catalyst market for energy applications includes the following segments:

What are the major factors driving the growth of the catalysts market?

Growing demand for catalyst in crude oil production and growing environment concerns are the major factors driving the market growth.

What would be the CAGR of catalysts market over the forecast period?

What are the challenges affecting the catalysts market growth?

High costs of raw material is one of the major factors estimated to hamper the market growth.

Which region will provide more business opportunities for growth of catalysts market in future?

The market in the North America will provide the highest growth opportunities for the market during the forecast period on the back of large number of oil refineries, backed by increasing production of oil & gas in the region.

Who are the major players dominating the catalysts market?

What are the segments in the global catalyst market for energy applications?

The market is segmented by type, application, material, and by region.

Which segment captures the largest market size in the type segment in the catalyst market for energy applications?

The refinery catalyst segment is anticipated to hold the largest market size over the forecast period as it is used to refine crude oil.