The global beta agonist feed additives market is estimated to garner a CAGR of ~4% during the forecast period, i.e., 2022-2030. The growth of the market can be attributed to the growing consumption of per capita of animal meat globally along with the rising usage of beta agonist feed in order to raise cattle. According to the statistics by the Food and Agricultural Organization (FAO), the consumption of meat around the world is anticipated to reach 45.3 kg per capita by the end of 2030 from 24.2 kg per capita in the year 1964-66. 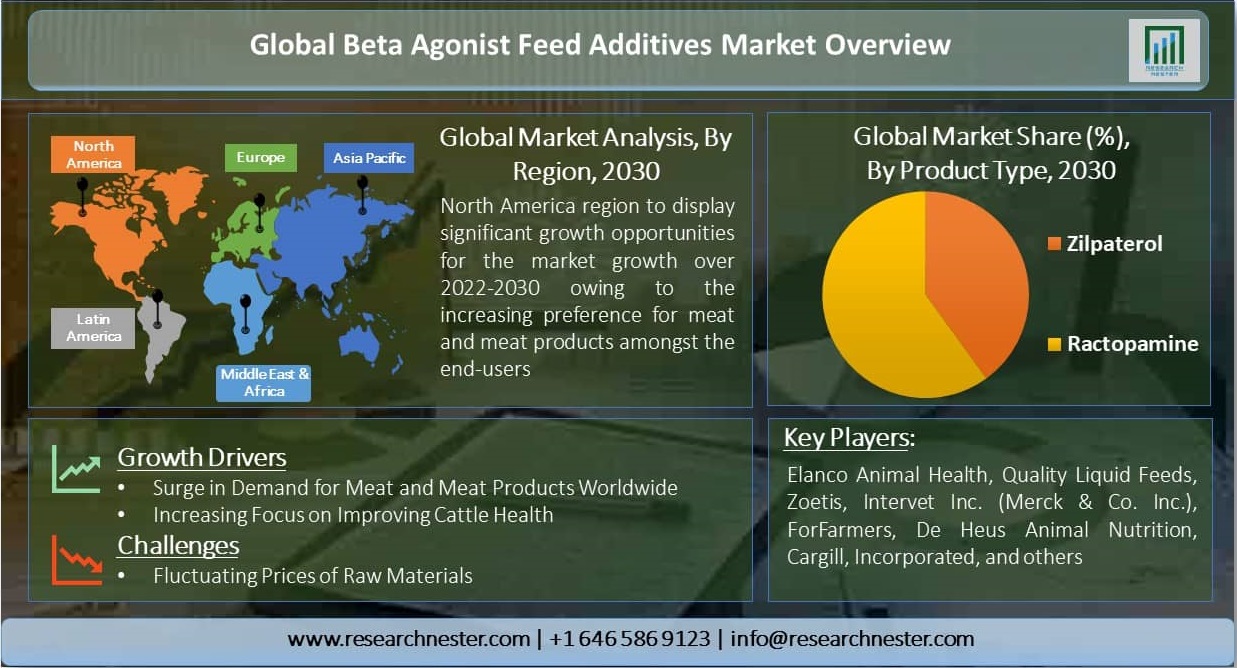 Further, the soaring demand for swine and ruminant meat in major economies and the health benefits associated with beta agonists feed additives are anticipated to drive the market growth. The beta agonists reduce the metabolism of fat and results into the production of more weight with same amount of feed intake. The increasing technological advancements in order to improve the beef production coupled with rising health concerns among consumers has led to the increased adoption of beta agonist feed additives. Moreover, the growing focus of livestock producers on production sustainability and efficiency, is also anticipated to contribute to the market growth. 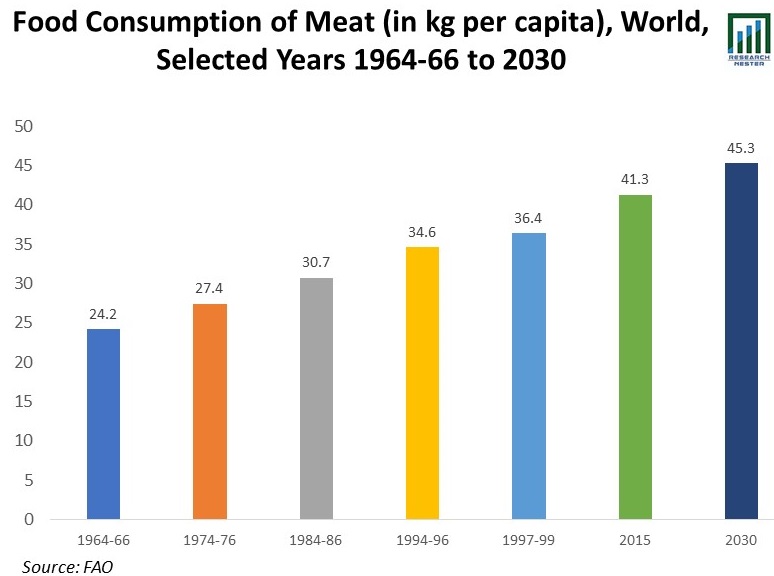 The market is segmented by product type into zilpaterol and ractopamine. Amongst these segments, the ractopamine segment is estimated to hold the largest market share during the forecast period on the back of the numerous benefits associated with the product. Ractopamine is known to promote lean muscle growth. It is more efficient than zilpaterol and allows the livestock to grow at a rapid rate while consuming less feed. As a result, more lean meat can be found from the cattle, which is anticipated to drive the growth of the segment during the forecast period.

Regionally, the global beta agonist feed additives market is segmented into five major regions including North America, Europe, Asia Pacific, Latin America and Middle East & Africa region. The market in North America is estimated to hold the largest market share throughout the forecast period on the back of growing consumption of meat in the region along with the presence of major producers of meat. According to the statistics by the Organisation for Economic Cooperation and Development (OECD), the consumption of poultry meat in the United States grew from 10048.0 thousand tonnes in the year 1990 and is further estimated to reach 20109.7 thousand tonnes by the end of 2029. 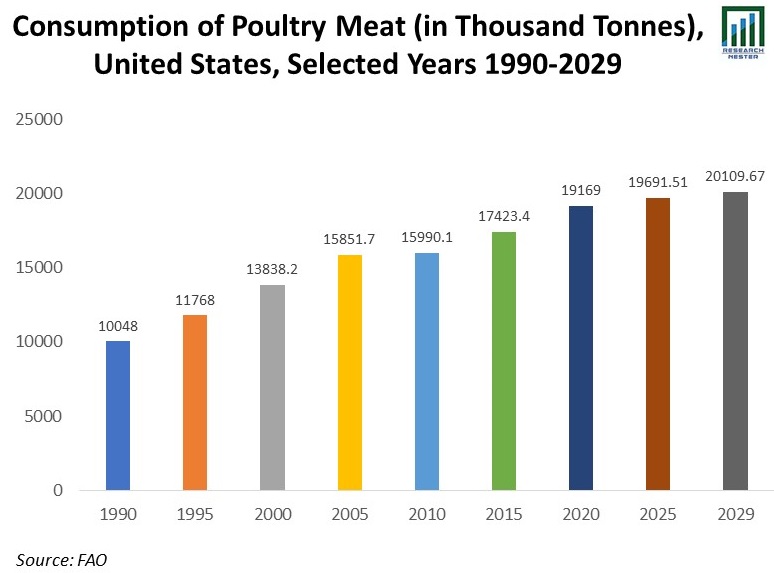 Further, rising health concerns related to healthy diet is anticipated to boost the market growth. The Asia Pacific is estimated to witness the highest CAGR throughout the forecast period owing to the soaring demand for milk and meat related products in leading economies such as Japan, Indian and China, coupled with the rising population in the region. Moreover, increasing cattle feed production and presence of big players in the region is estimated to propel the market growth during the forecast period. Additionally, increasing developments in the field of cattle feed and feed additives is also anticipated to drive the market growth in the region.

The global beta agonist feed additives market is further classified on the basis of region as follows:

1) What are the major factors driving the growth of the beta agonist feed additives market?

Ans: The rise in demand for animal meat, along with the increase in focus for developing cattle health are some of the significant factors anticipated to drive the market growth.

2) What would be the CAGR of beta agonist feed additives market over the forecast period?

3) What are the challenges affecting the beta agonist feed additives market growth?

Ans: The fluctuating prices of raw material which raises the overall cost of the product is one of the major factors estimated to hamper the market growth.

Ans: The market in the North America is anticipated to display significant business opportunities for market growth in the future.

5) Who are the major players dominating the beta agonist feed additives market?

7) What are the segments in the beta agonist feed additives market?

Ans: The market is segmented by product type, animal type, end users, and by region.

Ans: The ractopamine segment is anticipated to hold largest market size over the forecast period and display significant growth opportunities.