Architectural coatings are the coatings which are used to coat the buildings and houses with color, texture and other visual appeals. They also serve the purpose of protection from external elements and various exposures. The properties of these coatings contribute towards surface protection during the period of its surface exposure. They are applied with brushes, rollers and sprays on interior & exterior of the surfaces including walls, floor and ceilings of the buildings. These coatings provide protection from external factors such as heat, moisture, chemicals, varying weather conditions and others.

The global architectural coatings market is observing pulsating growth on account of increasing number of residential and commercial constructional developments. Additionally, growing explorations and advances in coating industry in the past few years along with growing population and rise in per capita income of the people are likely to drive the market for its various applications and protection purposes. The architectural coatings market is anticipated to record a CAGR of 6.2% over the forecast period i.e. 2018-2027. Further, the market is expected to reach a value of USD 70 billion at the end of the forecast period. 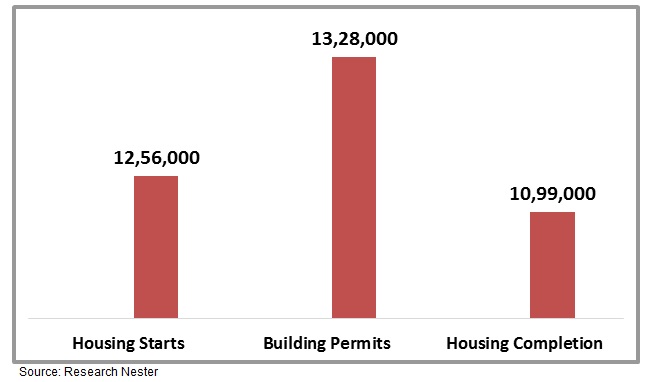 According to U.S. Census Bureau, the U.S. residential permits have been recorded as 13,28,000 in 2018 where the number of housing started were 12,56,000 and the housings completed were 10,99,000 in 2018. This rise in construction projects in U.S. have increased the demand for these coatings which is further expected to drive the global market of architectural coatings in upcoming years. CLICK TO DOWNLOAD SAMPLE REPORT 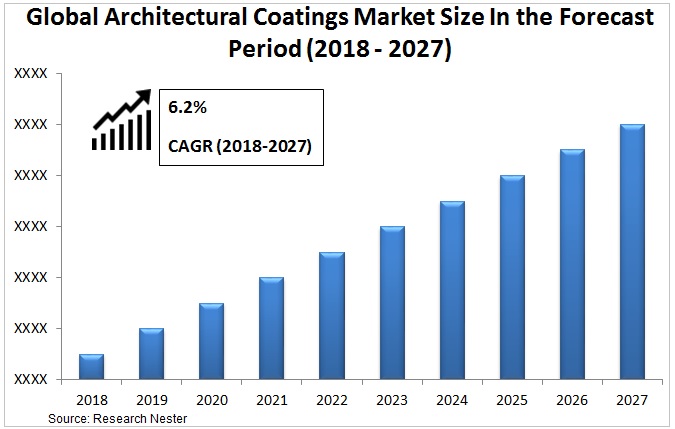 The growing GDP of the developing and developed economies are expected to propel the growth of both commercial and various residential constructions which is expected to drive the demand for architectural coatings during the forecast period. Additionally, the government initiatives for various constructions in urban and rural areas is generating huge demand for these coatings in the market. Moreover, the growing population and rising demand for housing is estimated the boost the market growth over the forecast period.

The VOC emissions caused by these coatings are not just harmful for the environment but also pose threat to human health leading to various health issues such as nausea, eye, nose and throat irritation among other serious health issues. These factors are anticipated to dampen the growth of the architectural coatings market during the forecast period.

Asia Pacific is anticipated to hold the dominant share in the overall market during the forecast period which can be attributed to growing constructional and infrastructural development in countries such as China, India, Japan and others.  The rising government contribution for construction and various other projects in this region is expected to boost the demand for architectural coatings.

Furthermore, the substantial growth rate of construction projects in the North America region is anticipated to favor the growth of the architectural coatings market over the forecast period.

Global architectural coatings market is further classified on the basis of region as follows: