The harvesting and threshing segment in North America agricultural equipment market is expected to expand with highest compound annual growth rate over the forecast period owing to the increasing government initiatives along with high adoption rate of tractors and harvesters in the region. The U.S. dominated the overall agricultural equipment market in North America by holding market share of USD 35.6 Billion during 2016 as compared to USD 13.6 Billion in Canada. 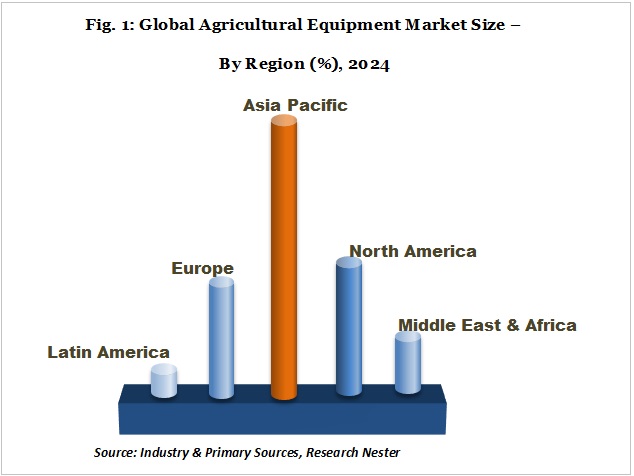 The land development and seed bed preparation is anticipated to dominate the market and is forecasted to observe a growth rate of 1.8x over the forecast period, closely trailed by harvesting & threshing segment which has contributed around 17.6% market share of total agricultural equipment market in 2016 and is expected to foster over the forecast period owing to its capability of easing the crop harvesting procedure in less time.

Further, the rising demand for food security all over the globe is projected to propel the demand for sowing and planting equipment such as drill, seeder, planter and others to increase the crop yield which is envisioned to foster the growth of global sowing and planting equipment market with an estimated absolute $ opportunity of USD 8.4 Billion between 2017 and 2024. Furthermore, the weed cultivation segment accounted for USD 29.5 Billion in 2016 and is expected to double by the end of 2024 owing to the adoption of shovel/plough, tiller and others equipment in order to curb the time for weeding combined with rising government initiatives such as providing subsidies to the farmers regarding agriculture equipment. 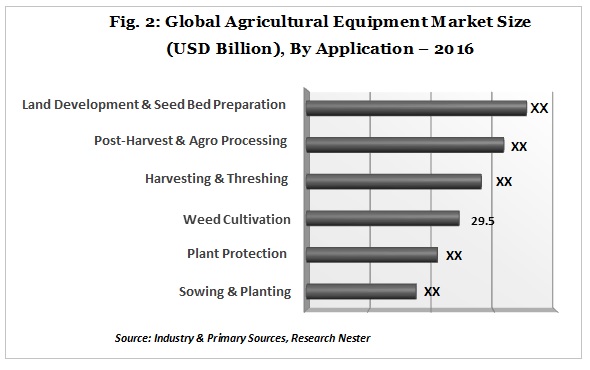 The advancement in tractors such as introduction of multi-purpose tractors along with various applications of tractors in farming is anticipated to foster the growth of the tractor segment with dominant market share during the forecast period. 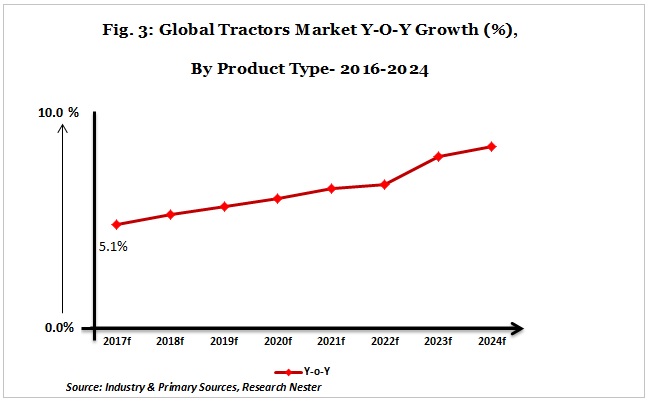 The global agricultural equipment market is thriving on the back of growing population around the world leading to increasing demand for food and crop production along with technological advancements. Further, the increasing adoption of mechanization in agriculture sector combined with numerous advantages offered by agricultural machinery and equipment such as reduced time consumption, high productivity and more profit are going to positively affect the growth of the agriculture equipment market in upcoming years.

John Deere Company, a U.S. based company, primarily engaged in the agricultural machinery and equipment manufacturing has acquired various companies in the past few years such as Monosem, Wirtgen Group, Mazzotti and many more. Additionally, the company is spending heavily on research & development activities and is focusing on the improvement and development of existing and new products. Further, AGCO Corporation, a leading agricultural equipment manufacturer based in the United States, announced the completion of the acquisition of Precision Planting LLC. This acquisition expanded the company’s distributing network and has strengthened its position in the market.