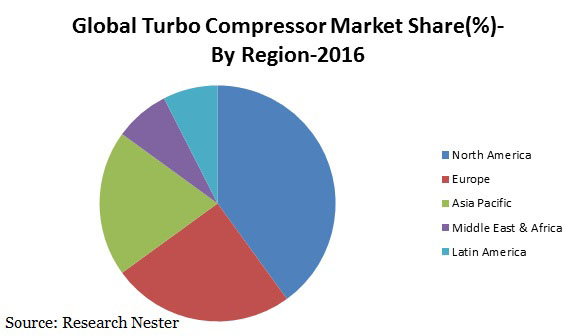 Global turbo compressor market is further classified on the basis of region as follows:

However, availability of alternative technologies in compressor sector such as rotary screw compressor is expected to hamper the growth of turbo compressor market in near future.