Smart weapons, also known as precision guided munitions, are referred to all those weapons that can guide themselves using external assistance to precisely hit a specific target. These weapons are usually controlled by the computers present onboard and are used to minimize collateral damage and increase lethality against intended targets. Smart weapons use different types of communication systems for greater precision and guidance of the munition.

The global smart weapons market is thriving on the back of dynamic change observed in the nature of warfare across nations around the globe along with the growing demand for advanced high precision ammunitions and arms by the armies of developed and developing nations. Given the need for advanced technology ammunitions by governments across the world for their safety and security, an upsurge in the demand for smart weapons have been observed across nations in the recent era. Additionally, growing trade on arms and ammunitions around the world is also anticipated to contribute significantly towards the growth of the global smart weapons market. According to International Trade Centre (ITC), exports of bombs, missiles, torpedo, grenades and others around the world increased from USD 3528064 thousand in the year 2010 to USD 4616123 thousand in the year 2018. 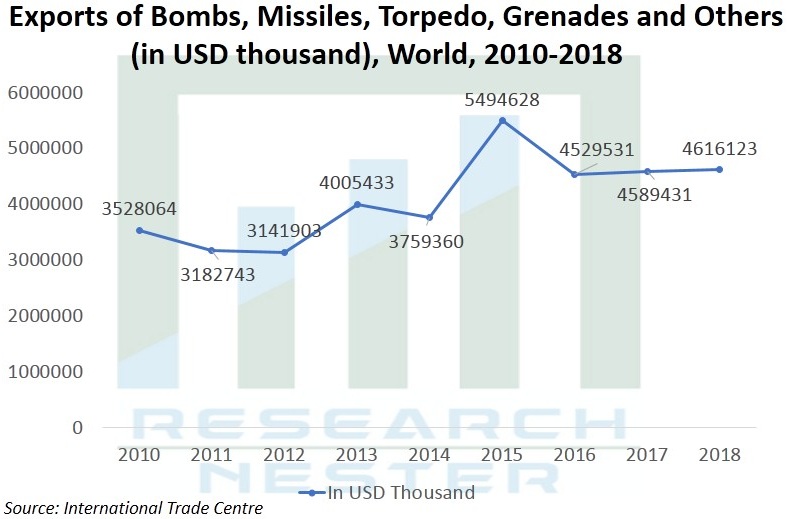 The global smart weapons market is anticipated to record a robust CAGR throughout the forecast period, i.e. 2020-2028. The market is segmented by platform into air, land and naval, out of which, air segment is anticipated to hold the largest market share on the back of advancing technologies for guided smart weapons and increasing demand for precisely guided weapons which minimizes collateral damage, but increases the lethality against intended targets. Moreover, smart weapons that can be launched by air, provides a standoff distance, allowing the launcher to launch the weapons outside the most intense air defenses around the target site. Such factors are anticipated to promote the growth of the segment in the global smart weapons market.  CLICK TO DOWNLOAD SAMPLE REPORT 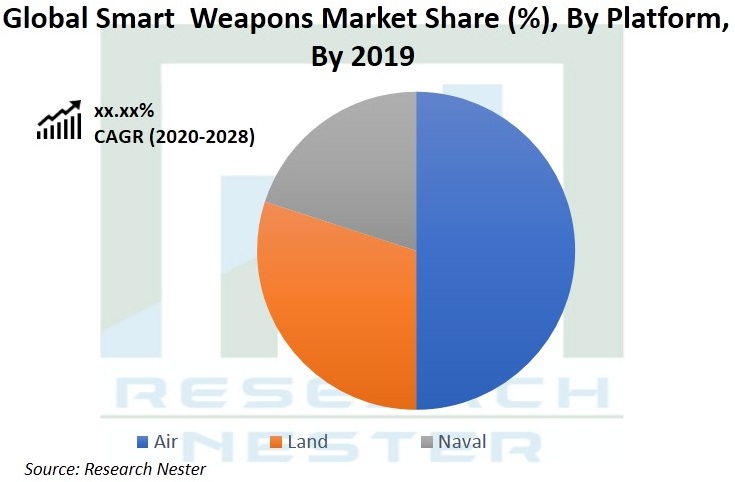 Rising Need for the Replacement of Old Military Equipment

Nations around the globe have purchased and stored arms and ammunitions for safety and security over the years. As these weapons have grown old over the time, the fear of malfunction or failure of the weapons at the time of using these weapons during a warfare or during training sessions have raised the demand for frequent maintenance of these weapons. Increasing cost of maintenance of these weapons and the concern for huge portion of the budget for arms and ammunitions of the governments being used for maintenance is raising the need for replacement of the weapons. Additionally, concern for safety and security risks on the back of lack of advance technologies in old weapons that are available with the governments of nations around the globe is also contributing to the rising need for replacement of old weapons with new advanced smart weapons. Such a factor is anticipated to drive the growth of the global smart weapons market. 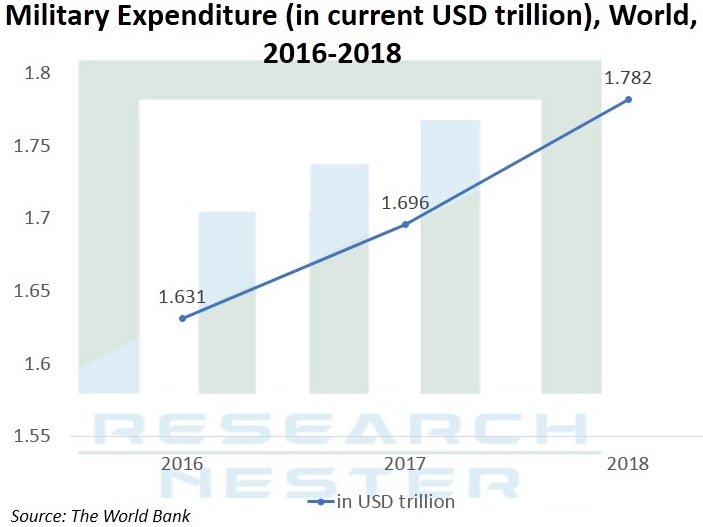 The budget for expenditure on military by the government of nations around the world is growing at a rapid pace on the back of increasing concern for terror threats and the rising need to provide safety and security to the citizens of a nation. As such, there is a rising need for the deployment of weapons which are technologically advanced and can help nations gain an extra edge of security. With the rising budget for military spending, governments can purchase more smart weapons, which is anticipated to promote towards the growth of the global smart weapons market during the forecast period.

Impact on Sales Due to Dynamic Arms Trade Regulations

The international treaty for arms trade is designed for the regulation of trade in arms and ammunitions. Dynamic updates into the regulation often hampers the sales of weapons between countries around the world. Moreover, high price of smart weapons is also anticipated to act as a barrier to the growth of the global smart weapons market throughout the forecast period.

Our in-depth analysis of the global smart weapons market includes the following segments:

North America is anticipated to hold the largest market share on the back of availability of huge amount of money for expenditure on arms and ammunitions, along with the growing trade of the nation of such weapons and favorable regulations from the government. According to other statistics by the International Trade Centre (ITC), exports of bombs, missiles, torpedo, grenades and others in the USA increased from USD 2361292 thousand in the year 2010 to USD 3517156 thousand in the year 2018. 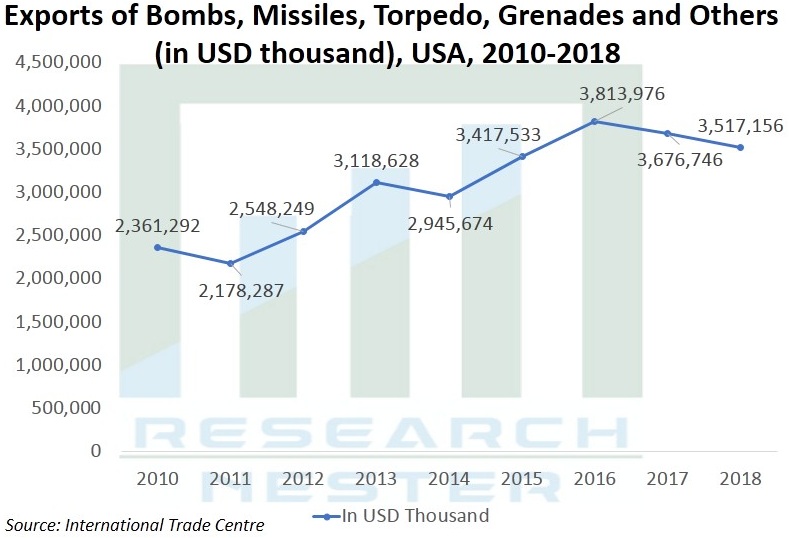 The global smart weapons market is further classified on the basis of region as follows: