Reservoir engineer provides various services such as Reservoir Simulation & Geo Modeling, Data Acquisition and Monitoring, Reservoir Sampling Services for solving problems arises in formation of reservoir. Reservoir simulation is purpose of simulating and estimating the performance of reservoir field (e.g. oil recovery) under one or more producing schemes. A modeling and simulation can be done many times at low expense over a short period of time. Observation that are measured after results represent different producing conditions and aids selection of an optimal set in producing conditions for the reservoir area.

North America is expected to dominate the market for Global Reservoir Analysis   till forecast period 2018-2027. Additionally, increase production and drilling activities in region for extracting shale gas and natural gas is adding up the reason for the successive growth of market in future. Asia pacific is also expected to showcase the promising growth in market backed by rising onshore practices for oil and gas industry. Additionally, unconventional methodologies for producing natural gases is expected to propel the rising growth in market. 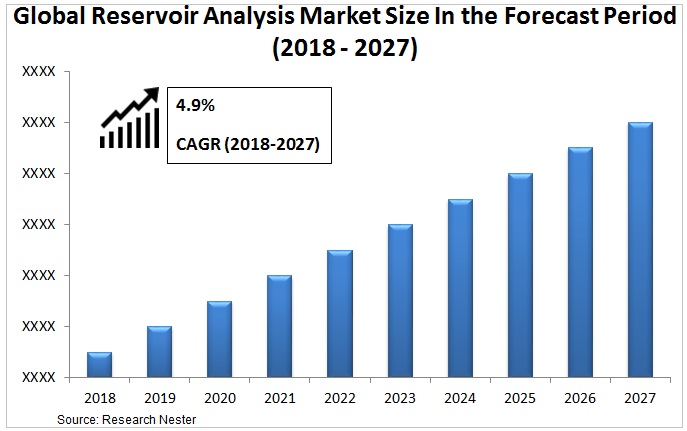 Global Reservoir Analysis Markets further classified on the basis of region as follows: 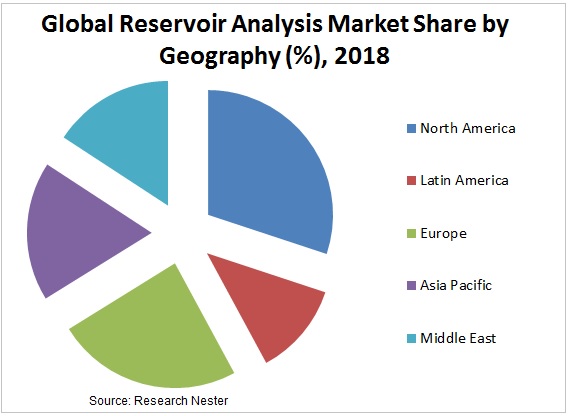 Increase in upstream operations with elevations in oil prices compared to 2016 oil prices is expected to resume the drilling projects that were on hold. Additionally, for processing the drilling operations reservoir modeling is necessary and drives the growth of global reservoir analysis market in future.

Methane gas used for urea from coal bed methane (CBM) is rapidly increasing in countries such as India, China and Australia demands for better domestic and agricultural use. Additionally, increased development of CBM reserves is driving the growth of reservoir analysis market in future.

North America and Middle East region has majority of on-site drilling wells that led the demand for simulation of well and modeling of geological situation at the formation of rocks for its permeability and porosity and drives the market growth.

High fluctuation in oil and gas prices due to the crisis in OPEC for production and supply of crude petroleum product is hampering the growth of global reservoir analysis market in expected forecast period of 2018-2027.

U.S sanction on Iran for the production of oil and gas is impacting the drilling and production activity in country.