Renewable Battery Storage Market Segmentation by Element (Battery, and Other Element); by Battery Type (Lithium-Ion, Lead-Acid, Flow Batteries, and Others); by Connection Type (On-Grid, and Off-Grid Connection); by Ownership (Customer-Owned, Third-Party Owner, and Utility Owned); by Energy Capacity (Below 100MWh, Between 100 & 500 MWh, and Above 500 MWh); by Application (Residential, Commercial, and Utility) – Global Demand Analysis & Opportunity Outlook 2019-2028

· June 26, 2020: Siemens Energy announced that it has launched an initiative called the “Future of Storage” which emphasizes to promote sustainable energy systems. The announcement also included a long-term cooperation with EnergyNest AS that focused on delivering thermal energy storage systems for industrial customers.

The global renewable battery storage market is estimated to garner a revenue of USD 14984 Million by the end of 2028 from USD 902.7 Million in 2019 by growing at a CAGR of 37.29% over the forecast period, i.e., 2021 – 2028. The growth of the market can be attributed to increasing use of renewable energy worldwide and the rising adoption of battery storage systems. Battery energy storage systems are evolving as one of the major solutions for the effective integration of solar and wind power renewables in the power systems across the world. Thus, the rapidly increasing demand for power has influenced the increased adoption of renewable battery energy storage systems in various end-use sectors. According to the statistics by the United States Energy Information Administration (EIA), electricity generated from non-hydroelectric renewables around the world grew from 271.71 Billion kWh in 2000 to 2588.14 Billion kWh in 2018. 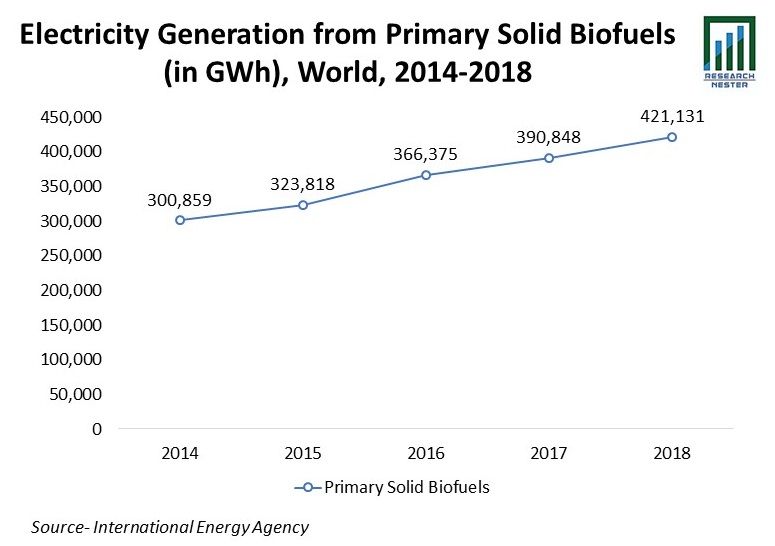 Moreover, increasing government incentives for renewable energy storage systems and the rising trends for energy-storage-as-a-service (ESaaS) services are also anticipated to contribute to the market growth during the forecast period. The market is further anticipated to reach a value of USD 1630.2 Million by the end of 2021. 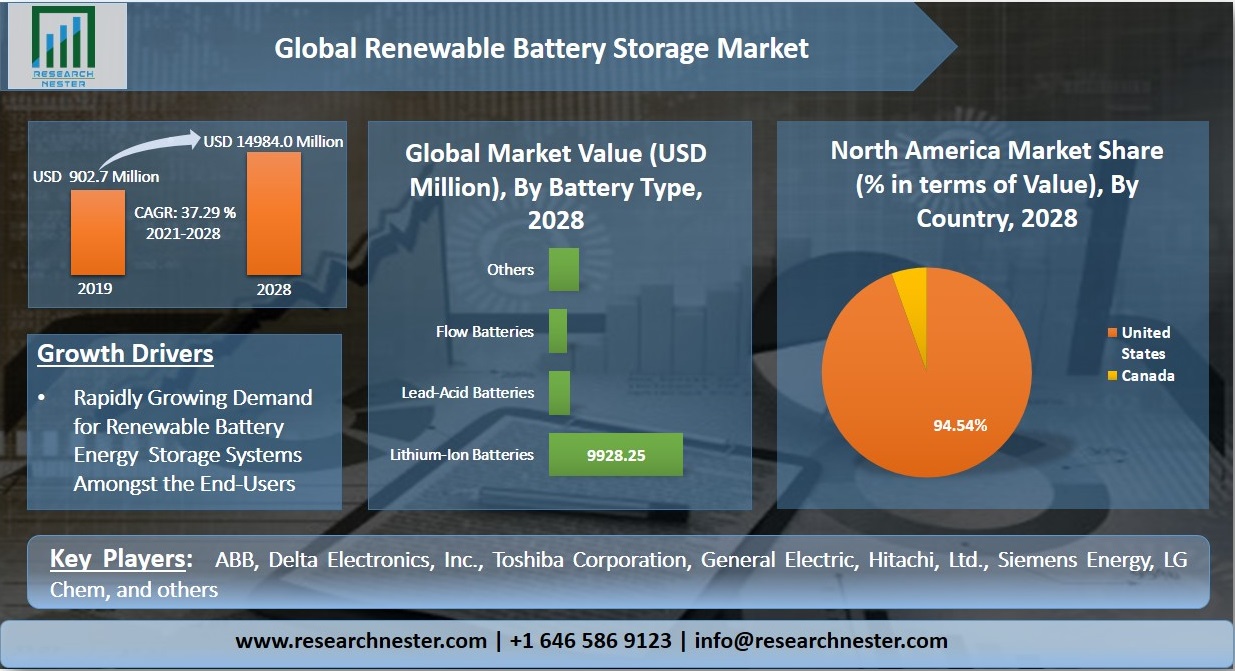 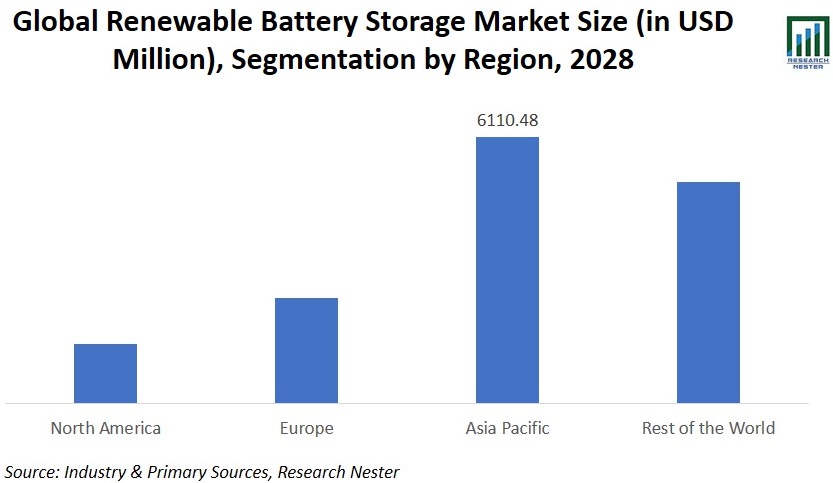 1) What are the major factors driving the growth of the renewable battery storage market?

Ans: The growing adoption of lithium-ion battery in renewable energy sector, along with the rising demand for renewable battery energy storage systems amongst the end users are some of the major factors anticipated to drive the market growth.

2) What would be the CAGR of renewable battery storage market over the forecast period?

3) What are the challenges affecting the renewable battery storage market growth?

Ans: The high upfront cost of investment for manufacturing renewable battery storage systems is one of the major factors estimated to hamper the market growth.

4) Which region will provide more business opportunities for growth of renewable battery storage market in future?

Ans: The market in North America is projected to provide more business opportunities throughout the forecast period. Further, the market is anticipated to attain a revenue of USD 164.18 Million by the end of 2021.

5) Who are the major players dominating the renewable battery storage market?

7) What are the segments in the renewable battery storage market?

Ans: The lithium-ion segment is anticipated to hold largest market size and further attain a revenue of USD 9928.25 Million by 2028.