· Paumax, also doing business as “AINA Wireless”, being a Finnish developer of wireless communication devices for professional users of Push-to-Talk (PTT) over IP had launched a Bluetooth Speaker-Microphone to address the problem concerned with public safety. It has been designed to be a remote control of public safety smartphone apps.

· ESChat had recently announced the launch of its Broadband Push-To-Talk service on the T-Mobile network and is currently available on America’s Un-Carrier.

Push-to-talk or PTT, as it is commonly referred to, is a form of communication between two or more devices which happens by just the push of a button. A one-touch communication is enabled by Push-to-Talk, by which the users are provided with a walkie-talkie like functionality on almost any mobile device, since it works on many types of devices. Communication through Push-To-Talk is always open and the requirement to dial number in order to connect with the other person and the wait involved for picking up the device is completely done away with in this case. Traditionally, the technology had been in use by land mobile radios which are also referred to as walkie talkies. With time, smartphones and wireless network have taken over and are being relied upon for furthering any form of PTT communication, whether private or professional that has been progressing technologically such as 3G, 4G, LTE and Wi-Fi. Push-to-talk saves the users time and money, including helping the users obtain returns on investments within a shorter span of time. Moreover, the efficiency of employees in an enterprise increases, allowing them to work with more efficiency, owing to the fact that regular calling on one device is present.

The global push-to-talk market is primarily driven by various factors such as the increasing requirement to adopt a communication system that ultimately helps not only in improving productivity that increases the profitability, but also in minimizing the wasted time. Apart from that, the increase in use of cellular phones and the presence of several cellular networks is opening up various opportunities for the growth of Push-To-Talk technology that can find its applications being used in large numbers. The demand for PTT is anticipated to increase, on account of usage of several accessories such as microphones, speakers, headphones for PTT, which in turn is estimated to drive the growth of the market over the forecast period.

The global push-to-talk market is estimated to register a significant CAGR over the forecast period, i.e., 2020-2028. The market is segmented by network type, component, end user and technology. Push-To-Talk over cellular (POC) falling under network type segment is anticipated to witness significant growth, owing to rising number of individuals owning mobile devices and advancements in technologies such as 5G, growing ICT infrastructure and latest Wi-Fi technology being Wi-Fi 6 introduced in the recent past. According to World Economic Forum, ICTs can help improve productivity and reduce costs associated with communication and transactions. Additionally, the BYOD (Bring Your Own Device) system that has set in at various workplaces around the world, wherein, employees are encouraged to use their personal mobile phones to connect with each other is predicted to drive the growth of the market over the forecast period.

Instant and On-demand Communication without any Restrictions

The telecommunication networks have been growing faster over the last two decades starting from 2G and moving further upwards to 3G and now the 4G network that is working much faster than its earlier predecessors including two-way radio communications such as walkie talkie. 4G LTE networks for communication are able to communicate instantly, by which the message is delivered immediately at the press of the button. This is considered to attract the consumers as well as businesses that are using PTT, as communication happens without any restriction and is not confined to use within a specifically allotted time as per specific calling plan.  The number of individuals using social media platform has been rising over the last decade. Social media networking apps such as Facebook and WhatsApp have seen a multifold rise in its user base. The Push-To-Talk voice messaging on social media apps such as WhatsApp that allows users to exchange voice messages such as a single tap of the button by the user that enables recordings and releasing the microphone button to allow the message to be sent to the other user. According to Our World in Data, Facebook has been the most popular social media platform among the users that is currently having a user base of 2.03 billion as of 2017. CLICK TO DOWNLOAD SAMPLE REPORT 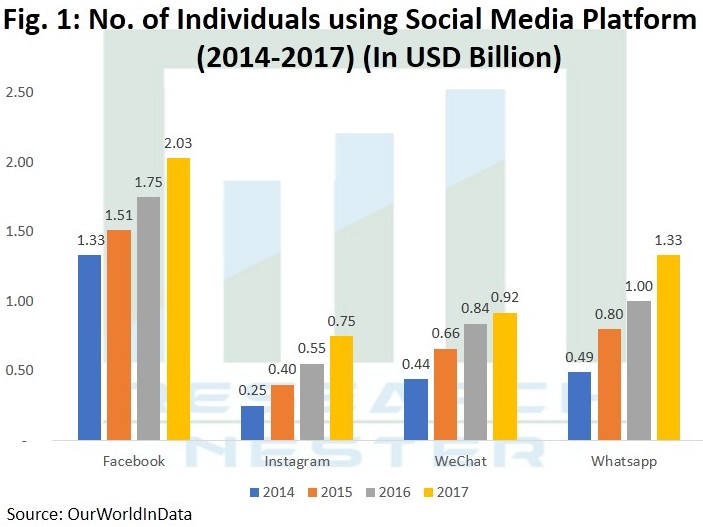 The use of PTT technology on the basis of smartphones, laptops or tablets is being seen as a very efficient and beneficial measure at workplaces, by which a faster and a flexible group communication becomes possible. Moreover, it is being viewed as a cost efficient and secure way of communication. With various commercial operations expanding their reach across various regions in a comparatively professional and coordinated way, the demand for security services that house the latest and advanced technologies has been on the rise globally. The need for surveillance and security has begun on a massive scale, with continued monitoring of attacks that are becoming more and more complex with every passing day. The requirement for a safe as well as systematic security monitoring at important places of businesses such as airports, big venues where events are conducted, shopping malls and other places would require a proper system of patrolling. This can help ensure proper connectivity available internally among the security staff and also with the control centres at the time of inspection.

Some of the factors such as the existence of latency as well as a gap prevalent in communication while engaging in conversation using the PTT technology which means that there is a delay faced between the time a person speaks and the time the other person responds which is observed when the conversation happens over devices such as a walkie-talkie. Moreover, enabling PTT technology also has the potential to affect pricing and network costs for users which is on the higher side. These factors may operate as major restraints to the growth of the market over the forecast period.

On the basis of regional analysis, the global push-to-talk market is segmented into five major regions including North America, Europe, Asia Pacific, Latin America and Middle East & Africa region. The market in North America is anticipated to occupy the highest market share, owing to the region being a pioneer in cellular technologies and the presence of a vibrant and competitive wireless industry. According to CTIA, the usage of mobile wireless data had nearly doubled to reach 28.58 trillion megabytes that was assumed as being equivalent to 250 million people playing Fortnite for 1906 hours. The number of hours spent on digital media such as apps and websites accessed through mobile phones, tablets, computers and other connected devices in the region by the population has been increasing with at least six hours per day being spent on such apps and websites. The market in Asia Pacific region is also anticipated to witness noteworthy demand for Push to Talk technology that could be applied on a mass scale, with countries such as India already having the second largest consumer base of 1.2 billion mobile subscriptions as of September 2018. This is anticipated to offer plenty of opportunities for the application of PTT technology for communication in the region and is estimated to drive the growth of the market over the forecast period. 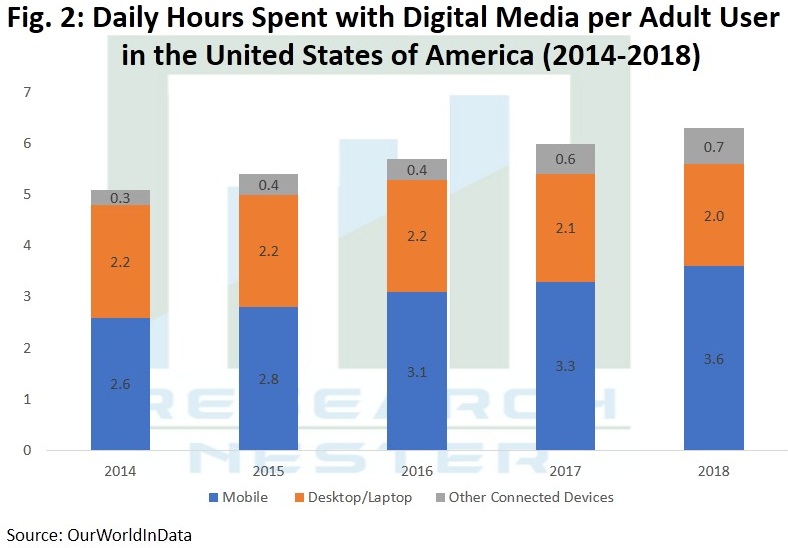 The global push-to-talk market is further classified on the basis of region as follows: