The Micro electro mechanical system sensors uses an innovative technology that has miniaturized mechanical and electro-mechanical elements that are generally used in the medical industries through micro fabrication techniques. Basic elements of MEMS system comprise of actuators, sensors and micro-electronics. The MEMS technology uses sensors mainly actuators. The traditional electro-mechanical accelerometer is replaced by new MEMS accelerometers. They convert raw sensor data from multiple sensors. The continuous development and research in this field has led to development of innovative products by medical technology companies. The introduction of Nano technology in MEMS chip such as biochips, electrophoresis and micro system has led to numerous applications for drug screening and selection. It is a micrometer scale devices that add electrical and mechanical components into one component.

The global micro electro mechanical system sensors market is expected to reach USD 25.9 Billion by 2027 with CAGR of 12.8% from 2018-2027. In the modern world everything is monitored digitally. Increasing demand for the various upgraded applications such as IoT and expansion of automation industry is driving the micro electro mechanical system sensors market.

On the basis of region, the market is segmented into North America, Latin America, Europe, Asia-Pacific, Middle-East and Africa. Asia-Pacific region is expected to lead the market on the account of growing automobile and electronics sector. China and India are the major countries in the micro electro mechanical system market.

North America is also prominent competitor on the account of rising usage of MEMS devices in medical industry. These devices help to control the difficult diseases which cannot be diagnosed by traditional devices. In Europe countries such as UK, France and Germany are investing in R&D to produce most effective equipment which uses digital technology. CLICK TO DOWNLOAD SAMPLE REPORT 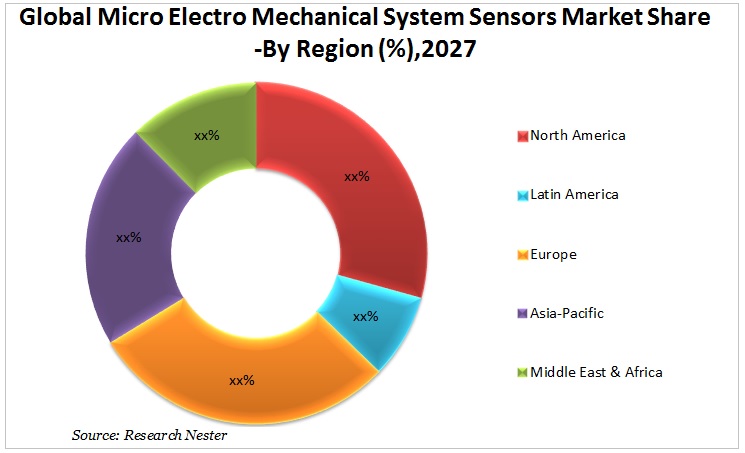