Around 194 million people around the world have diabetes, and the World Health Organization estimates the number of incidences to reach 366 million by the year 2030. Insulin is the most vital and a natural pre-prohormone manufactured by INS gene (insulin gene) by islets of langerhans in pancreas by letting body to take up glucose as energy source. Insulin averts hyperglycemia and maintains blood sugar levels in synchronization with glucagon. Frederick B and John M were Nobel Prize winners in 1923 in Medicine for the discovery of Insulin. This served as a breakthrough in history of diabetes management as the death rate owing to diabetes considerably decreased after its discovery. Diabetes is a most common health problem causing high blood sugar level resulting into excessive thirst and large amount of urine production. It sources secondary health related complications for instance hyperosmolar hyperglycemic states, diabetic ketoacidosis and other severe complications such as heart attack, stroke, leg amputation, kidney failure leading to premature death.

In contrast to recombinant human insulin there is bigger share for insulin analogues owing to its better efficiency with quick and long-term effects. Also in comparison to sore conventional approaches of insulin dispersion by injections, usage of inhaled insulin is predicted to have larger share in insulin management system market. Inhaled insulin is easy to dispense, acts fast and is expelled from body in less time. Thus, Insulin that is affordable, easily accessible, effortless to administer, acts fast with long-term effect and fast removal from body is estimated to grip sturdy position in insulin management system market. 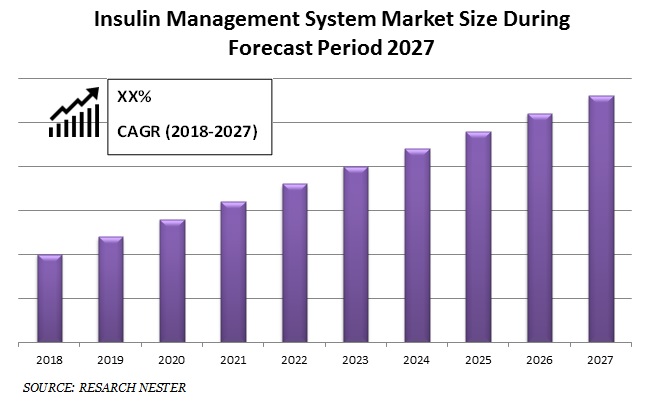 By Mode of Action

Global Insulin managements Market is further classified on the basis of region as follows: 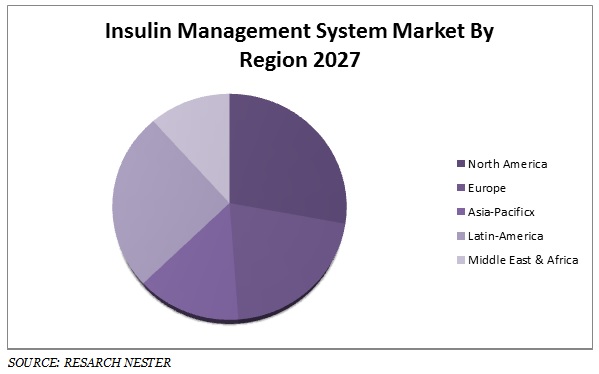 World Diabetes Foundation has estimated that, there will be 438 million people with diabetes by 2030 which infers requirement for insulin management system market will attend escalating diabetes population. Insulin management system displays a promising market growth owing to high worldwide existence and occurrence, wide-range research and development in technology for efficient insulin delivery systems and support from government and health care centers in making insulin management systems available all over the world. According to WHO (World Health Organization) since 1980 till present, the worldwide occurrence of diabetes in adult population has increased from 4.7% to 8.5%. While in past ten years the occurrence of Diabetes in low and middle income countries is greater than in higher income countries.

Also, according to research carried out in University of Florida it was found that the deaths of children with type I diabetes is due to insufficient access to Insulin management systems owing to its high costs.

Thus, absence of low-priced or inexpensive insulin management system can impede its market growth while its obtainability would upsurge market size and demand in low and middle income countries.

The Global Spine Device Market is segmented as follows: