Extensive insights into the Growth of Industry 4.0 Market amidst COVID-19

Industry 4.0 is referred to the fourth industrial revolution for industries, and the factories are known to have machines which are augmented with wireless connectivity and sensors. These devices are connected to a system that can visualize the entire production line and make decisions on its own. 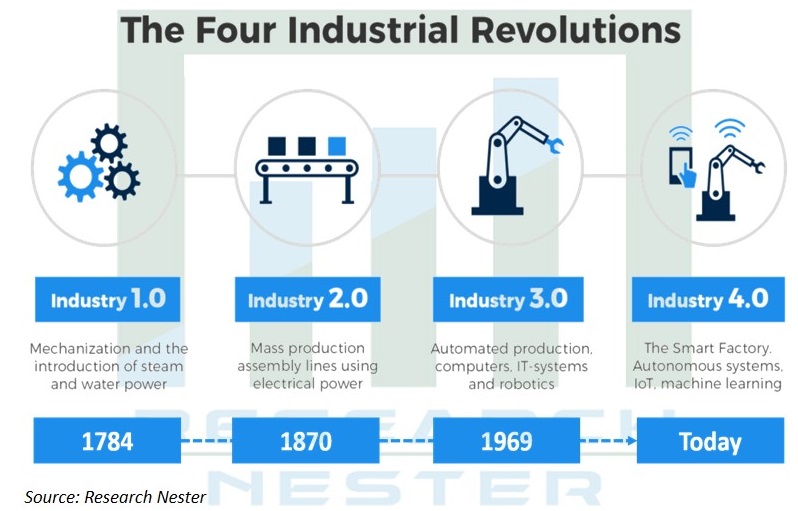 The global industry 4.0 market is thriving on the back of growing need for industrial automation, upsurge in the use of robot technology and increase in government expenditure on digitalization. Additionally, growing need for automation of industrial processes on the back of decreasing labour productivity, high labour costs, and the need for visualizing data in real-time streams, all of these factors are anticipated to contribute towards the growth of the global industry 4.0 market.

The market is anticipated to record a CAGR of around 10.19% throughout the forecast period, i.e. 2019-2027. The global industry 4.0 market is segmented by technology into industrial robotics, cyber security, internet of things (IoT), 3D printing, advanced human-machine interface (HMI), big data, augmented reality & virtual reality, artificial intelligence and others. The industrial robotics segment is further sub-segmented into collaborative industrial robots, SCARA robots, parallel robots, cartesian robots, and others, out of which, SCARA robots sub-segment is anticipated to hold the largest market share on the back of growing need amongst end user industries, such as, automotive, food and beverage, semiconductor and chemical & petrochemical among others to leverage their production capacities. Additionally, the U.S. SCARA robotics market is anticipated to achieve a CAGR of 8.41% over the forecast period (2019-2027), whereas, the EMEA SCARA robotics market is anticipated to reach a CAGR of 7.45% over the forecast period (2019-2027). 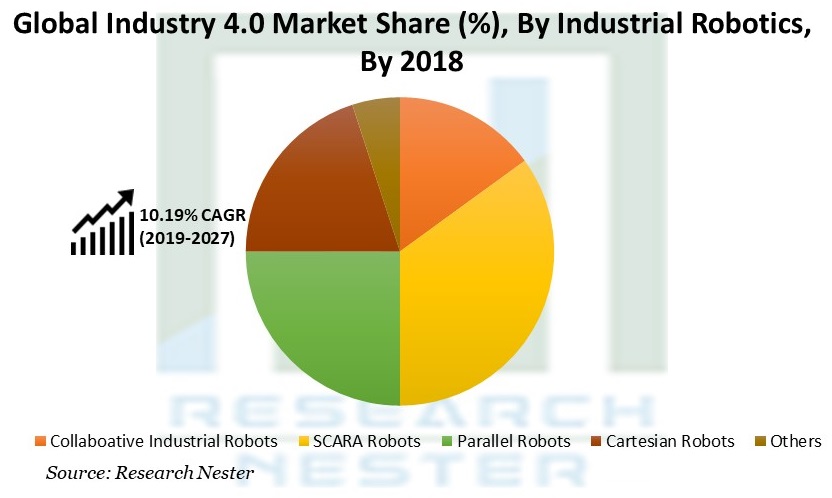 According to International Federation of Robotics (IFR), robot installations in the world increased by 6% to 422, 271 units with a value worth USD 16.5 billion in the year 2018. Furthermore, automotive industry remained the largest customer for the year 2018 with a share of 30% of total robot installations. CLICK TO DOWNLOAD SAMPLE REPORT 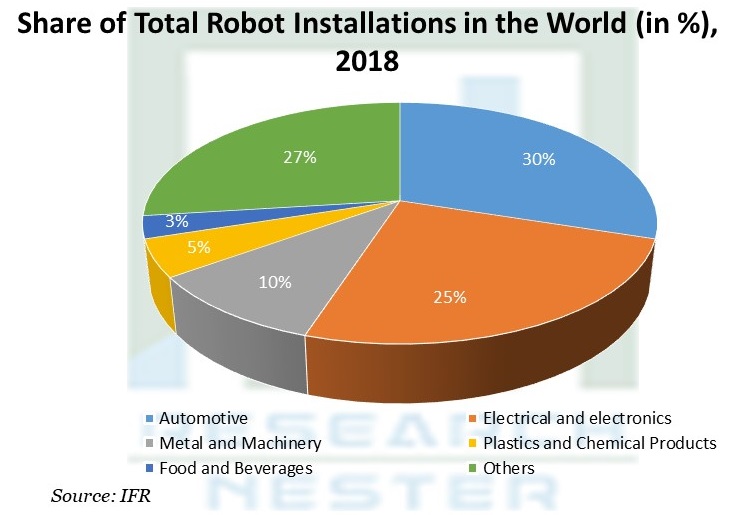 Rising utilization of industrial robots and the increasing use of sensors in industries, all of these factors are encouraging towards the development of the global industry 4.0 market. The need for operational efficiency amongst industries so as to optimize costs and thereby maintain their output quality, along with the deployment of internet of things, all of these factors together are contributing towards the global industry 4.0 market. Additionally, the industrial internet of things (IIoT) market, which is anticipated to achieve a CAGR of around 15.12% during the forecast period is also contributing significantly towards the growth of the industry 4.0 market.

Increased Focus on Efficiency and Cost of Production 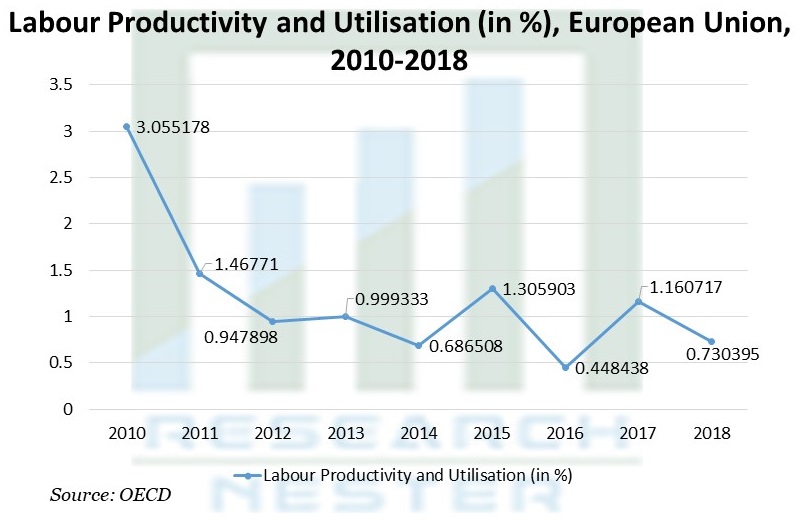 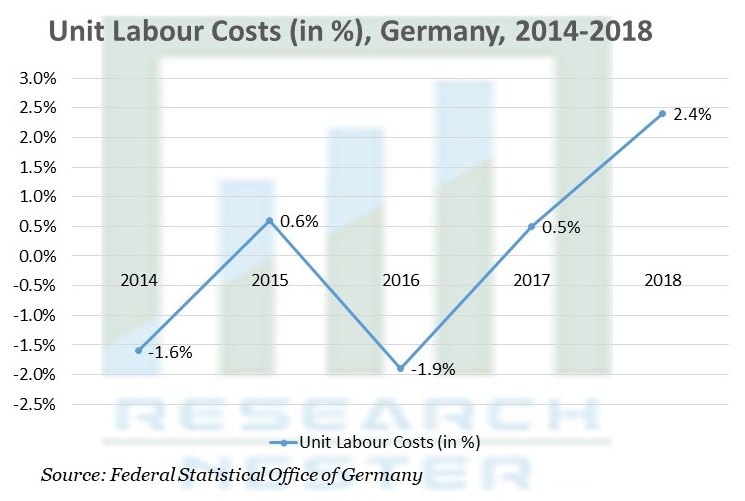 Rising costs of labour is also raising the total operational costs of industries. Furthermore, such a factor is also affecting the overall effectivity of the organization, which is inducing companies to optimize their cost of production. Adoption to automated systems by the industries, supported by the favorable initiatives of the government, for instance, Plattform Industrie 4.0 (Germany), Made in China 2025 (China), Make in India (India), and others, all of these factors are anticipated to act as key driving factors for the global industry 4.0 market.

Industry 4.0 includes automation by the deployment of sensors which are interconnected by the internet. Lack of standardization for data transmission raises security concerns as the data generated prove to be vital for the industry. Such a factor is anticipated to act as a barrier to the growth of the global industry 4.0 market.

Our in-depth analysis of the global industry 4.0 market includes the following segments:

Asia Pacific is anticipated to hold the largest market share on the back of government of the nations such as China, Japan and India among others, who are promoting Industry 4.0 initiatives in their countries, such as Made in China 2025, Make in India and Industrial Value Chain Initiative in Japan.

The global industry 4.0 market is further classified on the basis of region as follows: