Air purifiers are referred to all those devices which removes contaminants from the air inside an enclosed area so as to improve the indoor air quality. Primarily targeted as a marketing strategy for common people to benefit allergy sufferers and asthmatics, air purifiers also find commercial applications, for instance, to remove impurities such as carbon dioxide, smoke particles and others.

Air Purifier purifies the air in two most common ways: active and passive. Active air purifier releases negatively charged ions into the air. Pollutants in the air stick to these ion surface. On the other hand, passive air purifier uses air filters to remove pollutants, and is more effective than active air purification process.

Air purifier acts against the two types of pollutants: Primary and Secondary pollutant. A brief insight on the type of air pollutants is given below: 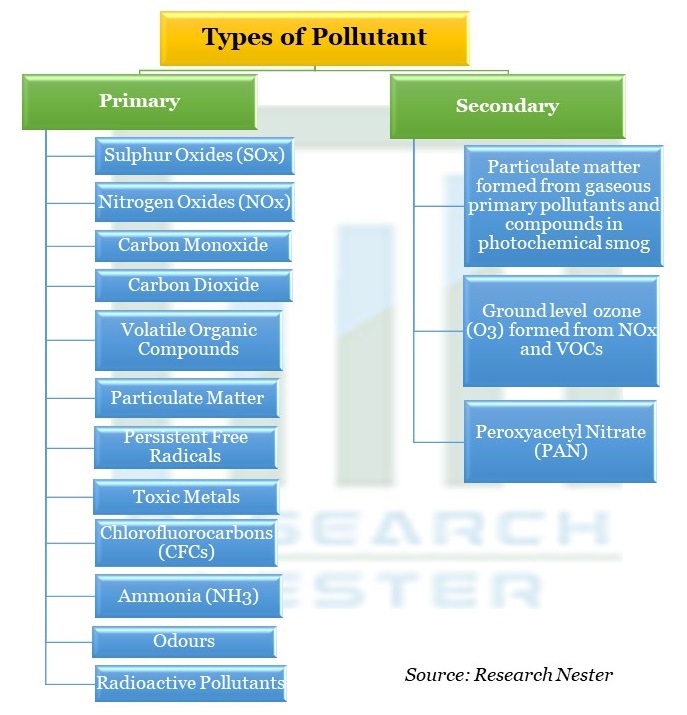 The Indian air purifier market is observing vibrant growth on account of factors such as growing air pollution, rising awareness amongst people for diseases linked to air pollution, for instance, asthma, diabetes, premature deaths, intellectual disability, and menstrual health among others, coupled with reducing life expectancy of the people. According to a report by the World Health Organization (WHO), air pollution was responsible for 7 million premature deaths around the globe in the year 2016, out of which, almost 600,000 were children under 5 years old. Another report by the Centre for Science and Environment (CSE), air pollution in India is responsible for 30% premature deaths, cancer and mental diseases. Furthermore, dividing the nation into sub-regions, i.e. North, South, East and West India, the market is anticipated to observe rapid growth in Northern India owing to greater pollution levels in the sub-region. CLICK TO DOWNLOAD SAMPLE REPORT 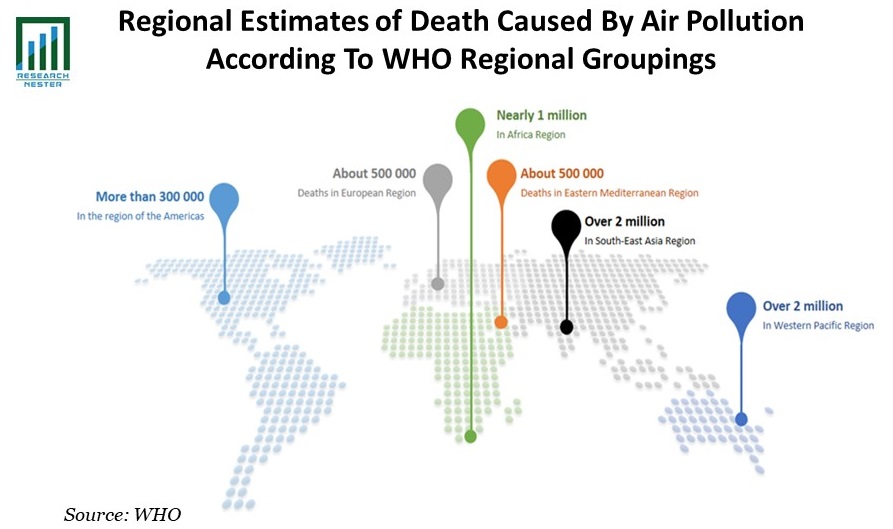 The market is anticipated to record robust CAGR throughout the forecast period, i.e. 2019-2027. The Indian air purifier market is segmented by end user into residential, commercial and others, out of which, the residential segment is estimated to occupy the highest market share, owing to various air borne diseases that can affect children who may generally have a weak immune system and are likely to remain susceptible to such diseases. 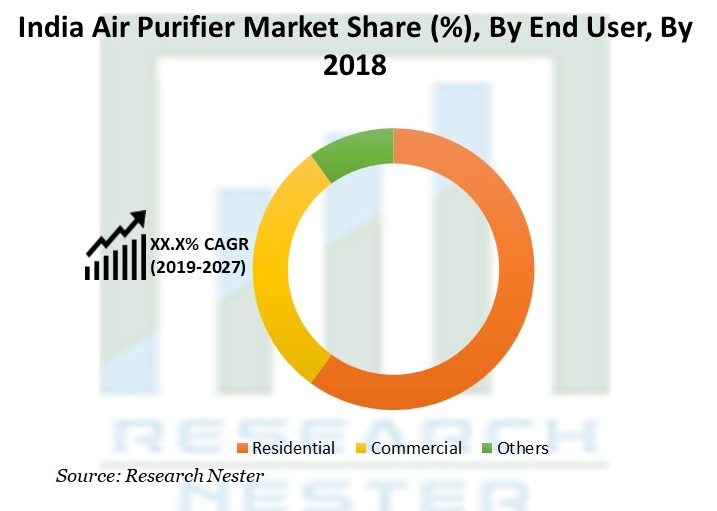 The air pollution level is measured by a measuring indicator known as the air quality index (AQI). These data are used by the governmental agencies to inform the public about the current as well as forecast data of air pollution. When there is a rise in AQI, risks for public health increases accordingly. 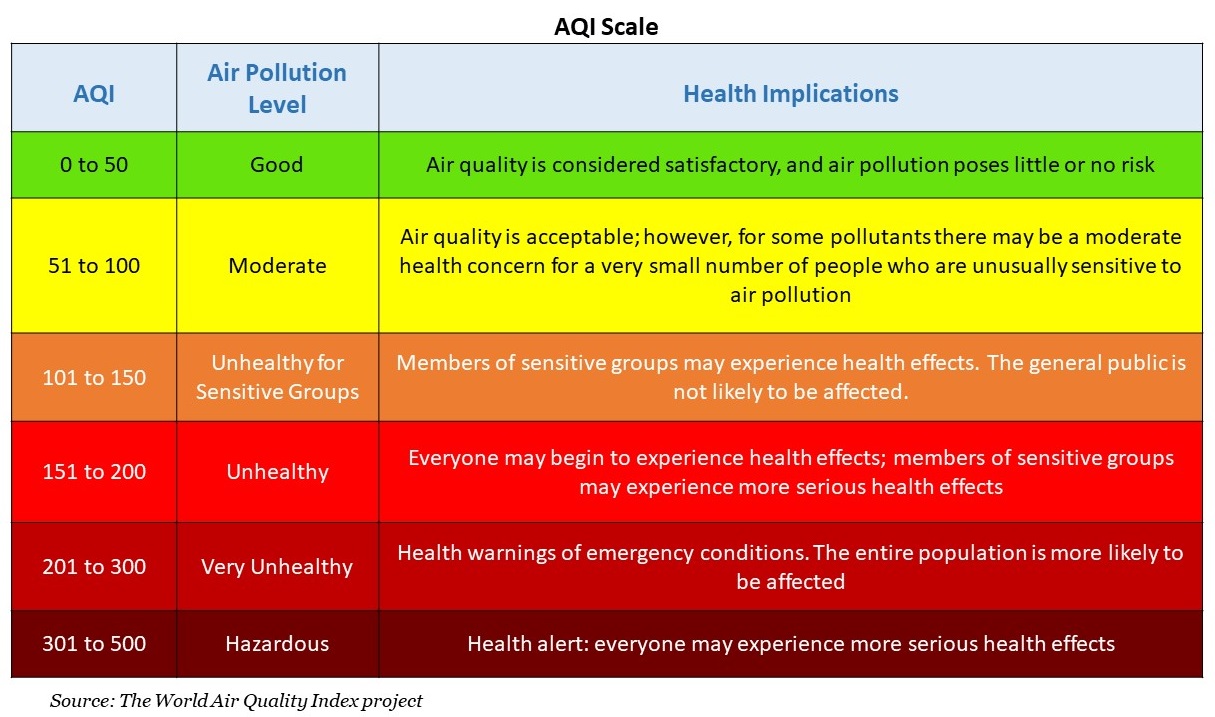 Various states in India observed rising air pollution levels with limits reaching around 999 AQI. The pollution goes to extreme levels especially during winters, when the nation observes various festivals, mostly Diwali, which symbolizes the spiritual victory of light over darkness. Further, many states in the nation observes “jhum cultivation” which is also known as the slash and burn agriculture, thereby contributing significantly to the rising air pollution levels. According to The World Air Quality Index project (AQI), on 3rd of November, 2019, at around 2pm, in Delhi (India), recorded an extreme level of around 999 AQI. 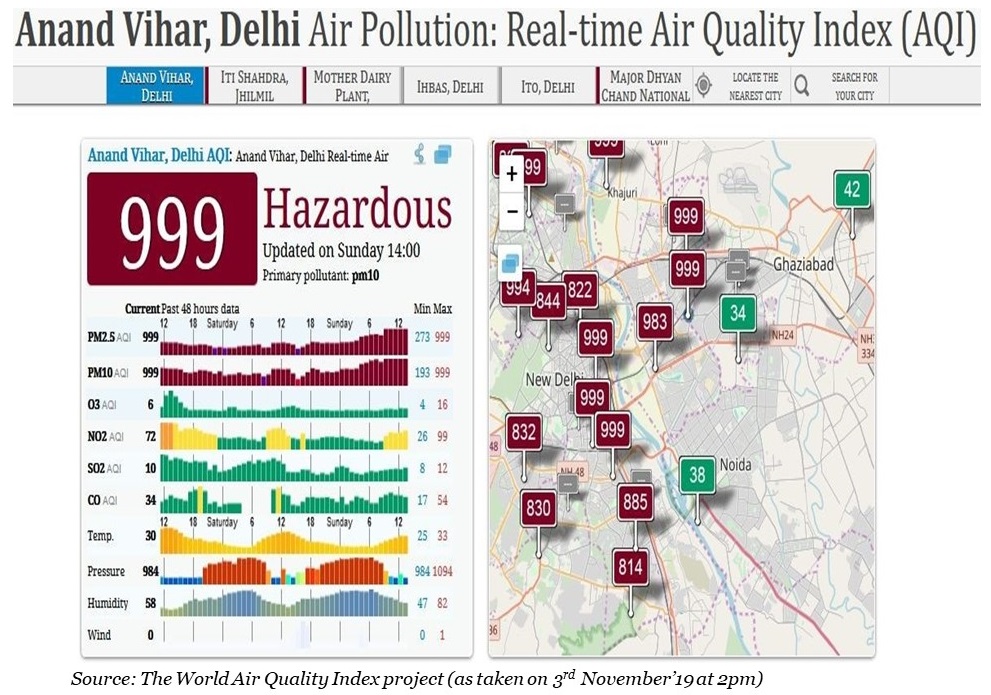 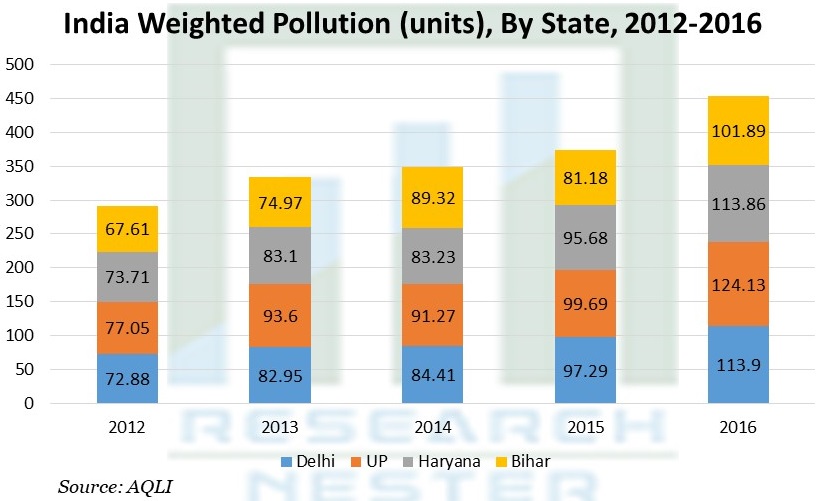 The increasing concerns for rising air pollution levels across the country and the awareness of the threats associated to the increasing AQI levels amongst consumers, all of these factors are anticipated to fuel the growth of the India air purifier market.

According to Centre for Science and Environment (CSE), every third child in Delhi (India) alone have impaired lungs due to the high level of pollutants that are present in the city’s air. The report also added that life expectancy in India grew down by 2.6 years owing to outdoor and household air pollution together. Growing concerns amongst consumers for health diseases associated with the rising air pollution levels across the nation is anticipated to promote significantly towards the growth of the India air purifier market over the forecast period. 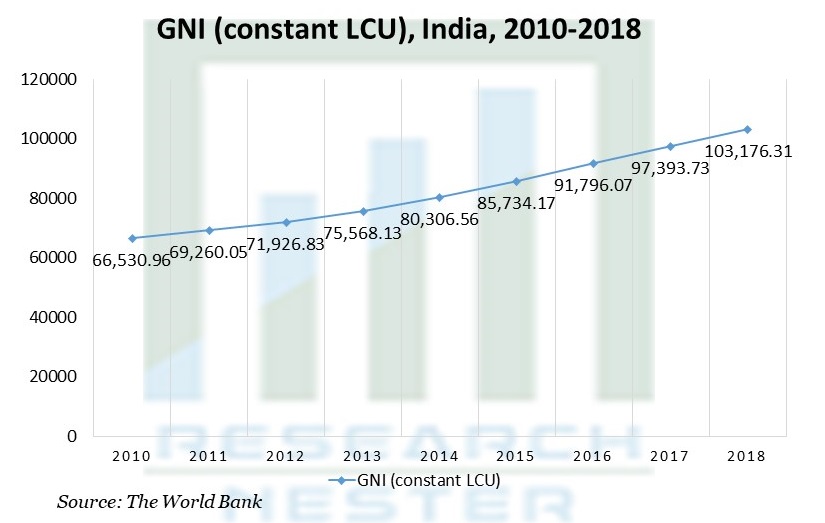 The cost of production of air purifiers is often very high owing to the high price of the various air filters used in the devices, thereby affecting the cost of the end-product. The resulting factor might pose as a major barrier restricting the low-income populations from availing the product. Additionally, high maintenance cost of air purifiers is also anticipated to act as a barrier to the growth of the India air purifier market.

Our in-depth analysis of the India air purifier market includes the following segments: