The global immigration control system market is estimated to garner a sizeable revenue and grow at a remarkable CAGR over the forecast period, i.e., 2022 – 2030. The growth of the market can be attributed to the increasing requirement for advanced border security solutions, and growing territorial conflicts and geopolitical instabilities around the world. Furthermore, developed and developing countries are emphasizing on the upgradation of existing immigration control system infrastructure, since the last few years. This is projected to offer profitable opportunities to the market in the near future. 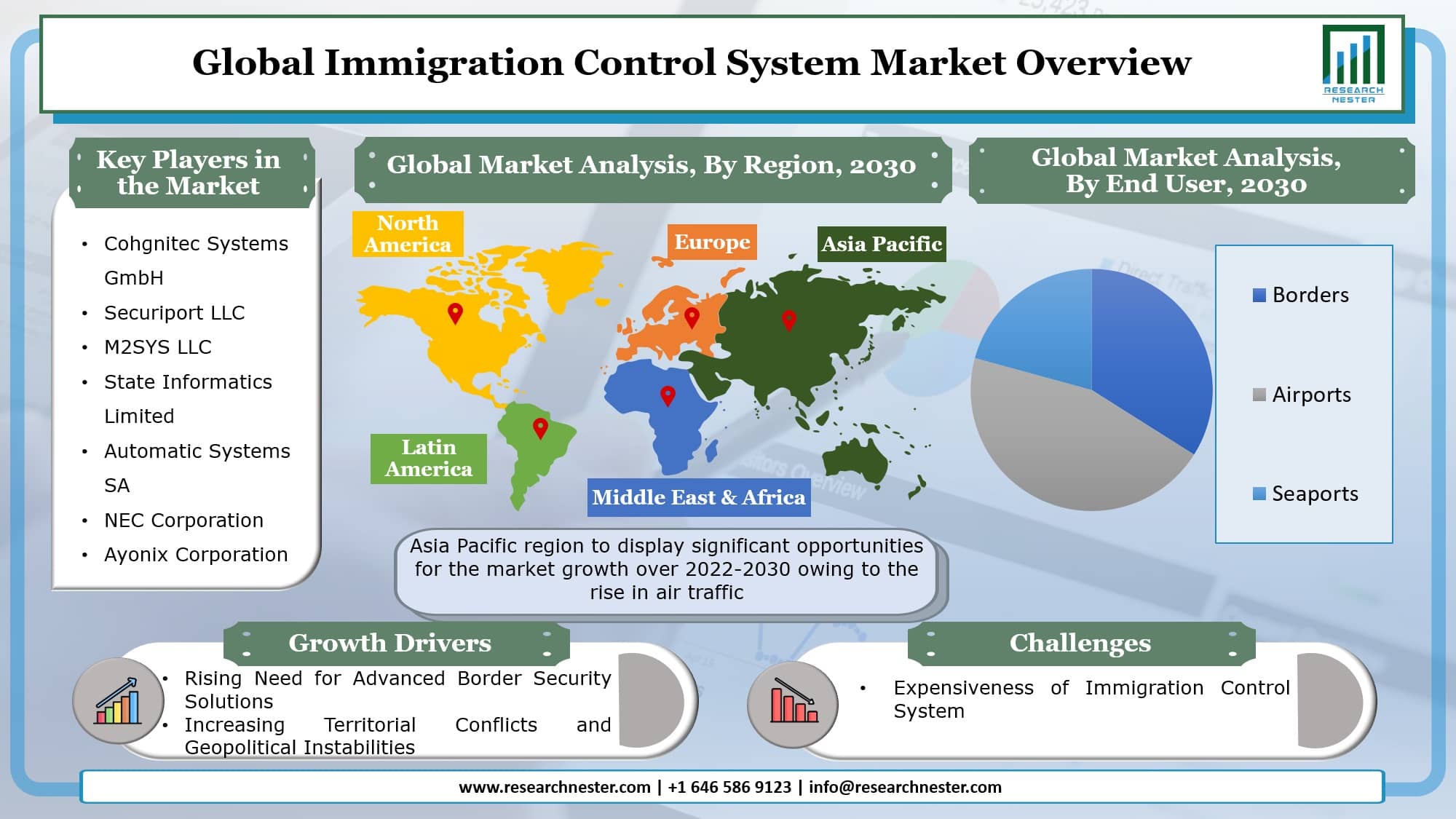 Along with these, rising number of travelers globally, and emergence of microprocessor-based passports are also significant factors expected to impel the market growth in the forthcoming years. According to the World Bank, the number of international inbound tourists in 2019 was 2.28 billion, up from 2.221 billion and 2.135 billion tourists in 2018 and 2017 respectively. 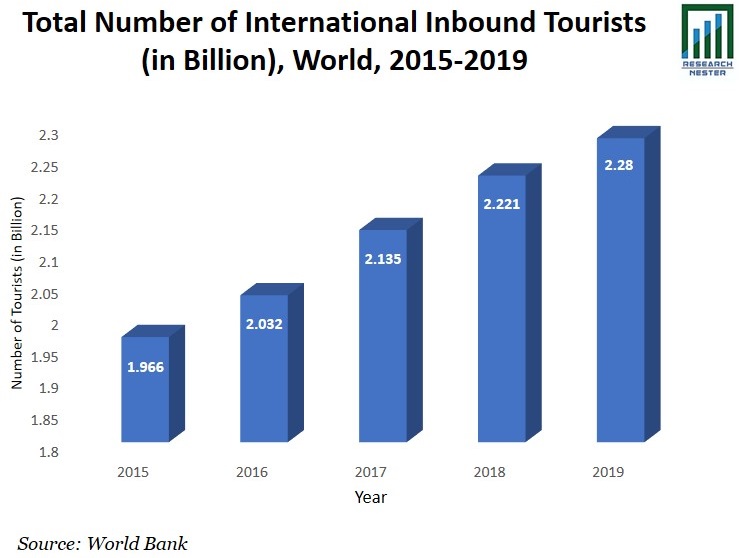 The market is segmented by end user into borders, airports, and seaports, out of which, the airports segment is anticipated to hold the largest share and witness the highest growth in the global immigration control system market. This can be accounted to the increasing number of airports, coupled with the rise in air traffic across the globe. Apart from these, growing threat of terrorist attacks, and deployment of stringent regulations at airports by international authorities are also predicted to boost the market segment’s growth in the imminent time. Additionally, on the basis of offering, the software segment is evaluated to occupy the largest share during the forecast period owing to the rising usage of automated, self-service facilities at airport, including strong push behind biometrics, particularly face recognition.

On the basis of geographical analysis, the global immigration control system market is segmented into five major regions including North America, Europe, Asia Pacific, Latin America and the Middle East & Africa region. The market in Asia Pacific is estimated to witness noteworthy growth over the forecast period on the back of the growing air traffic, coupled with escalating focus on tourist activities in the region. Moreover, the market in Europe is projected to acquire the largest share during the forecast period, which can be credited to the increase in incidents of document fraud and identity theft, and rising threat of cybercrime in the region. There were more than 41,000 data breaches across Europe between mid-2018 and early 2019. On an average, about 175,000 incidents of identity fraud occur every year in the United Kingdom. In addition, high emphasis on border management by governments and border agencies are also anticipated to impel Europe’s market growth in the coming years. 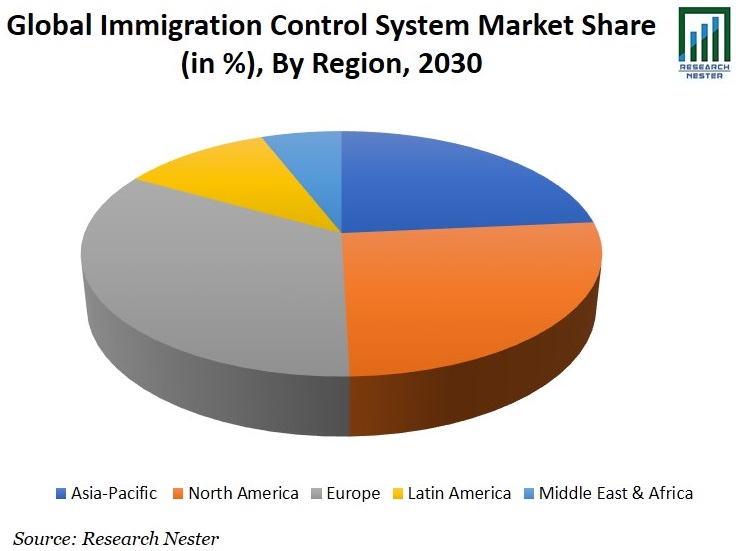 The global immigration control system market is further classified on the basis of region as follows:

1) What are the major factors driving the growth of the immigration control system market?

2) What would be the CAGR of immigration control system market over the forecast period?

3) What are the challenges affecting the immigration control system market growth?

4) Which region will provide more business opportunities for growth of immigration control system market in future?

5) Who are the major players dominating the immigration control system market?

7) What are the segments in the immigration control system market?

Ans: The market is segmented by offering, verification, end user, and by region.

8) Which segment captures the largest market size in the offering segment in the immigration control system market?

Ans: The software segment is anticipated to hold largest market size and is estimated to grow at a notable CAGR over the forecast period and display significant growth opportunities.