The global hydrogen fuel cell vehicle market is estimated to grow at a CAGR of ~65% over the forecast period, i.e., 2022 – 2030. Hydrogen fuel is a carbon free fuel, which burns with oxygen, and produces water as the only residue. Hydrogen fuel cell are internal combustion engines, which power the vehicle with clean fuel. The growth of the market can be attributed to the advancement in hydrogen fuel technology, and growing production of hydrogen fuel cell vehicles. The surge in the demand for hydrogen vehicles is also estimated to boost the market growth. The increasing awareness regarding the vehicular pollution, and the adverse health effects of pollution amongst the people is another major factor projected to boost the market growth. According to the data by the World Health Organization (WHO), 99% of the global population breathes the air that exceeds WHO guidelines. 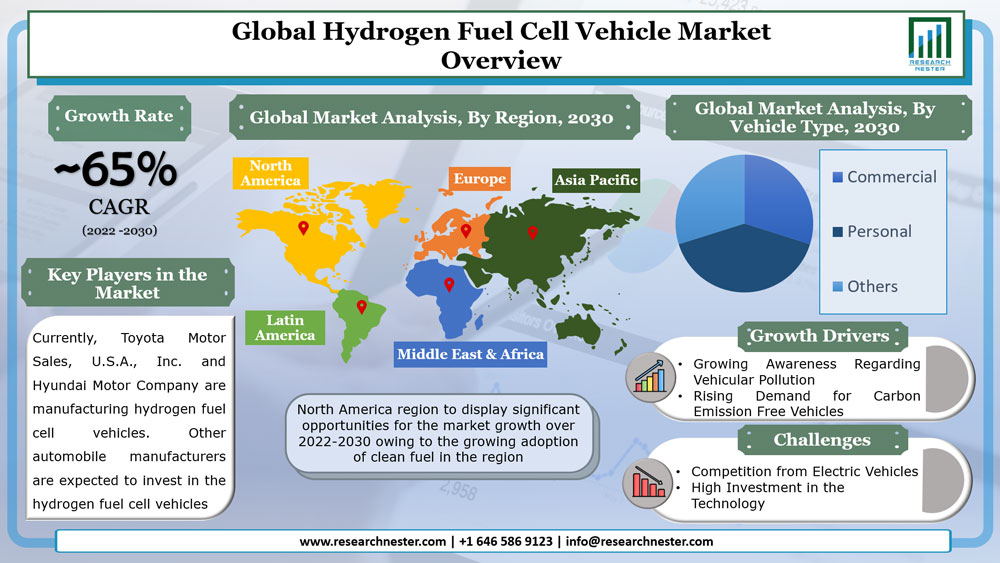 Vehicular pollution or the pollution caused by vehicles is responsible for a major share of air pollution, as vehicles emit significant amount of unburnt carbon and other toxic gases. The growing government initiatives to curb the vehicular pollution is also estimated to boost the market growth. For instance, Clean Air Act was passed in the United States in 1970, which gave Environment Protection Agency (EPA) the legal authority to regulate pollution from vehicles. EPA stated in a report that the passenger vehicles in U.S. are 98 to 99% less polluting in 2019 as compared to the 1960s. Currently, only a few automotive manufacturers are producing hydrogen fuel cell powered vehicles.

The growing demand for clean vehicles amongst consumers, is also expected to boost the market growth. The rising sale of electric vehicles is clear evidence of the transformation of the automotive industry. According to the data by the International Energy Agency (IEA), 2.1 million electric cars were sold globally in 2019, resulting in 7.2 million total electric cars running across the globe.

The market is segmented by vehicle type into commercial, personal, and others, out of which, the personal segment is anticipated to hold the notable share in the global hydrogen fuel cell vehicle market over the forecast period on account of growing demand for hydrogen fuel cell powered cars amongst philanthropists and environmentalists, backed by the environmental-friendly nature of the vehicle. However, due to the high cost of the vehicle, the commercial segment is growing at a slower pace.

On the basis of geographical analysis, the global hydrogen fuel cell vehicle market is segmented into five major regions including North America, Europe, Asia Pacific, Latin America and Middle East & Africa region. The market in Asia Pacific region is estimated to witness growth with highest CAGR over the forecast period on the back of growing adoption of clean-fuel vehicles in China and other countries. According to the report by IEA, over 3.349 million electric cars were running in China. Moreover, presence of major automotive manufacturers in the region, is estimated to boost the market growth. 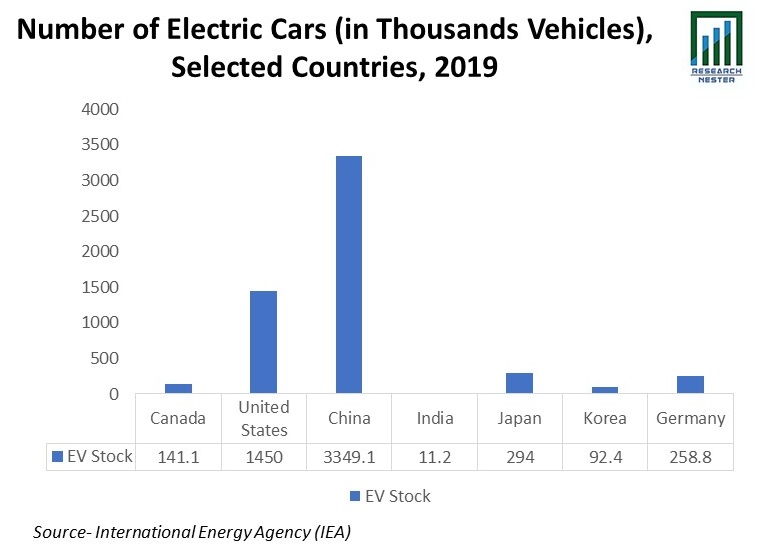 The market in the North America region is anticipated to gain the notable market share throughout the forecast period owing to the rising adoption of electric vehicles in the region, high individual disposable income, and growing environment awareness amongst people. 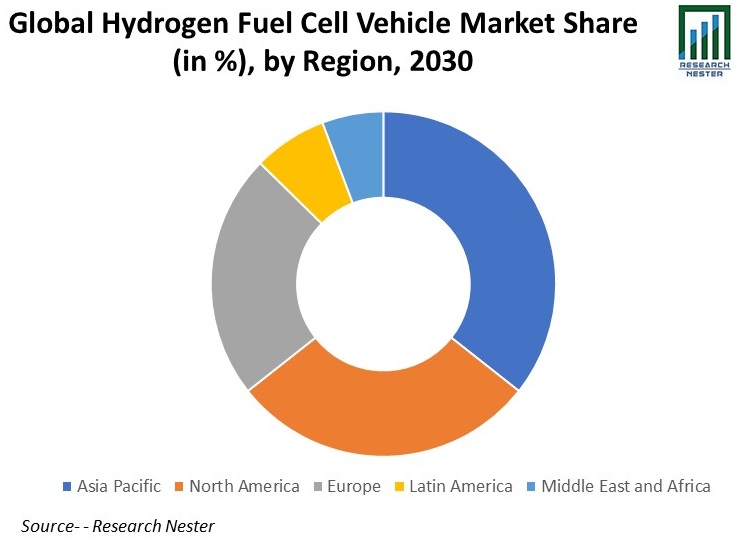 The global hydrogen fuel cell vehicle market is further classified on the basis of region as follows:

What are the major factors driving the growth of the hydrogen fuel cell vehicle market?

The growing adoption of clean fuel powered vehicles across the globe is estimated to primarily boost the market growth.

What would be the CAGR of hydrogen fuel cell vehicle market over the forecast period?

What are the challenges affecting the hydrogen fuel cell vehicle market growth?

High cost of vehicle, requirement of huge investment, and high competition from electric vehicle are estimated to hamper the market growth.

The market in the Asia Pacific is estimated to will provide more business opportunities over the forecast period, owing to the growing adoption of clean fuel in the region.

Who are the major players dominating the hydrogen fuel cell vehicle market?

The major players in the market are Toyota Motor Sales, U.S.A., Inc. and Hyundai Motor Company, among others.

What are the segments in the hydrogen fuel cell vehicle market?

The market is segmented by vehicle type, technology, and by region.

The personal segment is anticipated to hold largest market size over the forecast period and display significant growth opportunities.