The global handheld imagers market is estimated to garner significant revenue by the end of 2031 by growing at a CAGR of ~12% over the forecast period, i.e., 2022 – 2031. Further, the market generated modest revenue in the year 2021. The growth of the market can be attributed primarily to the advancements in technology and improved manufacturing processes. It was observed that nearly 82% of manufacturers cited smart factories as a key to their future success in 2021. The manufacturing industry is increasingly embracing new technologies, such as robotics in R&D and computer vision in warehouses. This factor enhances the manufacturing of advanced digital products on a large scale, which is expected to enlarge global handheld imagers market during forecast period. 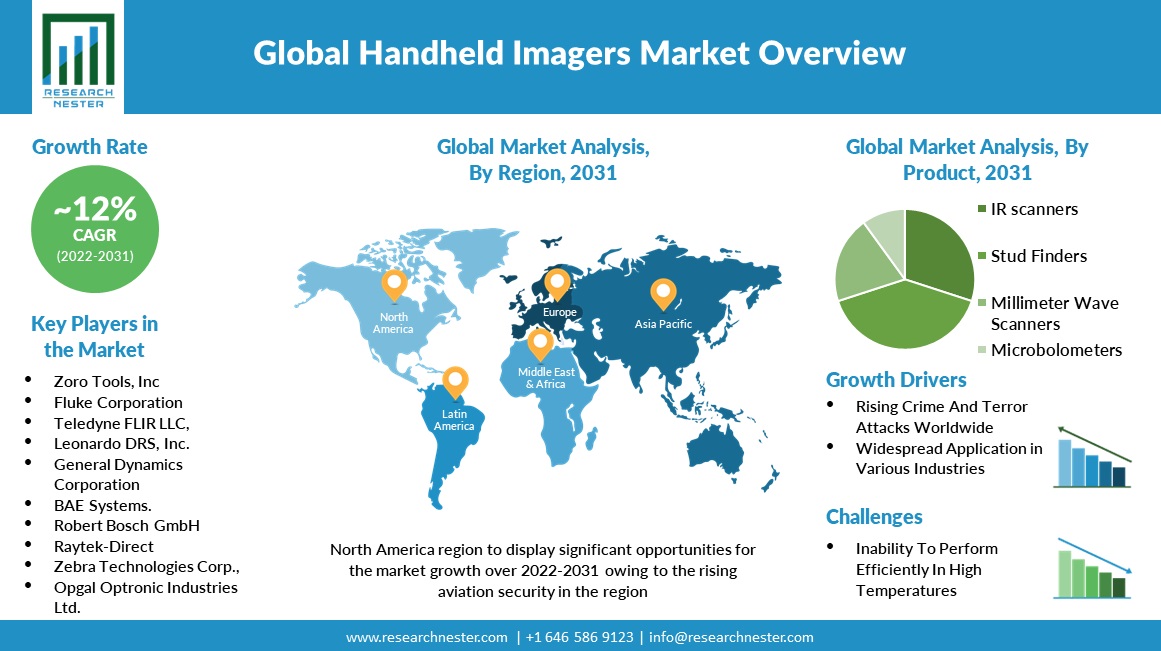 Handheld imagers have many advantages, including the ability to scan barcodes, verify a person's age, and scan documents. An infrared (IR) camera captures images by using infrared radiation and thermal energy to obtain information about things in low-light environments. Moreover, in order to provide innovative products, companies invest a lot in research and development operations. For instance, a combined amount of USD850 billion was spent on R&D by the Top 1000 Companies in 2018. R&D expenditures by the Top 1000 companies represented about 35-40% of all global R&D spending. To maximize profits, companies focus on improving and ensuring robust distribution channels and technical services. Furthermore, security concerns, advancements in technology along with increasing adoption in a variety of applications such as security, medical, construction and industrial areas are other factors anticipated to drive global handheld imagers market during forecast period.

The global handheld imagers market is segmented and analyzed for demand and supply by product into IR scanners, stud finders, millimeter wave scanners, microbolometers. Among these segments, the stud finders segment is anticipated to capture the largest market size in the global handheld imagers market owing to the increasing demand for finding the right base and strength for houses. Stud Finder is a portable device used to find studs by detecting variations in the density of the wall, such as drywall on wood structures. Moreover, product developments and advancements are further expected to drive segment growth. For instance, A stud finder manufacturer, Zircon Corporation, launched the SuperScan K2, K4, and ExitPoint XL500 Through-Hole Drill Guides at the International Hardware Fair 2022 in Köln.

Regionally, the global handheld imagers market is studied into five major regions including North America, Europe, Asia Pacific, Latin America and Middle East & Africa region. Amongst these markets, the market in North America is projected to hold the largest market share by the end of 2031. With increasing government regulations on aviation security and terrorist threats, the demand for handheld imagers is expected to rise in the region during the forecast period. For instance, the U.S. Department of Homeland Security is raising the baseline for aviation security internationally. There are over 280 last-point-of-departure airports in 105 countries offering direct commercial flights to the U.S. Moreover, rising criminal activities and security concerns in the region are also anticipated to drive market growth during the forecast period. 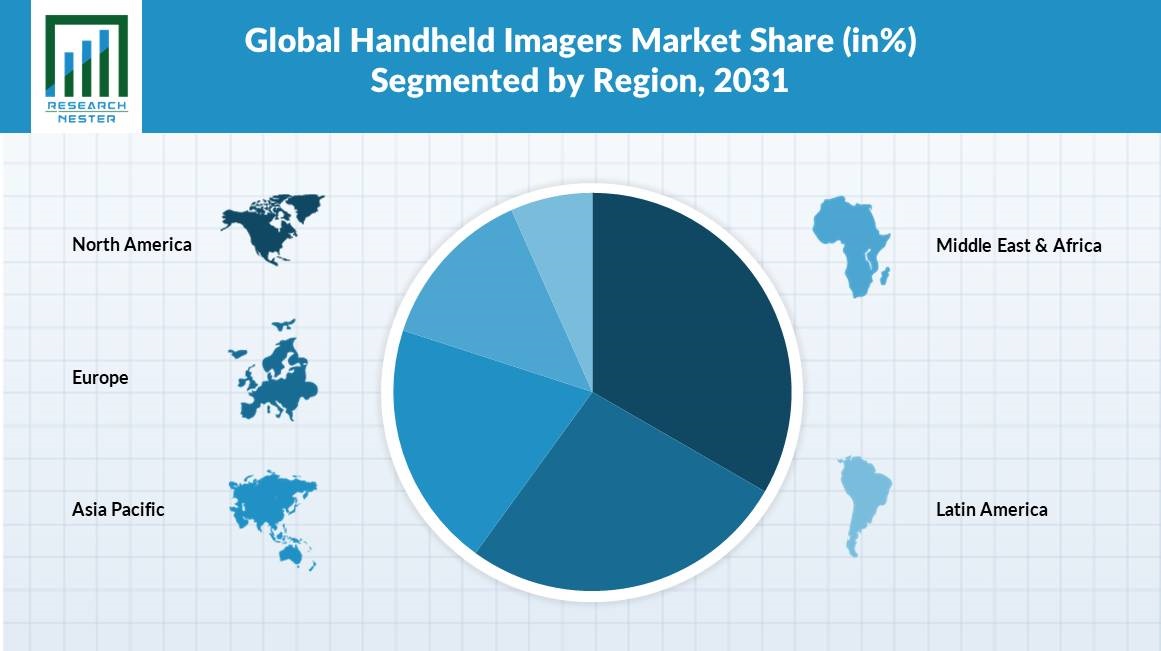 The global handheld imagers market is further classified on the basis of region as follows:

Our in-depth analysis of the global handheld imagers market includes the following segments:

What are the major factors driving the growth of the handheld imagers market?

Rising terrorism and criminal attacks along with widespread use in various industries such as security, medical, construction and industrial areas are the major factors driving the growth of the handheld imagers market.

What would be the CAGR of handheld imagers market over the forecast period?

What are the challenges affecting the handheld imagers market growth?

Inability to perform efficiently in high temperatures along with availability of non branded handheld imagers are challenges expected to hinder market growth.

Which region will provide more business opportunities for growth of handheld imagers market in future?

Who are the major players dominating the handheld imagers market?

What are the segments in the handheld imagers market?

The market is segmented by product, application, and by region.

Which segment captures the largest market size in product type in the handheld imagers market?

The stud finders segment is anticipated to garner the largest market size by the end of 2031 and display significant growth opportunities.