The term Wi-Fi is referred to the networking technology which utilizes radio waves to provide high speed internet and network connections. Guided by the trademark Wi-Fi of the non-profit Wi-Fi Alliance, the technology operates on a set of integrated circuit for transfer and communication of data over the wireless network. These integrated circuits are known as the Wi-Fi chipsets, and they find utilization in variety of IoT devices, for instance, smartphones, home security devices, and others. 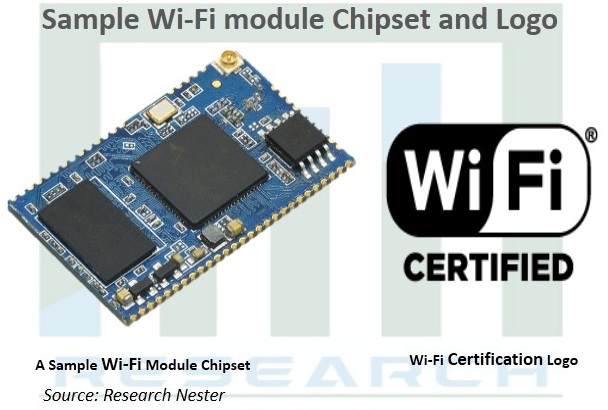 According to Wi-Fi Alliance, global economic value of Wi-Fi was nearly USD 2 trillion and it is growing with 4 billion Wi-Fi enabled devices to be shipped in the year 2018 and other 13 billion devices already in use, making a total of 21 billion devices.

The global Wi-Fi chipset market is observing vibrant growth on account of growing adoption of wireless communication devices worldwide and the growing IoT market, which is expected to achieve a market valuation of USD 2108.2 Billion by 2023 at a CAGR of 17.56% over the forecast period 2016-2023. Additionally, the need for fast wireless data transmissions over Wi-Fi and the technical advancements observed in the field of Wi-Fi technology, all of these factors are anticipated to contribute significantly towards the growth of the global Wi-Fi chipset market. CLICK TO DOWNLOAD SAMPLE REPORT

Owing to technical advances and dynamic changes in mobile spectrum technology, internet connectivity has observed massive growth in its data transmission speed. Such a factor has also helped in the development of the IoT industry with an increase in the IoT devices. Increasing adoption of IoT devices, which includes connected home devices is anticipated to grow at a robust pace with the changes in internet technology. According to The GSM Association (GSMA), 9 billion IoT connections were recorded in the year 2018, and it is further anticipated to reach 25 billion IoT connections by the year 2025. 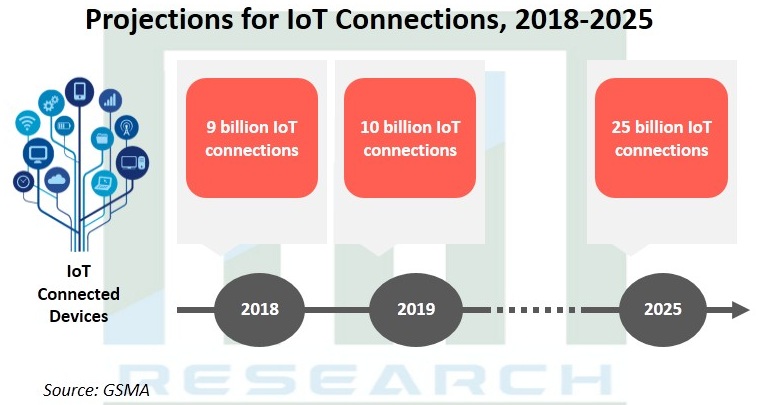 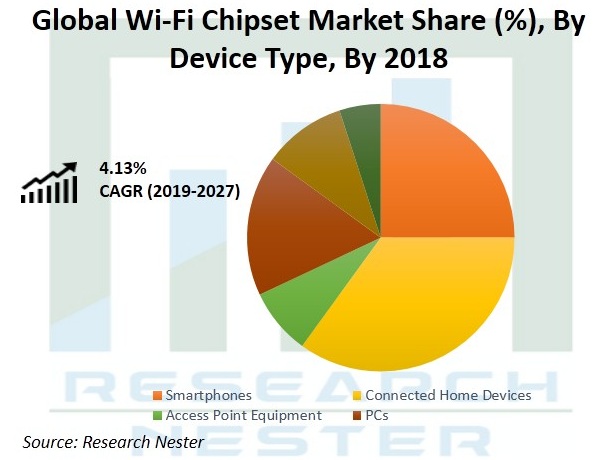 WiGig or Wireless Gigabit Alliance is a trade association between The Wi-Fi Alliance and numerous other technology companies. It developed the multi-gigabit per second speed wireless communications technology and promotes for the adoption of this technology, which operates over the unlicensed 60GHz frequency band. Owing to the demand for greater data transfer speed over Wi-Fi, and the rising adoption of wireless communicating devices, WiGig technology is anticipated to drive the demand for highly efficient and technically advance Wi-Fi chipsets. Such a factor is anticipated to contribute significantly towards the growth of the global Wi-Fi chipset market. 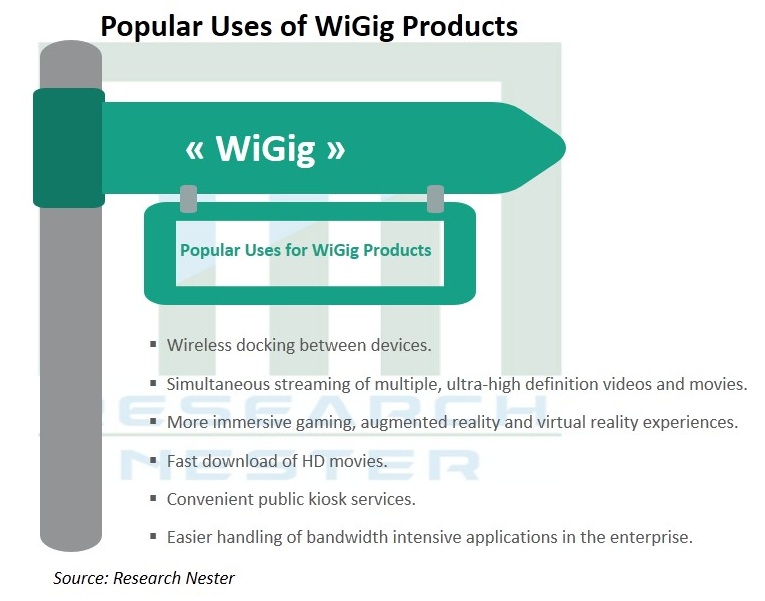 Both public and private sector are working towards making internet connectivity more accessible in the community. The development of smart cities across the globe and the deployment of free public Wi-Fi services, all of these factors are empowering the public communities with better services. Along with the community development factor, implies loads of government and private spending, which is anticipated to raise the demand for deployment of a greater number of Wi-Fi devices. All of these factors are anticipated to drive the growth of the global Wi-Fi chipset market during the forecast period.

Technical advancements in the information and communications industry is the only constant applicable. Rapid changes observed in the Wi-Fi technology, and thereby the continuous need for certifications and licensing, is a capital consuming factor, which might impact the overall revenues of the manufacturer. Such a factor is anticipated to act as a barrier to the growth of the global Wi-Fi chipset market.

Our in-depth analysis of the global Wi-Fi chipset market includes the following segments:

Asia Pacific is expected to hold significant market share on the back of growing telecom industry, which is anticipated to raise the consumption of smartphones in the region. Smartphones are built with Wi-Fi System on Chip (SoC) technology, which is expected to impact the sales of Wi-Fi chips in the near future. According to GSMA, four in five internet connections globally will be from smartphones by 2025, out of which, Asia Pacific is anticipated to grow at 1.6x times from 60% contribution in 2018 to 82% contribution in 2025. 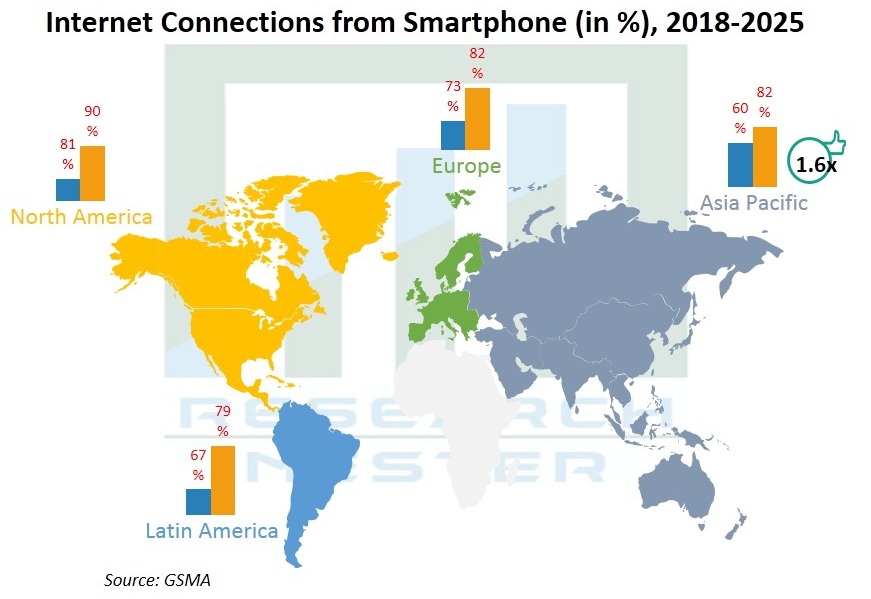 The global Wi-Fi chipset market is further classified on the basis of region as follows: