Vacuum skin packaging is referred to as the process of removing the air from the package before any specified product is required to be sealed either manually or automatically. The purpose is to keep the product sealed in an environment that is free of oxygen levels in order to enhance the shelf life of the products that are perishable, as it is able to reduce the oxygen levels and limit bacterial or fungal growth. It is primarily used to store dry foods such as coffee, cheese, nuts, meat and other foods over a considerable period of time.

The vacuum skin packaging market is anticipated to witness high growth, owing to various factors such as huge demand from among the global population for higher shelf lives of perishable products and increase in sales of meat and sea foods including exports.

The vacuum skin packaging market is anticipated to grow at a significant CAGR over the forecast period i.e. (2020-2027). The market is segmented by material, product and by application. The application segment is estimated to attain the highest market share, owing to the increasing demand from the population for greater shelf lives of meat and meat products including sea food and increase in the disposable incomes of the population globally. The Asia Pacific region accounted for the world’s largest meat production of 13,57,06,690 tonnes as of 2017, wherein about 40-45 percent of the total meat was produced in the region. As per the report of Department Of Agriculture on red meat exports to other countries, a total of 2,35,14,447 kilograms of chilled and frozen meat were exported globally from Australia to other parts of the world as of October, 2019. CLICK TO DOWNLOAD FREE SAMPLE REPORT 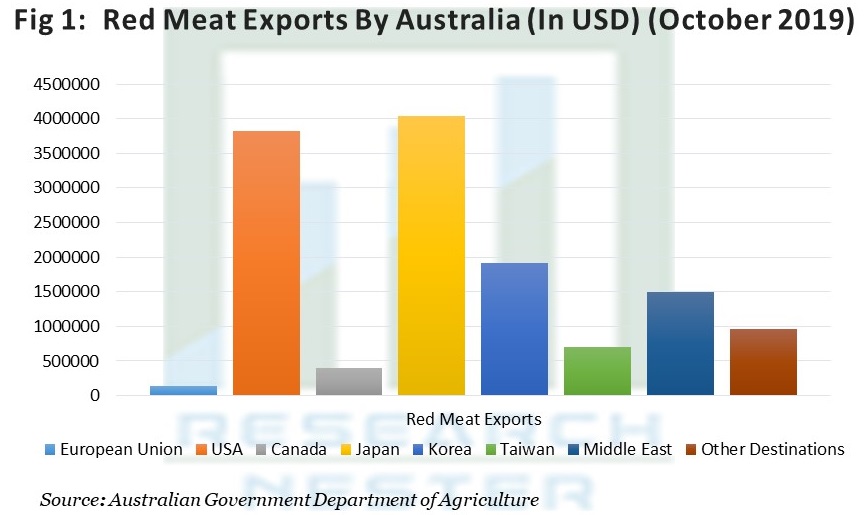 Rise in Disposable Incomes of the Global Population

The growth of the vacuum skin packaging market is driven by factors such as rising disposable incomes of the population across all regions globally. This has led to increased demand for meat and meat products and other sea food products that are comparatively expensive and the need to take greater care as to its storage, until it is being brought to the market for sale to the end users. 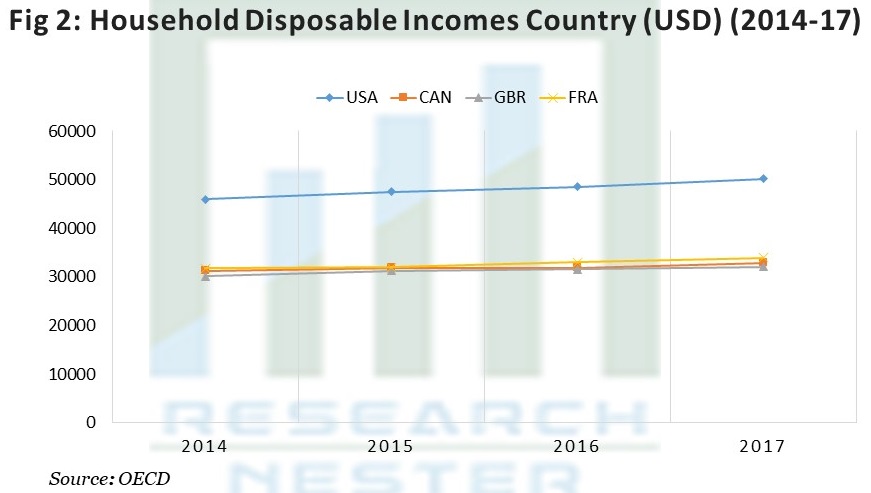 There is a huge demand for meat and meat products including sea foods across the globe from among the global population, owing to changing lifestyle habits and increasing urbanization of the global population. Hence, it has become an important function for manufacturers and exporters to exercise adequate care with regard to packaging of these meat and meat products including sea foods that are required to be preserved until the sale or export of products have taken place. Asia Pacific has been one of the leading exporters of meat and meat products. As per the report of Agricultural & Processed Food Products Export Development Authority coming under Ministry of Commerce & Industry, India, the revenue generated from export of animal products stood at USD 4390.55 million.

Higher Costs & Inability to Completely Prevent The Growth Of Bacteria

Vacuum Skin Packaging is considered to be expensive, based on the size and quality of the machine. The consumers who can afford the high cost as well as the costs associated with packing material that may come in rolls or bags. While absence of oxygen could help the food last for a longer duration, some bacteria may thrive in low oxygen environments and may even grow in vacuum packed foods. These factors could operate as major restraints to the growth of the market over the forecast period.

On the basis of regional analysis, the vacuum skin packaging market is segmented into five major regions including North America, Europe, Asia Pacific, Latin America and Middle East & Africa region. The market in North America is estimated to grow at a significant rate, owing to the presence of several market players and high disposable incomes of the population in the region. The market in Asia Pacific region is anticipated to grow rapidly, owing to the economic growth potential prevailing in this region especially in the countries such as China and India, accompanied by high disposable incomes of skilled working population, including demand for proper hygiene to be followed while packaging that are estimated to act as major factors that are aiding the growth of the market in this region. The markets in countries such as India and China are anticipated to observe significant growth, owing to higher purchasing power, increasing shift towards urbanization observed in these countries and greater stress laid towards a protein rich diet. The production of bovine meat in the North American region particularly the United States of America is forecast to reach a 9 year high of 12.1 million tonnes as of 2017, owing to increased slaughter and heavier carcass weights. 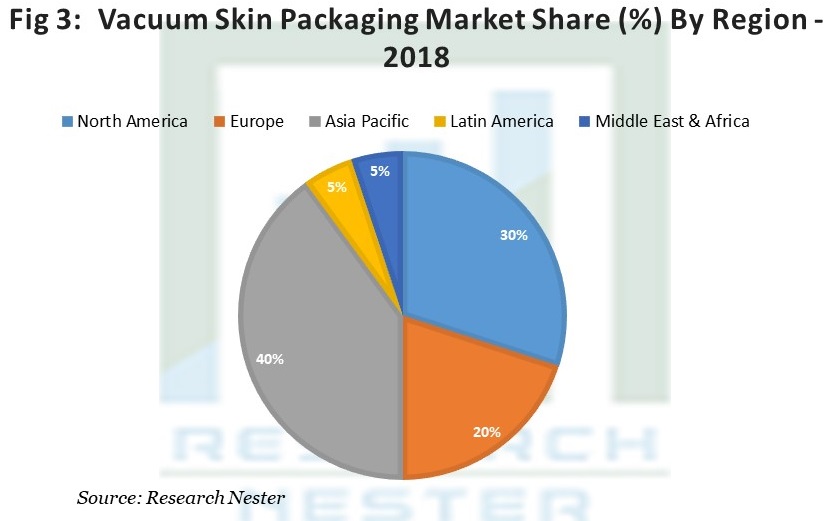 The vacuum skin packaging market is further classified on the basis of region as follows: