Sunglasses are basically a fashion eyewear accessory that has been designed specifically to protect individuals from any form of bright light, especially sunlight and other forms of high energy light rays that could cause discomfort or damage to the eyes of individuals. These sunglasses have for long played a massive role in the lives of individuals who have sought protection of their eyes from sunlight and other forms of bright light, including offering a visual aid to individuals. The American Cancer Society has endorsed their view that wearing sunglasses is necessary in order to protect individuals from any form of ultraviolet radiations that could cause severe eye related problems, especially when they are outside in strong sunlight. Unbreakable sports sunglasses are an enhanced version of sunglasses that is designed for those individuals who are actively engaged in primarily outdoor related sports activities that would require them to remain under the sun for a considerable period of time, as there are higher chances of damage or injury that may occur to the eyes of individuals. According to Bright Focus Foundation, at least 288 million individuals are predicted to be affected by macular degeneration worldwide by 2040. It has also stated that the estimated global costs of visual impairment due to age-related macular degeneration is around USD 343 billion. 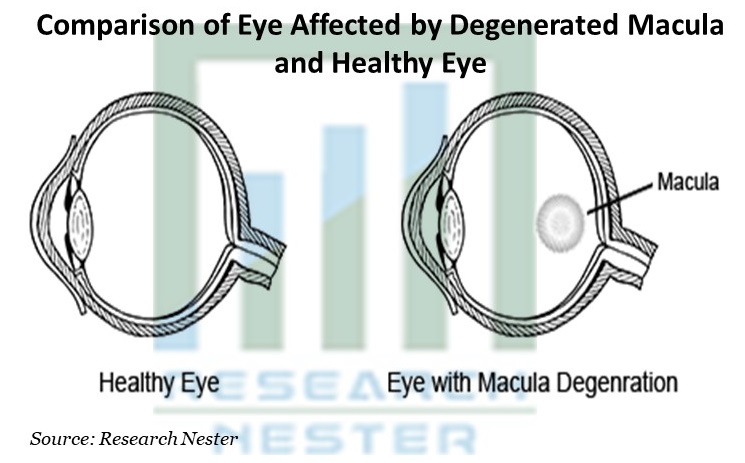 According to a report released by The Vision Council, it has mentioned that sports related injuries are the most common forms of injuries and at least 600,000 eye injuries related to sports have been reported annually. Unbreakable sports sunglasses are seen as playing a vital role in providing the much needed support and relief from the ill-effects of harmful radiations of the sun as well as protection from any major injury to the eyes of such individuals participating in sports related activities.

The global unbreakable sports sunglasses market is predicted to witness a steady growth, owing to various factors such as rising demand among the young and middle aged population for owning sports sunglasses that are considered fashionable as well as the convenience that is offered to users, owing to its ability to offer a cool vision and protection from glare for the user and the growing population across several regions of the world that is being affected by various eye related diseases. More importantly, the nature of these sunglasses which are unbreakable is anticipated to drive the demand among the global population, as they are primarily driven by the fact that individuals need not worry about these sunglasses falling or getting damaged on account of their unbreakable nature which prevents an individual from spending more money towards another purchase. Also, these sports sunglasses are in heavy demand from across various regions particularly the developed nations, owing to the necessity to provide protection to the eyes of individuals from the harmful ultraviolet radiations of the sun as well as the bright light arising out of sun glare causing eye strain to individuals. As per a report released by Prevention Blindness Vision Problems in the U.S., at least 22.3 million Americans have suffered from various forms of cataracts which is anticipated to raise the demand for such sports sunglasses among the population. CLICK TO DOWNLOAD SAMPLE REPORT 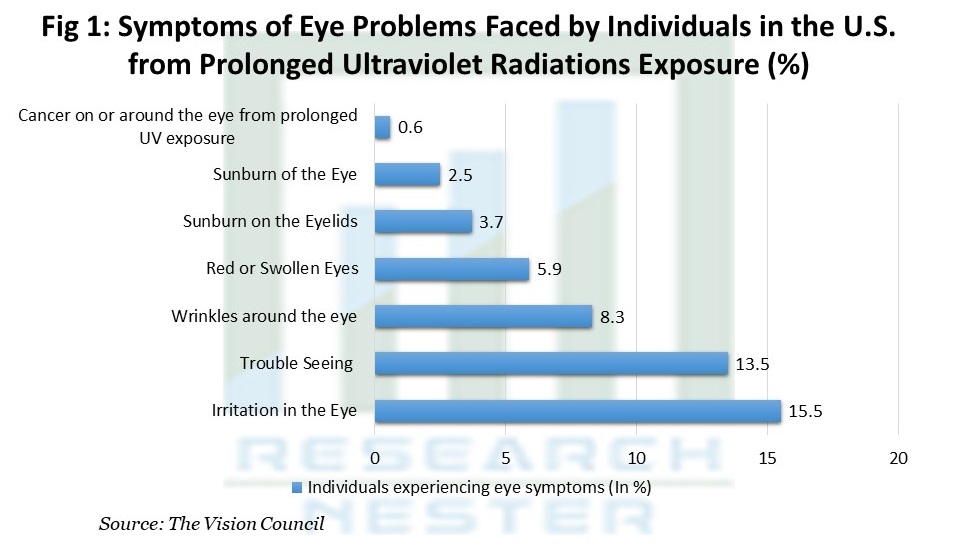 The unbreakable sports sunglasses market is predicted to register a significant CAGR over the forecast period i.e. (2020-2028). The market is segmented by lenses, application, gender and distribution channel. The gender segment is anticipated to hold the highest market share, and more particularly men population are anticipated to suffer from health problems associated with exposure to ultraviolet radiations such as skin cancer and other related illnesses. Higher participation in outdoor and sports activities by men population is also viewed as another vital factor that is anticipated to raise the demand for such sports sunglasses across various regions globally over the forecast period. 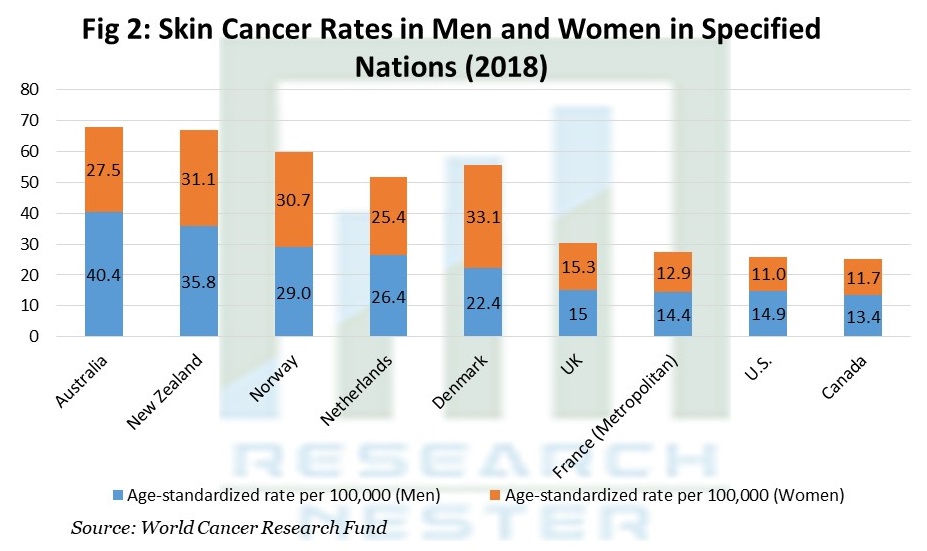 There has been a tremendous awareness among the global population regarding the significance of protecting their eyes from any form of medical condition affecting their eyes. Moreover, the alarming rate at which the ozone layer had seen its depletion has raised the awareness among the global population across almost all regions to protect their eyes from any form of damages. According to World Cancer Research Fund International (WCRF), an estimated 300,000 new cases of individuals suffering from Melanoma had alone been registered in the year 2018. 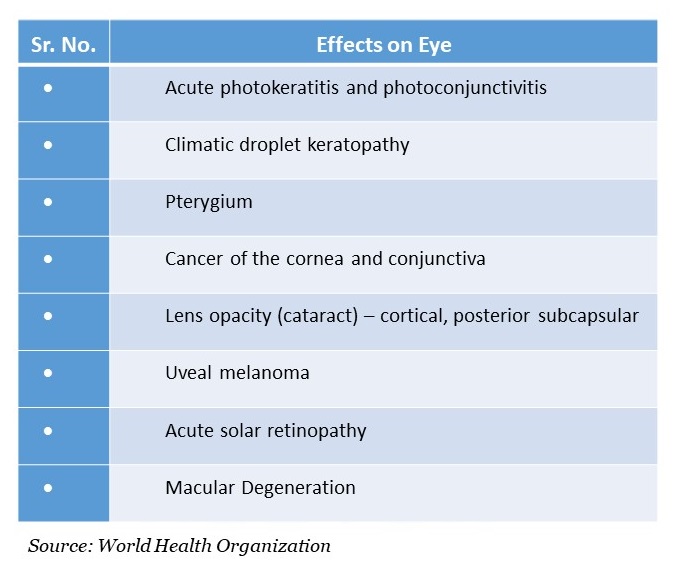 With growing number of individuals participating in sports and other outdoor activities that are finding sunglasses to be an attractive and fashionable accessory, the demand for unbreakable sports sunglasses is set to rise considerably over the next decade. According to a report released by Outdoor Industry Association, the most popular activity among the individuals in U.S. has been running as well as jogging and trail running.

Growing Occurrence of Eye-related Problems among the Global Population

There has been a meteoric rise in the number of individuals affected by a variety of health problems, which is driven by the fact that there has been overexposure of individuals to ultraviolet radiations from the sun causing diseases such as skin cancer and eye cataracts. According to a report of World Health Organization, about 50-90 percent of the burden of disease arising from melanoma is due to the exposure to ultra-violet radiations of the sun. 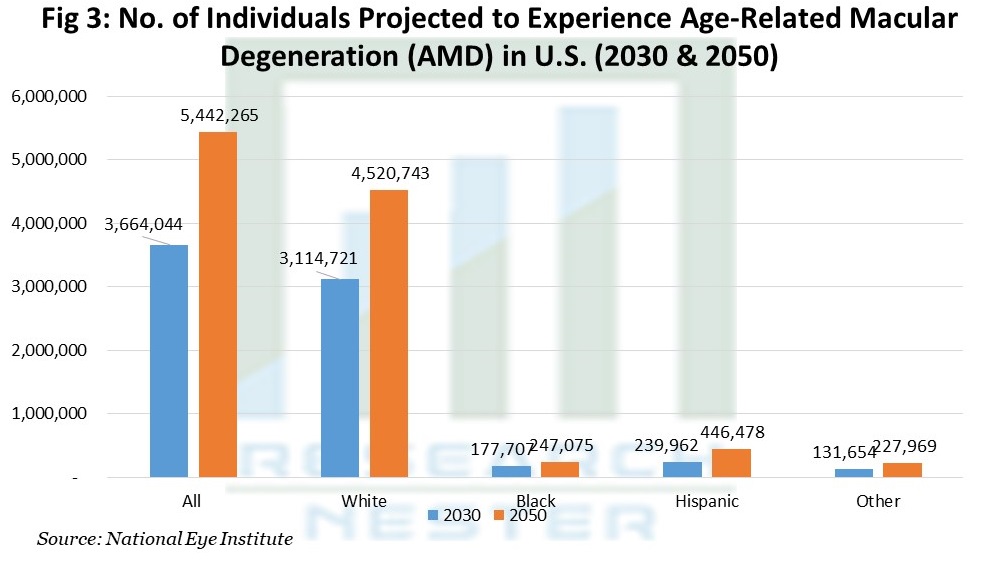 Medical conditions such as Age-related Macular Degeneration (AMD) causing loss of vision among individuals has been on the rise over the past decade and is projected to increase over the next few decades across various regions of the world, which has been driving the demand among individuals for such unbreakable sports sunglasses. Additionally, growing number of individuals who participate in outdoor activities and sports globally have been sporting sunglasses for their daily use to protect themselves from harmful ultraviolet radiations exposure arising from the sun, which is predicted to raise the demand for these unbreakable sports sunglasses across various regions of the globe. All these factors are anticipated to drive the growth of the market over the forecast period.

The unbreakable sports sunglasses market suffers from a major drawback, which is slightly high priced and may not fit into the budget of all categories of consumers, notwithstanding the fact that a considerable segment of the population with disposable incomes would actually own these sports sunglasses, as they consider them to be beneficial and attractive. Additionally, chances of fake consumer goods in the form of small consumer items that constitute a substantial portion of items are shipped worldwide that is anticipated to operate as a barrier to the growth of the global market. According to a press release issued by European Union Intellectual Property Office (EUIPO) in December 2018, they had released figures related to the seizures of small consumer items, out of which seventy-seven percent of the items contained fake optical, photographic and medical equipment products and more specifically sunglasses that had all arrived in small parcel form. Further, low levels of awareness about these unbreakable sports sunglasses among a sizeable majority of population residing in developing and underdeveloped regions may also limit the demand for such sunglasses among the population in such regions. These factors are anticipated to operate as major restraints to the growth of the market over the forecast period.