Selfie drones are referred to all those small unmanned aerial vehicles (UAV) which are used to take photos or videos of a pre-defined object from an aerial perspective. Selfie drones are usually remote controlled and are pocket friendly in its size. Available in various camera resolutions, selfie drones are more of a personal photographer for people who loves travelling. Selfie drones are propelled by multirotor propellers and are made from light composite materials so as to increase mobility while flying. 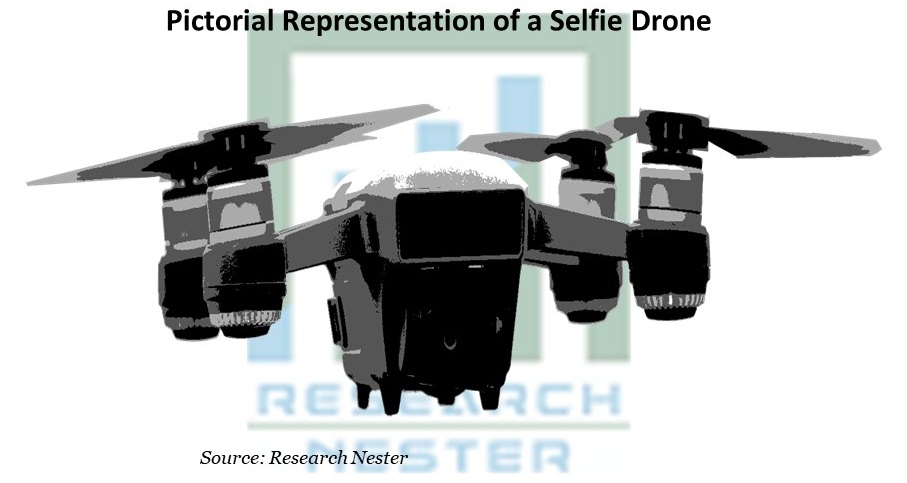 The global selfie drones market is thriving on the back of growing global trend amongst people for clicking selfie pictures, which is defined as a photograph that one takes of oneself. Initially, a selfie was clicked using a smartphone or webcam. With the advent of selfie-stick and selfie gimbals, individuals started using such accessories to click selfies. Technological advancements in camera photography, along with dynamic change in the need for advance photography skills amongst consumers around the globe, initiated the demand for aerial photography. The outcome of aerial photography pictures can be provided with a cinematic effect, giving greater positive impressions to the overall outcome. Such factors are anticipated to promote the growth of the global selfie drones market. CLICK TO DOWNLOAD SAMPLE REPORT

The market is anticipated to record a modest CAGR throughout the forecast period, i.e. 2020-2028. The global selfie drones market is segmented by wing type into fixed and foldable, out of which, foldable segment is anticipated to hold the largest market share on the back of increasing need for drones amongst individuals that occupy less space and which can be carried easily. Foldable drones have the special characteristic where its wings can be folded, thereby reducing its overall size when not in use. An individual carrying the drone can easily keep the foldable drone inside his pocket while travelling without damaging its physical structure. Moreover, foldable drones are a preferred choice amongst travelers as there is minimal or no concern for damaging the rotors and propellers of the vehicle. 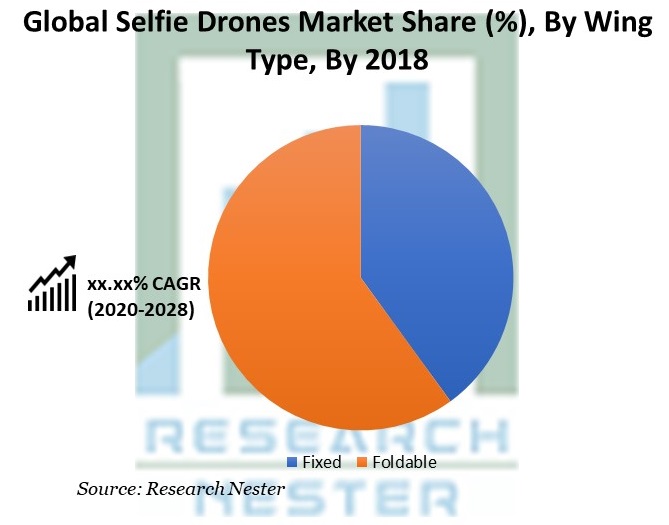 Growing Trend For Aerial Photography in Travel and Tourism Industry

According to the Federal Aviation Administration (FAA) operating under the United states Department of Transportation, stated that till the year 2019 around 1,533,596 number of drones were registered in the United States alone, out of which, 428,245 numbers (28% of the total) were commercial drones and 1,101,564 numbers (72% of the total) were recreational drones. 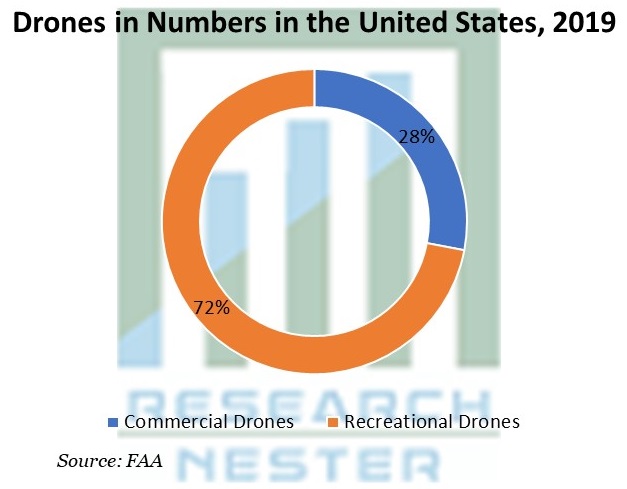 Although, registration of drones is based on the unmanned weight of the UAV, yet recreational drones have gained massive popularity in the recent years on the back of rising need for recreational activities amongst individuals around the globe. There is a rising trend amongst individuals for social blogging especially while they are travelling or prefer travelling as a hobby. Increasing trend for videoblogging, also termed as “vlogging” amongst such individuals, and the need to produce creative content for the attraction of a greater number of viewers, is raising the demand for devices, such as selfie drones, which helps them to click pictures of themselves in a much more creative way. Several features available in selfie drones, such as follow me function, which allows the selfie drone to follow the individual just at the click of a button, along with other features such as, light weight, high resolution camera, multi-axis gimbals, and others, help to capture creative aerial images. Moreover, such activities are also contributing towards the growth of the travel and tourism industry and are increasingly favored by many tourist agencies. 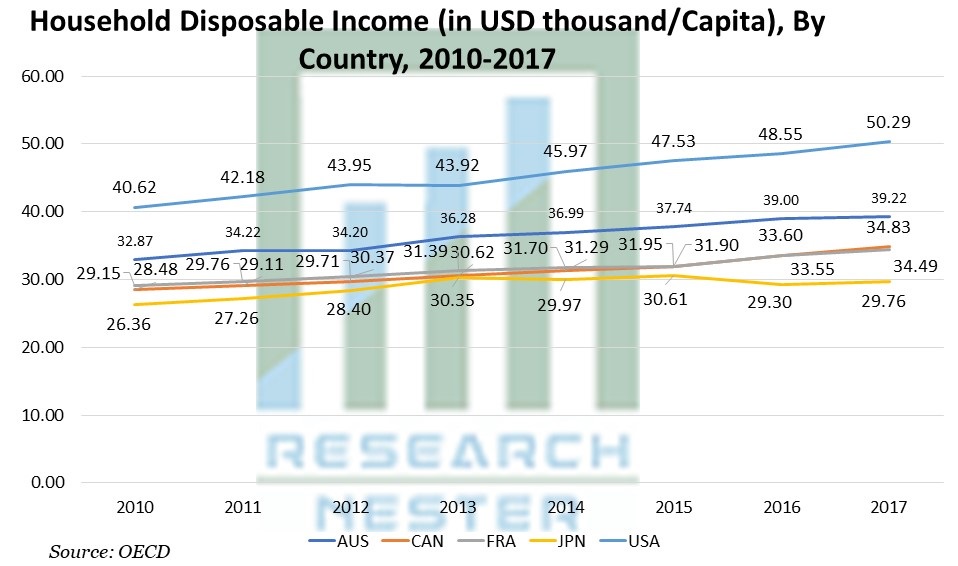 Consumer purchasing power is an important factor while considering the growth of any product in a market. An increase in household disposable income provides the consumer the power to purchase goods, especially for recreational purpose or goods meant for an individual’s hobby. Selfie drones can be categorized as a recreational good, and an increase in purchasing power of an individual will help to contribute to a better trade flow of the product. Such a factor is thereby anticipated to drive the growth of the global selfie drones market.

The price of selfie drones is placed comparatively high owing to the cost of advanced technologies involved in such gadgets. But a major concerning factor that lies behind the high price of the product is the negative impact on sales. Also, selfie drones are aimed for recreational purpose only, limiting its use as commercial UAV drones. Owing to such a factor, the selfie drones might not be widely accepted amongst a mass population and might impact negatively towards the growth of the global selfie drones market in the upcoming years.

Our in-depth analysis of the global selfie drones market includes the following segments:

North America is anticipated to hold the largest market share on the back of presence of numerous key players in the region, along with presence of awareness about the product amongst consumers in the region. Moreover, availability of supportive law and regulations, backed by support from various independent associations and agencies, along with the availability of several varieties of selfie drones, are some of the factors anticipated to drive the growth of the selfie drones market in the region.

The global selfie drones market is further classified on the basis of region as follows: