Luxury footwear is a type of luxury good and is referred to the footwear products which are usually associated with wealthy or affluent people. The demand for such goods increases proportionally less than income and are brought by consumers to support self-worth and status or for the quality and the craftmanship of the product. Luxury footwear products usually have the following characteristics: price, quality, rarity, aesthetics, extraordinariness and symbolism. 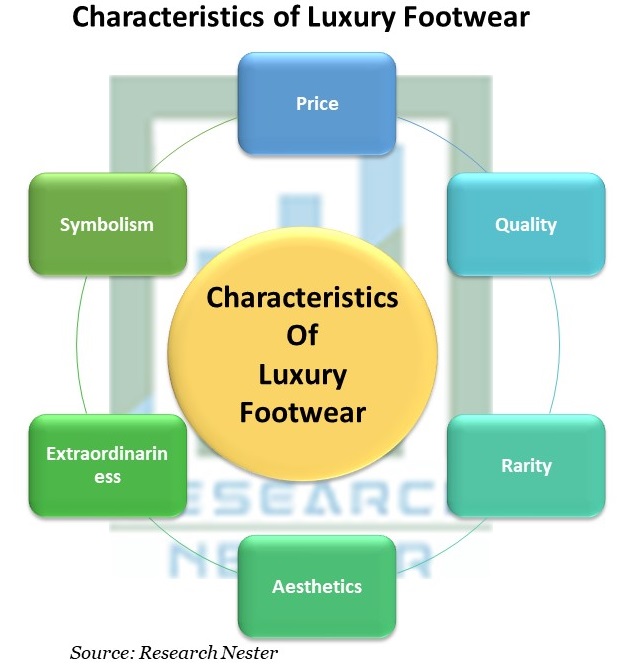 The global luxury footwear market is thriving on the back of increasing number of millionaire population around the globe along with the rising household disposable income of individuals which is resulting in the increase in the purchasing power of consumers for luxury goods such as luxury footwears. According to the statistical report Global Wealth Report 2019 of the Credit Suisse Research Institute, the world observed a change of 2.6% or USD 9087 billion in household wealth during the period 2018-19. Additionally, increasing production of footwears around the globe is also anticipated to contribute significantly towards the growth of the global luxury footwear market. According to the statistical report World Footwear Yearbook 2019 of the Portuguese Footwear, Components and Leather Goods Manufacturers’ Association (APICCAPS), footwear production around the globe in the year 2018 grew by 2.7% from the year 2017, reaching a total of 24.2 billion pairs. 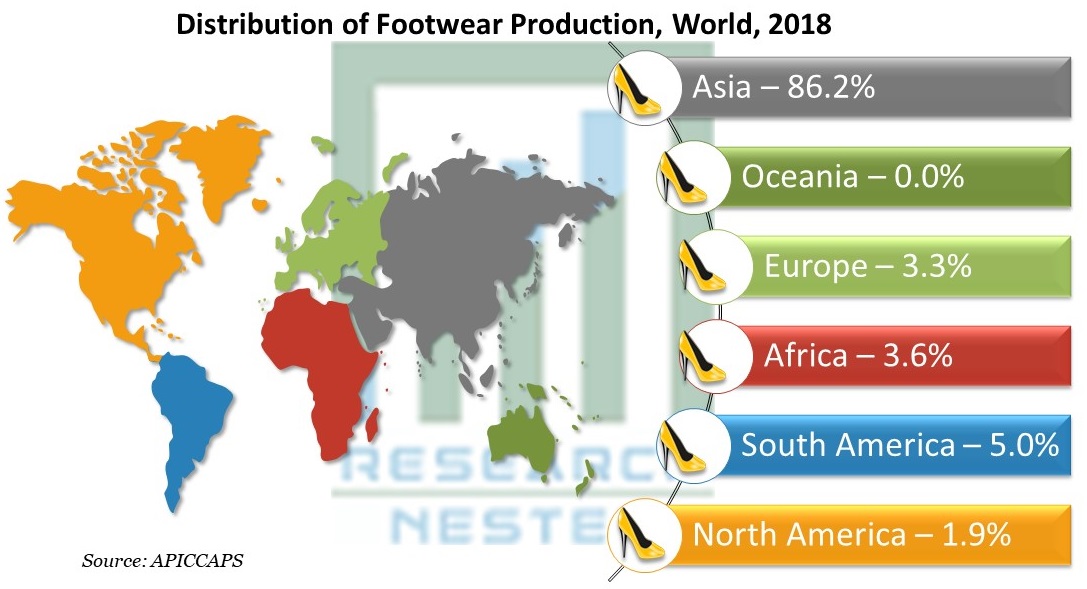 The global luxury footwear market is anticipated to record a modest CAGR throughout the forecast period, i.e. 2020-2028. The market is segmented by demographics into men, women and children, out of which, women segment is anticipated to hold the largest market share on the back of growing fashion trends of women, especially the streetwear athleisure trends, that have strongly influenced premium fashion footwear manufacturers to design and manufacturer footwears that meet the desire of women consumers to balance comfort and style. Moreover, the availability of a wide variety of footwear for women as compared to men and children is also anticipated to contribute towards the growth of the segment in the global luxury footwear market. CLICK TO DOWNLOAD FREE SAMPLE 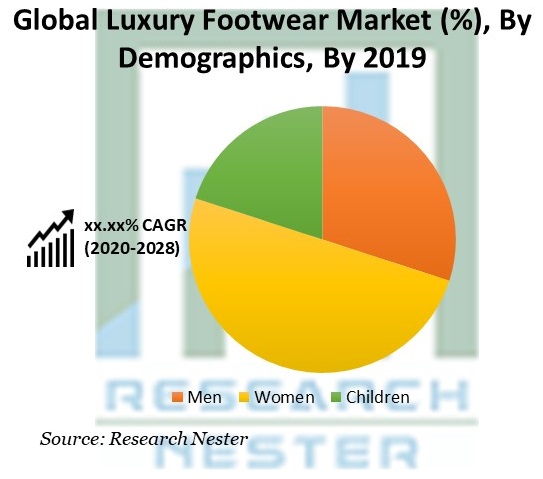 Increasing Demand For Personal Luxury Goods Amongst The Millennial Population 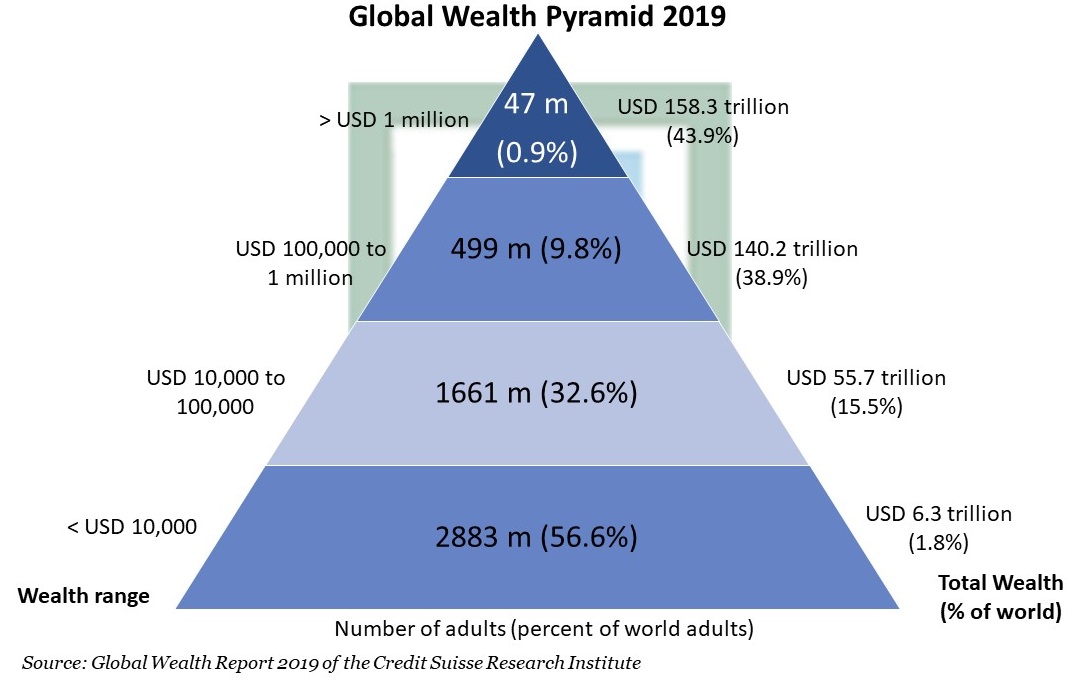 With the growing millennial population worldwide, the demand for personal luxury goods around the world is also growing at a rapid pace. The demand for personal luxury goods can also be attributed to the robust local consumption in developed nations around the world along with the increasing purchases among the tourists. Additionally, the shift in trend observed amongst consumers for preference on shoes whose manufacturing process has not harmed the environment, human or animal rights, is inducing footwear manufacturers around the globe to prioritize on alternative materials, such as plant-based rubber, bio-printed leather and others to manufacture the shoes. The growing need for value transparent communication of products amongst the consumers in the recent era is thereby anticipated to raise the demand for personal luxury goods, and in turn the growth of the global luxury footwear market.

Increasing Trade of Footwear Products Around the Globe 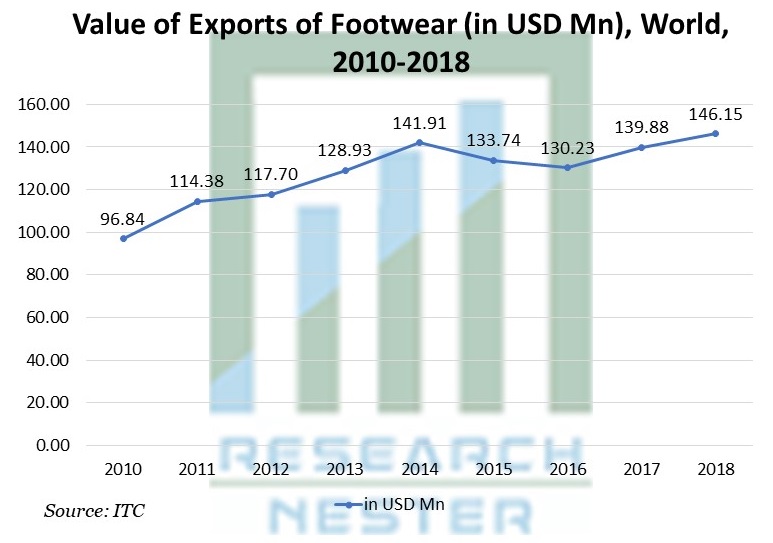 The trade of footwears around the globe is growing at a rapid pace. Although preference for offline store-based retailing remain, manufacturers of luxury footwear are yet expanding their presence to online retail market via e-commerce platforms by realizing that luxury purchases in the recent era are majorly influenced by online experience. Additionally, several luxury footwear manufacturers are increasingly following the strategy of celebrity endorsement for awareness of their products, which is also contributing towards increasing trade of luxury footwears. Such factors are anticipated to drive the growth of the global luxury footwear market in the upcoming years.

Increasing concern amongst manufacturers of luxury footwear for the availability of counterfeited products around the globe is anticipated to act as a key restraint factor towards the growth of the global luxury footwear market.

Our in-depth analysis of the global luxury footwear market includes the following segments:

North America is anticipated to hold the largest market share on the back of presence of nations, such as United States, where the demand for luxury footwear amongst the consumers is increasingly high as compared to other regions owing to high disposable income of individuals in the region.

Asia Pacific is anticipated to gain significant market share on the back of presence of nations such as China and India, where the consumption of footwears is comparatively very high owing to the nations having a huge population. According to the statistical report World Footwear Yearbook 2019 of the Portuguese Footwear, Components and Leather Goods Manufacturers’ Association (APICCAPS), China and India constituted to 18.4% and 11.7% of the share of consumption of footwears around the world in the year 2018. 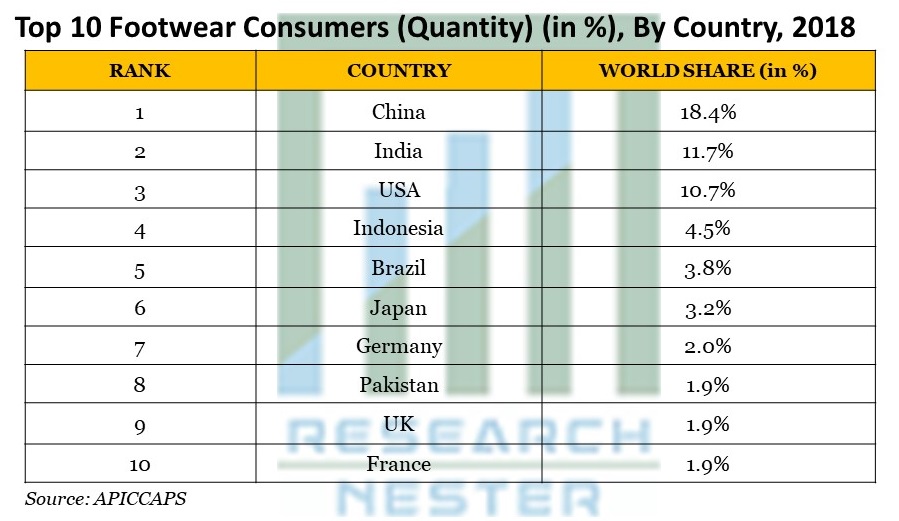 The global luxury footwear market is further classified on the basis of region as follows: