Anti-fog car window films are a thin-film laminate with an adhesive backing which is applied externally to several parts of a car that are made of glass or similar look alike, for instance windows, windshields, rear view mirrors and others. The anti-fog film is coated with a layer of special anti-fog agents that prevents the accumulation of fog in the glass surface. The film is usually made up of polyester, also chemically known as polyethylene terephthalate or PET Film. Historically, the technology of anti-fog was developed by NASA on transparent glass and plastic surfaces for optical applications on helmet visors during the Gemini 9A space program in 1966. With time, the application of anti-fog films grew widely across different industries as advancement in research for the development of advanced chemicals of anti-fog agents were being developed.

The global anti-fog car window films market is thriving on the back of visibility issues observed by vehicle drivers while driving their vehicle during a rainy or foggy day. Auto accessories products such as anti-fog car window films are extremely useful for car drivers when they are driving in heavy rain or during a foggy day as it increases the visibility of the car driver to see the road clearly. The fogging up of the mirror during a heavy rain or a foggy day reduces visibility of the road and makes the car driver susceptible to accidents. The thin film which is applied on the desired mirrors or glass panels of the vehicle acts as a hydrophilic layer prohibiting accumulation of fog or water in the applied film surface. As a result, the vehicle driver gets a clear visibility of the mirrors or through the glasses while driving the vehicle. Moreover, growing demand for risk reducing auto accessories in the automotive industry is also anticipated to foster the growth of the global anti-fog car window films market. 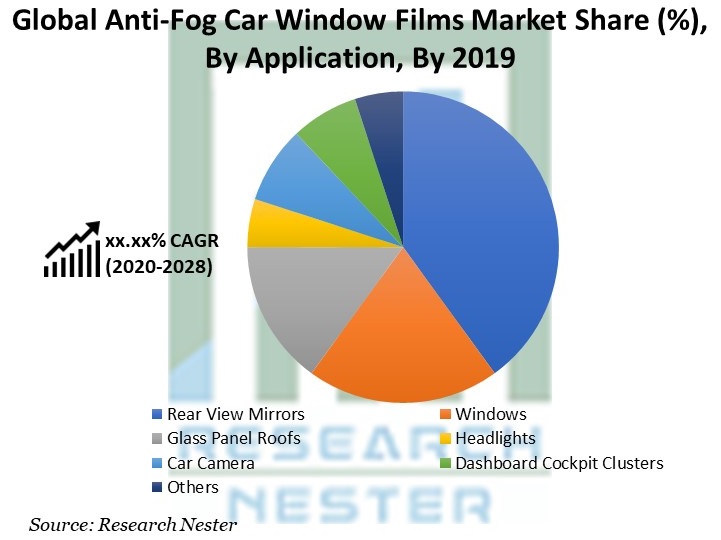 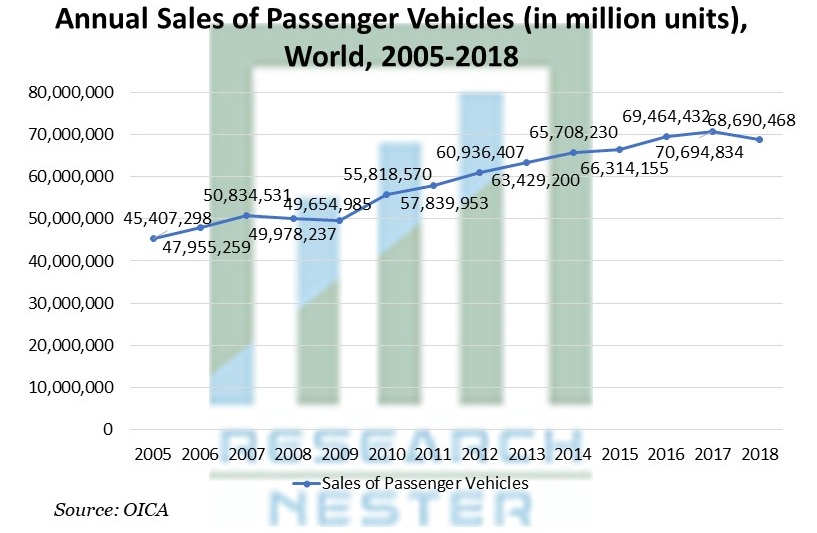 Increasing Concern for Vehicle Crashes Occurred Due To Poor Visibility

According to the World Health Organization (WHO), 392, 904 number of car users have died in the year 2018. Moreover, according to the Federal Highway Administration operated by the U.S. Department of Transportation, around 38,700 vehicle crashes occur due to fog each year. Apparently, over 600 people die due to the issue and more than 16,300 people remain injured.

Poor visibility caused by dense fog and heavy precipitation is a common issue across nations that is faced by vehicle drivers. Low visibility conditions cause increased speed variance and raises the risk of a crash. Rising concern amongst vehicle owners for such issues of poor visibility is anticipated to raise the demand for products such as anti-fog car window films which helps to increase the visibility of the vehicle driver. Such a factor is anticipated to contribute significantly towards the growth of the global anti-fog car window films market in the upcoming years.

North America is anticipated to hold the largest market share on the back of the geographical area of the region which observes circumstances of dense fog and heavy precipitation, leading to poor visibility and high risk of vehicle crash. Moreover, increasing awareness for anti-fog car window films amongst consumers is also anticipated to promote the growth of the North America anti-fog car window films market over the forecast period.

The global anti-fog car window films market is further classified on the basis of region as follows: