The airline industry is one of the major industries that face huge losses and require an increase in its profits in order to sustain and remain profitable. The airline route profitability software enables airline companies to calculate their profit margins by assessing the costs of their currently operating routes. The market for this software is expanding at a rapid pace on the back of growing airline industry. The airline industries requires such software which would allow them to find out the budget and plan the schedule for every route accordingly in order to create higher profits by minimizing the operating costs.

The costs incurred by airlines include fuel costs, labor costs and taxes. The fuel costs are highly inconsistent as they depend on the fluctuating prices of oil. Another factor influencing these costs includes the high interest on repayment of loans. This results in an uncertainty in the profits made by the airline companies.

A decrease in revenue generated through the passengers might also affect the margins. Optimizing the operating costs and managing the airline routes effectively would create a steady flow of profits for the airlines. The software designed for airline route profitability aims to reduce these extra costs and create a larger profit margin for the airline companies, thus increasing the demand for these software in the market.

The airline route profitability software market is anticipated to record a CAGR of 6.3% over the forecast period i.e. 2019-2027 and the market size is estimated to reach significant value by the end of this period. 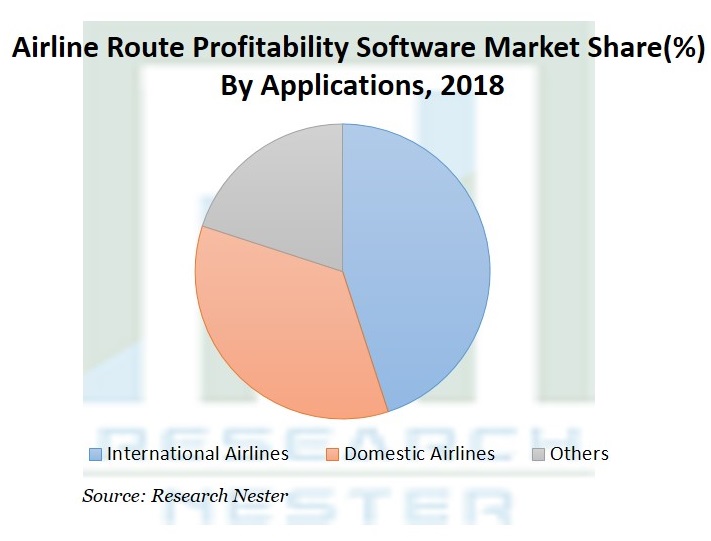 Growth of the Aviation Industry

The growing technological advancements have led to the development of new generation airlines which are estimated to further increase in number in the future. The booming aviation industry requires solutions on increasing the profitability of the airlines, causing a tremendous growth in the airline route profitability software market.

The high price of oil poses as a threat to the profitability of airlines. To minimize the losses incurred due to this, there is a need for reduction in the fuel consumed by airlines. The airline route profitability software gives an accurate simulation of flight schedules with shorter routes and better connectivity, thereby generating a higher revenue.

The increasing air traffic has led to a significant growth in the number of travel routes taken by airlines globally. Both the airlines and passengers demand shorter as well as faster air routes, in order to save time and fuel. Longer air routes burn more fuel, resulting in higher expenditure. The software devises a plan for suitable routes and destinations which would satisfy the purpose. These factors are anticipated to support the growth of the market.

The cost sensitivity related to airline industry poses as a key restraint for this market. Additionally, high cost of manufacturing of aircrafts and declining supply of commercial aircrafts might act as a limitation behind the demand for the airline route profitability software in the market.

The Asia-Pacific region is anticipated to hold leading market share in airline route profitability software on account of growing connectivity and expanding airline routes for commercial purposes. The airlines in this region require the software to analyze the flight timings and prepare a frequency plan which would generate the maximum revenue. The increasing air traffic as well as the development of new aircrafts in this region is also contributing to the growth of this market.

The airline route profitability software market is further classified on the basis of region as follows: