The fortification of rice is the process of increasing the micronutrient content such as minerals and vitamins. The primarily focus of fortification is to increase the nutritional quality of the food which provides the health benefits to the consumer. Rice is the most preferred food items and it is cultivated in large quantities across the globe. Additionally, various types of rice fortification such as wheat and maize fortification is done by various manufacturers in order to cater to the nutrient deficient population.

Currently the global fortified rice market is observing vibrant growth on account of sustainable and cost effective measure of providing nutrition supply to the population. Additionally, the growing initiative by the manufacturers for enhancing the nutritional value of the rice is anticipated to be the other major reason for the growth of the overall market. The government across the globe is also taking initiative in order to improve the nutritional content among the population. 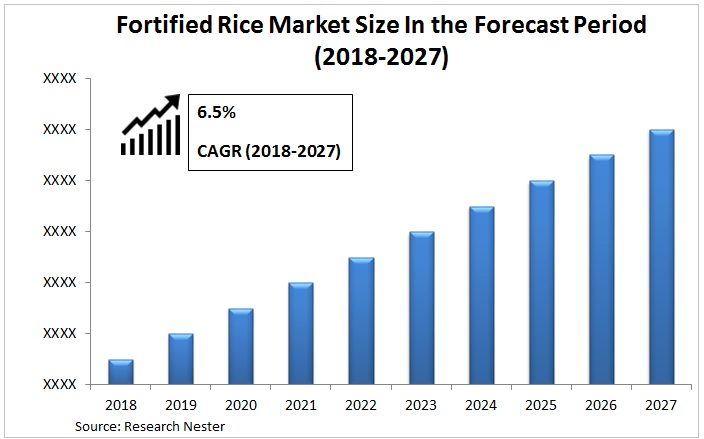 The growing nutritional deficiencies in the population is anticipated to increase the demand for the fortified rice during the forecast period. According to UNICEF Vitamin A supplements in the countries such as Bangladesh and India has increased over the last few years.

The various countries across the globe are highly dependent on rice for the nutrition. The high dependence of the population over the rice is anticipated to be the major driver for the overall fortified rice market.

The high cost associated with various technologies for improving the rice is expected to hinder the overall fortified rice market during the forecast period.

On the basis of regional analysis, global fortified rice market is segmented into five major regions including North America, Europe, Asia Pacific, Latin America and Middle East & Africa region. North America is anticipated to contribute to the largest market share during the forecast period. The highly developed industrial infrastructure in the region coupled with the availability of the key manufacturers is anticipated to be the major reason for the growth of the overall market in the region. Asia-Pacific is expected to fastest developing region for the fortified rice market. The large population in the region coupled with the increasing the consumption of fortified rice is expected to foster the growth of the overall fortified rice market in the region. For instance, total population of the Asia-Pacific region is 4912.3 million in 2017 whereas in 2016 it was 4741.4 million. 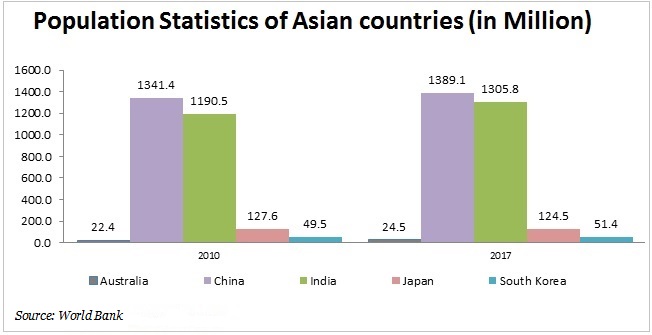 Global fortified rice market is further classified on the basis of region as follows: