The global entropion treatment market is estimated to grow at a significant CAGR over the forecast period, i.e., 2022 – 2030. The growth of the market can be attributed to the growing cases of entropion amongst the geriatric population globally. Entropion is a condition in which the eyelid folds inwards, and can happen in either eyelid. It can lead to corneal ulcer, retinal infection, and even vision impairment due to corneal damage. According to the data by the World Health Organization (WHO), corneal opacities cause moderate to severe distance vision impairment or loss of vision in over 4.2 million people. Meanwhile, 2.2 billion people suffer from partial or complete blindness globally. The growing awareness regarding optical diseases, and penetration of healthcare services in remote areas worldwide are some of the major factors anticipated to drive the market growth. 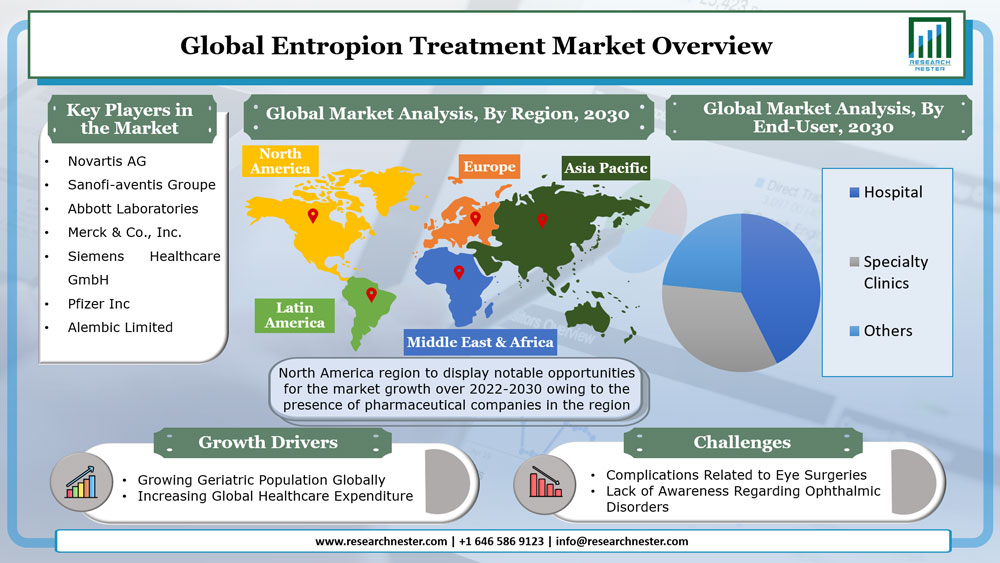 Moreover, the growing global geriatric population is also estimated to boost the market growth, as entropion is more common in old age. According to the World Bank census, the total share of global population aged above 65 years in 2020 was 9.318%, up from 8.223% in 2015, and this share is expected to further increase in the upcoming years. 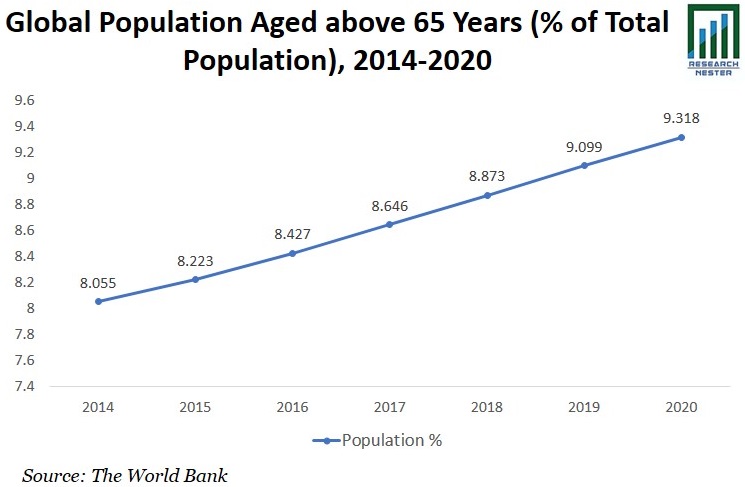 The market is segmented by treatment into artificial tears, skin tape, anti-inflammatory drugs, surgery, and others, out of which, the surgery segment is anticipated to hold the notable share in the global entropion treatment market over the forecast period as surgery is required in almost every critical case of entropion. Along with this, the artificial tears segment is also estimated to gain significant share during the forecast period owing to the high application of this treatment method in mild cases of entropion.

On the basis of geographical analysis, the global entropion treatment market is segmented into five major regions including North America, Europe, Asia Pacific, Latin America and Middle East & Africa region. The market in Asia Pacific region is estimated to witness noteworthy growth over the forecast period on the back of large geriatric population in countries, such as India and China. According to the data by the World Bank, the population above 65 years of age in India crossed 90,719,952 in 2020, while, it crossed 167,808,567 in China. Moreover, improving healthcare facilities, and rising health awareness amongst the people, are projected to boost the market growth. The market in North America region is anticipated to gain the largest market share throughout the forecast period on account of the presence of major pharmaceutical companies in the United States, along with efficient medical facilities available in the region. Moreover, the favorable reimbursement and health insurance policies in the region, combined with high individual disposable income, are projected to boost the market growth. 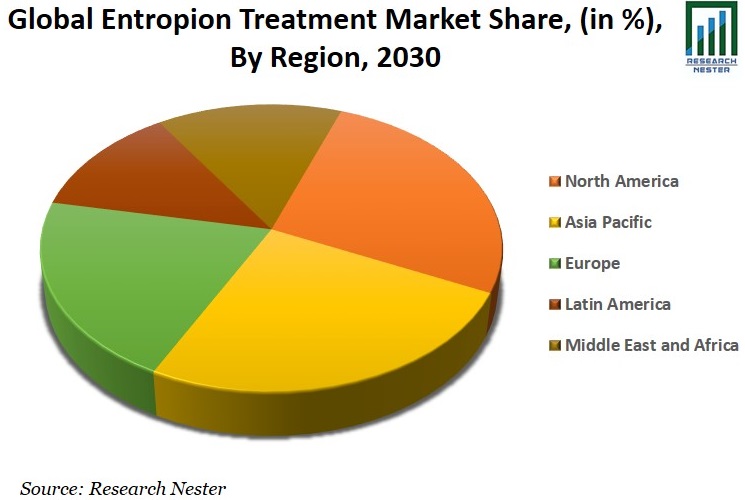 The global entropion treatment market is further classified on the basis of region as follows:

Our in-depth analysis of the global entropion treatment market includes the following segments:

1) What are the major factors driving the growth of the entropion treatment market?

Ans: The growing cases of entropion in the geriatric population is estimated to boost the market growth.

2) What would be the CAGR of entropion treatment market over the forecast period?

4) Which region will provide more business opportunities for growth of entropion treatment market in future?

Ans: The market in the Asia Pacific region is estimated to provide more business opportunities over the forecast period owing to the high geriatric population in the region.

5) Who are the major players dominating the entropion treatment market?

7) What are the segments in the entropion treatment market?

Ans: The market is segmented by type, treatment, end-user, and by region.

8) Which segment captures the largest market size in type segment in the entropion treatment market?

Ans: The congenital segment is anticipated to hold largest market size over the forecast period and display significant growth opportunities.

8) What are the challenges affecting the market growth?

Ans: Lack of awareness regarding ophthalmic disorders and complications in surgery are estimated to hamper the market growth.