Fertilizers aid in the improvement of overall plant growth and yield. They compose of a wide array of macro and micro-nutrients, which significantly improves the quality and quantity of the crops. The global enhanced efficiency fertilizer (EEF) market is thriving on the back of the increasing applications of fertilizers in the agricultural field, backed by the growing demand to produce food in sufficient quantity. Additionally, increasing government initiatives to boost the agriculture sector, launch of new, advanced and cost-effective fertilizer products, and the increase in research and development activities in the agrochemicals industry are some of the factors anticipated to promote towards the growth of the global enhanced efficiency fertilizer (EEF) market in the coming years.

The global enhanced efficiency fertilizer (EEF) market reached a value of USD 2345.60 million in the year 2019 and is expected to garner a value of USD 3802.05 million by the end of 2028by registering a CAGR of 6.11% across the globe over the forecast period 2020-2028. Additionally, the worldwide market ofenhanced efficiency fertilizer (EEF) is also anticipated to gain an incremental $ opportunity of USD 72.95 million in the year 2020 as compared to the previous year. The market is also expected to grow by 1.6x and achieve an absolute $ opportunity of USD 1383.5 million during the forecast period. 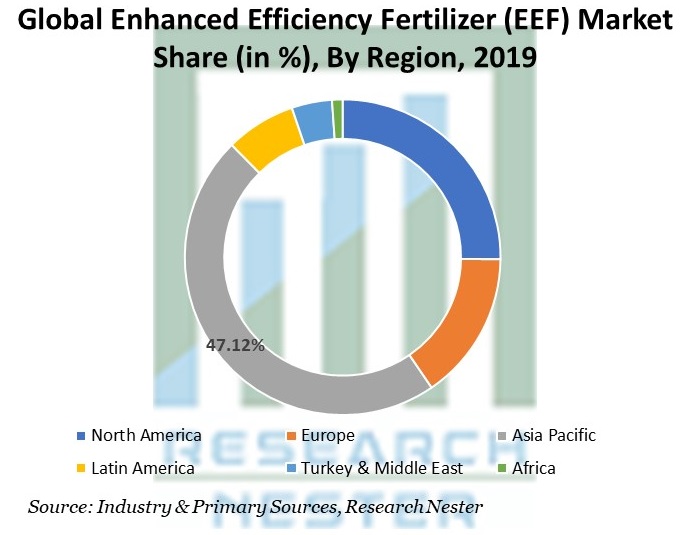 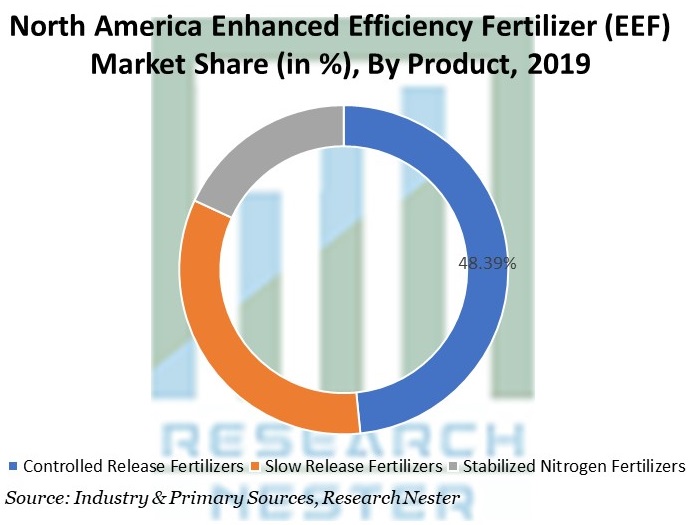 Rising global demand for food has led the farmers across the globe to adopt numerous agricultural fertilizers such as controlled release fertilizers, slow release fertilizers and other to increase the productivity of the farmland. Farmers are increasingly adopting advanced farming methods and technologies to enhance their crop productivity which significantly increases the demand for enhanced efficiency fertilizers, which in turn is anticipated to influence the growth of the market. Additionally, government of developing and developed countries across the globe are taking numerous initiatives to implement several programs to boost the agricultural sector. Increasing agricultural investments, provision of subsidies to farmers and the increasing food security concerns in the underdeveloped countries are some of the additional factors anticipated to drive the growth of the global enhanced efficiency fertilizer (EEF) market. 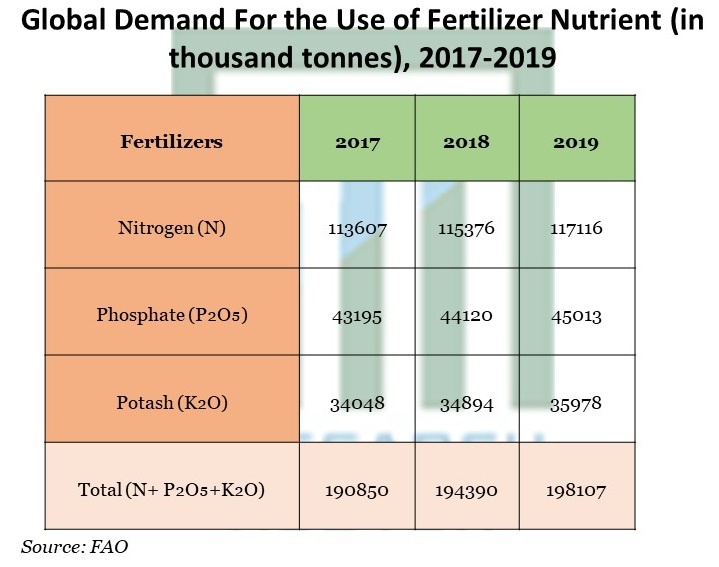 What are the major factors driving the growth of the Enhanced Efficiency Fertilizer market?

Increasing agricultural investments and increasing subsidies to the farmersare some of the major factors that are driving the growth of the market.

What would be the CAGR of Enhanced Efficiency Fertilizer Market over the forecast period?

Which region is currently holding dominating share in the Enhanced Efficiency Fertilizer market?

Asia Pacific is anticipated to hold the dominating share in the market.

Which region will provide more business opportunities for growth of Enhanced Efficiency Fertilizer market in future?

Who are the major players dominating in the Enhanced Efficiency Fertilizer market?

What are the major segments in the globalenhanced efficiency fertilizer (EEF) market?

The market is majorly segmented by solubility, coating, product, form, application and by region.

What can be the significant growth opportunity for the product segment in the enhanced efficiency fertilizer (EEF) market?

The controlled release fertilizers segment, which is a sub-segment of the product segment, held the largest market share in the year 2019 and is anticipated to display significant growth opportunity.