Endocavity transducer is distinctive from other imaging devices such as traditional X-rays, MRI (Magnetic Resonance Imaging) which are used for diagnosis and observation of internal organs. It is a device that has ultrasound capabilities. Endocavity transducer allows the surgeons to see into patient’s anatomy producing real-time images during surgical procedures leading to the processes to be less disturbing and more efficient. Endocavity transducers accurate and particular devices that lowers uneasy patient experience in numerous types of surgical and non-surgical (diagnosis) procedures.

Endocavity transducers market is anticipated to record a significant CAGR over the forecast period. Many multi-national companies are focusing towards new product advances in endocavity transducers. Furthermore, the specific and precise nature of these devices makes them more appealing to healthcare physicians to use.

Factors for instance rapid technological developments, demand for advance diagnosis and rise in the number of surgical processes are estimated to increase the growth of global endocavity transducer market worldwide. Also its better quality over generic clinical diagnosis is estimated to aid in the endocavity transducers market growth. Furthermore, increase in adoption of innovative products and escalating investment to support medical and healthcare development is anticipated to increase the growth of global endocavity market.CLICK TO DOWNLOAD FREE SAMPLE 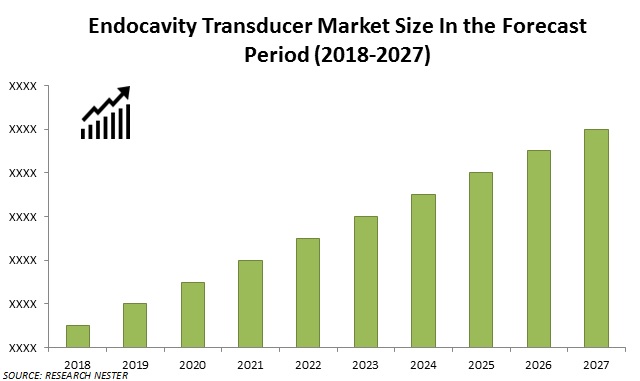 In Asia-Pacific region, the market for endocavity transducer is particularly pushed up by rise in adoption of advance clinical diagnosis and increasingly rising cognizance among the population. Further government initiatives in the developing regions of Asia-pacific are anticipated to aid in market growth of endocavity transducers in the region.

Global endocavity transducers market is further classified on the basis of region as follows: 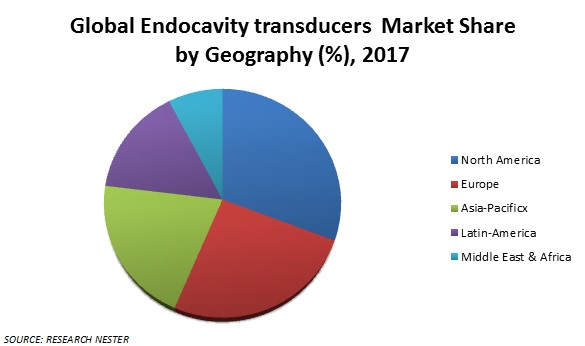 However lack of regulations and coordination of guidelines, shortage of expert professionals may act as some key reasons for the obstruction of the global endocavity transducers market.

The Global Endocavity transducers Market is segmented as follows: