Global District cooling energy system market is expected to account for a market size of around USD 12.09 billion in 2027 witnessing a CAGR of 14% during forecast period. Rise in consumption of cooling energy by a large number of people across the globe propelled a rise in demand for district cooling energy system. Additionally, increase in awareness towards the adaption of ecofriendly energy system is affecting the positive growth of the global district energy system market. On the basis of regional platform, global district energy cooling market is segmented into five major regions including North America, Europe, Asia Pacific, Latin America and Middle East & Africa region.

On the basis of regional platform, Middle East is anticipated to hold key growth potential in the market on account to the increase use of cooling energy and cost effectiveness technology adds up to the reason for growth of district cooling energy system market. 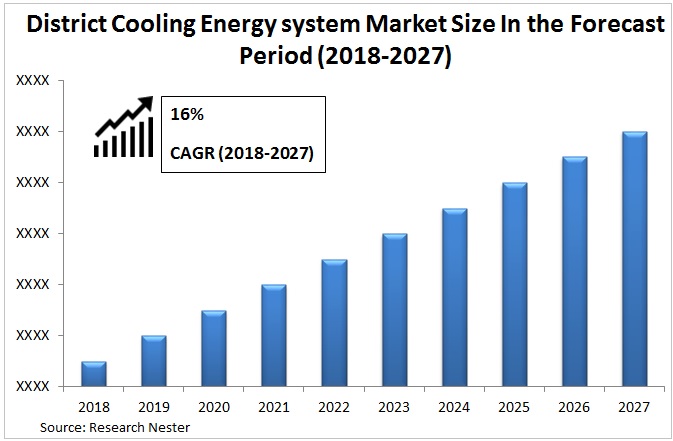 MEA region (Middle East and African) is expected to propel the growth of district energy market by 2027 with rise in demand for low emission cooling energy system by the people of region. North America and Asia Pacific is also expected to showcase the modest and steady growth in market from 2018-2027.

Global district cooling energy system market is further classified on the basis of region as follows: 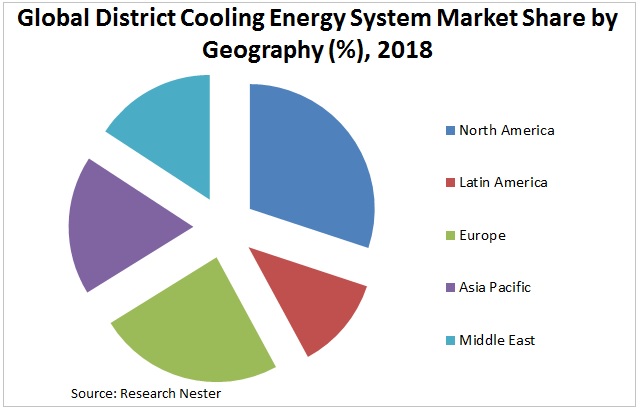 Availability of larger area that covers ocean or sea that can help to generate wind energy in offshore is the major growth driver of the industry.  According to “Association Industry Conditioning Air and Refrigeration Japan” number of air conditioning units used in 2017 was 110 million with 8% increment compared to previous year.

Increase in the greenhouse gas effect by emission of co2 with normal air conditioning system led to a rise in the demand for non-polluting energy cooling system which further drives growth in the district cooling energy system market.

One of the challenging factor that is hampering the growth of the market is high initial cost for setting up the district cooling energy network from the central water treatment plants to the end users.