Navigation speed log is an electronic instrument which is used to measure longitudinal and transversal speed of the ship. This navigation tool can measure a ship’s surface velocity. There are mainly two type of speed logs which are used in ships or vessels including doppler speed logs and electromagnetic speed logs. 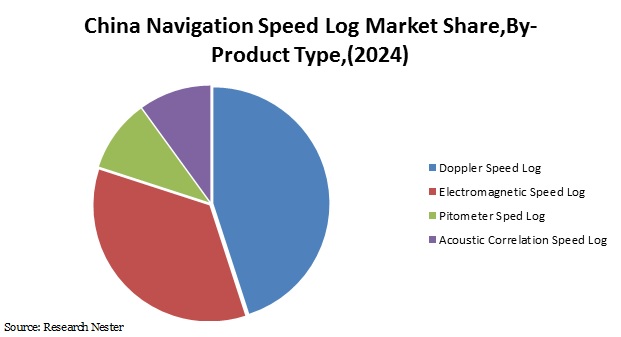 Factors such as presences of one of the largest naval forces and significant potential off water transportation in China are driving the growth of China navigation speed log market. Further, increasing number of marine ships including attack submarines, ballistic missile submarines, small surface ships, large surface ships and aircraft carriers in China naval forces is also fueling the demand for navigation speed logs n this country.

Furthermore, rising enhancement inland waterway transportation infrastructure in China is also a major factor which is projected to escalate the growth of China navigation speed log market in near future.

Additionally, enhancement of in-land water transportation infrastructure in China is also a major driver towards the growth of China navigation speed log market.

However, error occurred in navigation speed logs due to factors such as change in ship motion, due to rolling and pitching, due to inaccuracy in measurement of comparison frequency is a major challenge confronting the China navigation speed log market. Further, this factor is anticipated to hamper the growth of the market in near future.