The global broadcast automation software market is estimated to garner a large amount of revenue and grow at a robust CAGR over the forecast period, i.e., 2022 – 2030. The growth of the market can be attributed to the growing demand for seamless broadcasting in single channel environments, and rising popularity of multimedia streaming applications across the globe. Apart from these, planning broadcast media is a complex and tedious task that needs to be performed with high precision. This in turn is expected to augment the sales of broadcast automation software in the upcoming years in view of its ease to provide reasonable accurate timekeeping. Furthermore, increasing adoption of smart devices, coupled with upsurge in implementation of cloud-based solutions are projected to offer ample growth opportunities to the market in the near future. As of 2021, the total number of smartphone users in the world are more than 6 billion, i.e., almost 80 percent of the global population. In addition, the total number of people who own a smart and feature phone is about 7 billion. 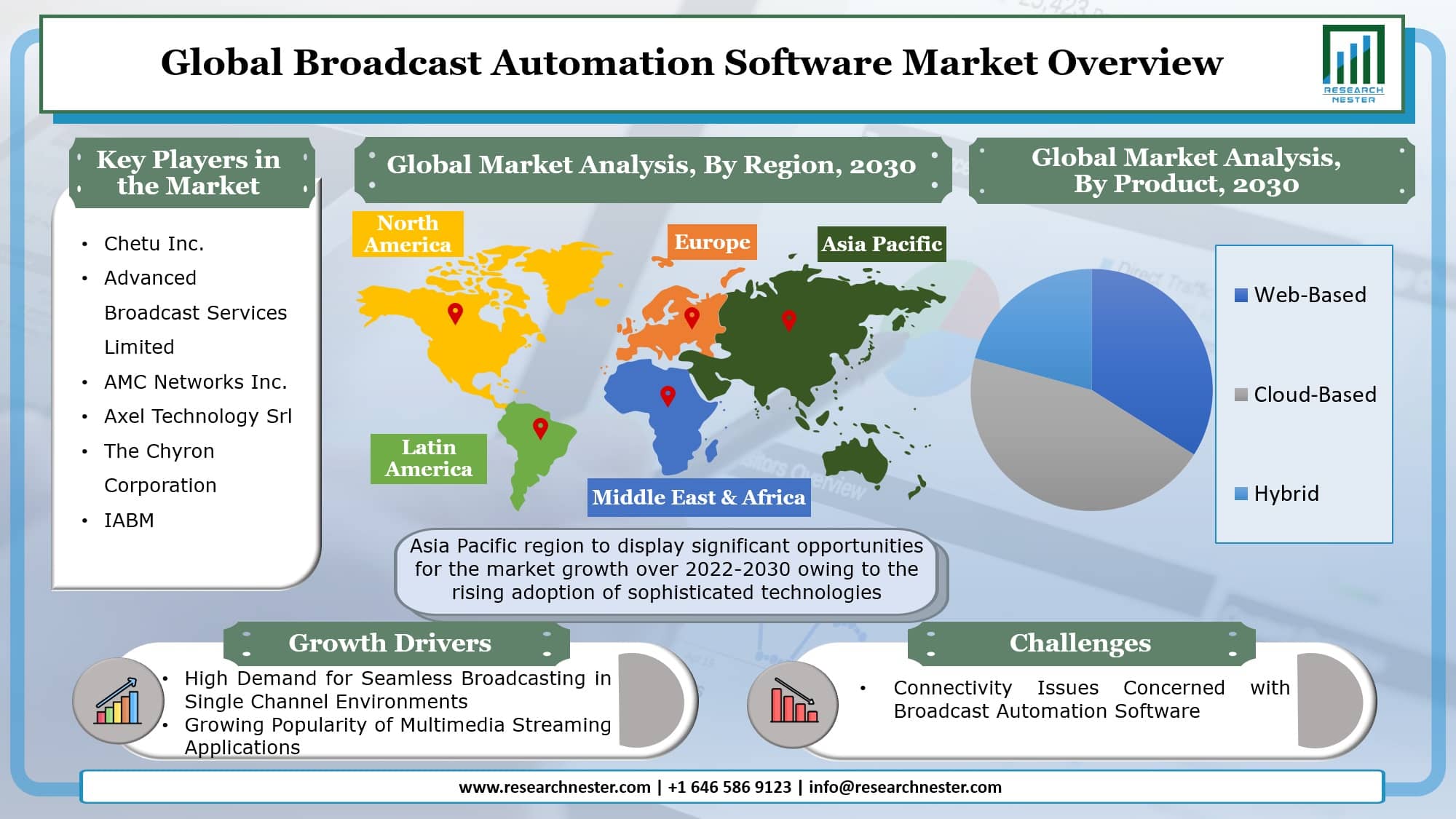 The market is segmented by application into entertainment, education, healthcare, government, and others, out of which, the entertainment segment is anticipated to hold the largest share in the global broadcast automation software market. This can be accounted to the large population still preferring to watch news and sports events on smart or traditional televisions, and growing demand for global and national entertainment content from all age groups. Additionally, on the basis of product, the hybrid segment is evaluated to observe the highest growth during the forecast period, which can be credited to the shifting preference of consumers to online and streaming media platforms, and increase in penetration of smartphones, smart TVs and other connected devices worldwide. Along with these, high flexibility, cost efficiency and real time access to broadcasting content offered by hybrid deployment are also predicted to boost segment growth in the future.

On the basis of geographical analysis, the global broadcast automation software market is segmented into five major regions including North America, Europe, Asia Pacific, Latin America and the Middle East & Africa region. The market in Asia Pacific is estimated to witness noteworthy growth over the forecast period on the back of the growing adoption of advanced technologies, and presence of large number of TV households in the region, especially in India and China. In the financial year 2018, more than 185 million households in India owned a TV set, which increased up to about 194 million and 200 million in FY 2019 and FY 2020 respectively.

In addition, the rising demand for on-demand content services is also assessed to propel APAC’s market growth in the coming years. Moreover, the market in North America is projected to occupy the largest share during the forecast period ascribing to the high usage of sophisticated broadcasting technologies, and strong presence of prominent market players in the region. 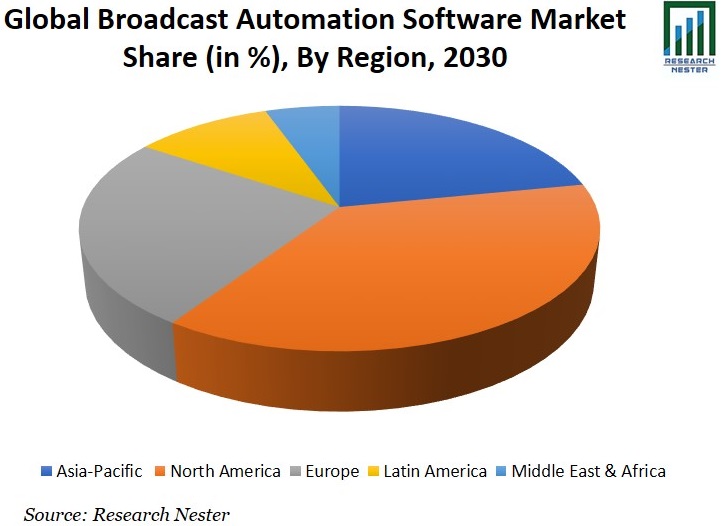 The global broadcast automation software market is further classified on the basis of region as follows:

What are the major factors driving the growth of the broadcast automation software market?

What would be the CAGR of broadcast automation software market over the forecast period?

What are the challenges affecting the broadcast automation software market growth?

Which region will provide more business opportunities for growth of broadcast automation software market in future?

Asia Pacific will provide more business opportunities for market growth owing to the growing adoption of advanced technologies, and presence of large number of TV households in the region, especially in India and China.

Who are the major players dominating the broadcast automation software market?

What are the segments in the broadcast automation software market?

The market is segmented by product, solution, application, and by region.

Which segment captures the largest market size in the application segment in the broadcast automation software market?

The entertainment segment is anticipated to hold largest market size and is estimated to grow at a notable CAGR over the forecast period and display significant growth opportunities.