On June 7, 2017, Hologic, Inc. announced that it received FDA approval for Genius™ 3D Mammography™ exam, which is the only FDA-approved mammogram for screening of women with dense breasts. This screening test for breast cancer consists of improved technology which gives it an edge over the conventional 2D mammography.

The breast cancer screening market is anticipated to record a CAGR of around 8% over the forecast period, i.e., 2019-2027. The market is segmented by screening test, by end user and by region, out of which, the screening test segment is further segmented into mammography, magnetic resonance imaging (MRI), ultrasound and others. Based on screening test, the mammography segment is anticipated to hold the largest share in the breast cancer screening market as mammography is the most widely used screening test for breast cancer. Government and non-government institutions are encouraging mammography screening tests to women, especially those above the age of 40 so as to detect breast cancer at the earliest possible stage. For instance, the United States Preventive Services Task Force (USPSTF) is an organization where doctors and healthcare experts research and recommend the best ways to diagnose diseases at an early stage. According to them, women who are aged between 50 and 74 should get screening tests done for breast cancer after every two years. On the other hand, MRI and ultrasound segments are estimated to grow at significantly high rates as well. Their growth can be explained on the back of growing demand for regular check-ups and tests which involve screening through these procedures. CLICK TO DOWNLOAD SAMPLE REPORT 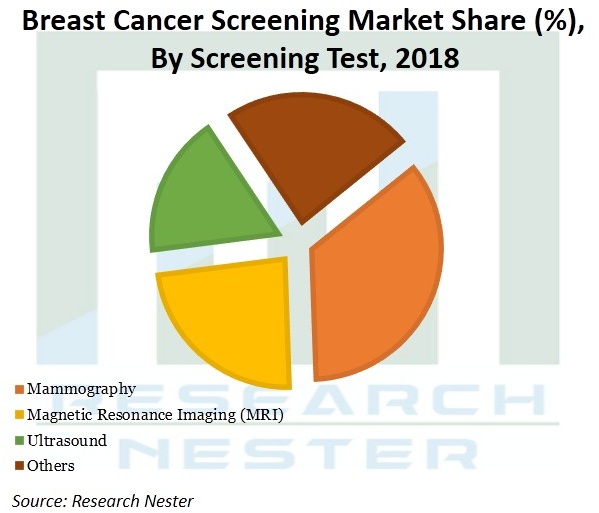 The growing cases of breast cancer among women has led to an increase awareness among women about the importance of getting the condition diagnosed at an early stage. The various measures taken by government to promote this health issue and make screening methods accessible to women are further estimated to increase the demand for breast screening market. As per the American Cancer Society, it is estimated that in 2019, about 268,600 new cases of invasive breast cancer will be diagnosed in women. Further, it is predicted that around 41,760 women will die from breast cancer this year. This is anticipated to significantly raise the market growth.

Development of Advanced Technology to Drive the Market Growth

The recent advances in screening technology is anticipated to result in the development of new and improved screening tests which are more accurate and provide better results. This, combined with the higher expenditure on healthcare by people, is another factor predicted to boost the market growth.

Harmful Effects of Screening Procedures to Restrict the Market Growth

The screening techniques have some risk factors which are predicted to limit the market growth. These majorly include the exposure of radiations and the intake of barium and fluorescent dyes, which is harmful for the patients and might result in acute or chronic health problems. Moreover, the screening procedures for breast cancer are highly expensive. These factors are anticipated to hamper the market growth in the upcoming years.

Our in-depth analysis of the breast cancer screening market includes the following segments:

The market for breast cancer screening is anticipated to be led by the market in North America owing to the rising concerns about the condition and initiatives taken by organizations for the prevention of breast cancer. The market in Europe is estimated to follow the lead with second highest share in the market during the forecast period. This can be attributed to the growing demand for breast cancer screening methods that are highly effective. However, the market in Asia Pacific is predicted to grow at the highest rate over the forecast period on account of improved healthcare infrastructure and rising awareness about breast cancer and its preventive measures in the region. 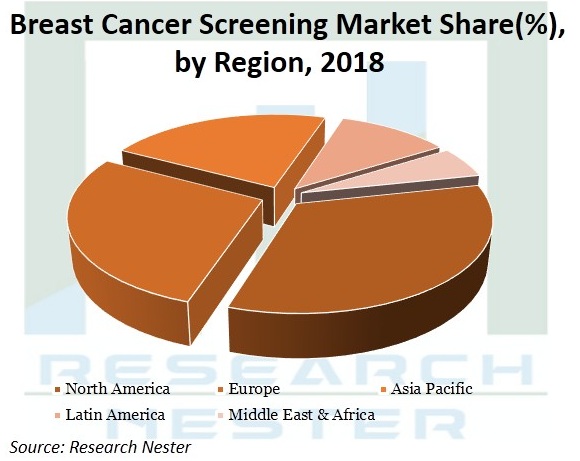 The breast cancer screening market is further classified on the basis of region as follows: