Benzene is an aromatic hydrocarbon molecule comprising of six carbon atoms and six hydrogen atoms with the chemical formula C6H6. It is an organic chemical compound and is a natural constituent of crude oil. It is a colorless and highly flammable liquid. Benzene also possesses a sweet smell and is responsible for the aroma around petrol stations. Primarily used as a precursor to the manufacture of chemicals, benzene can be associated with highly complex chemical structure which includes ethylbenzene and cumene. Benzene is produced as a by-product in steam crackers and refineries. As a result, the supply and demand of benzene is driven by other products derived from it. 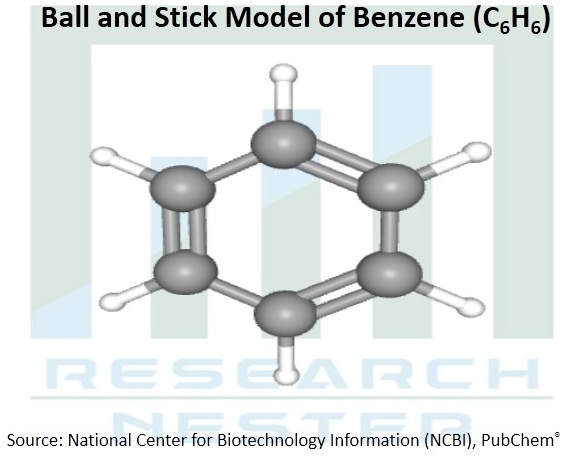 The global benzene market is thriving on the back of growing applications for benzene derivatives driven by the growing end-user industries around the globe, which includes packaging, construction, bulk chemicals and materials, textiles, automotive and several others. Additionally, rising exports of benzene around the globe on the back of increasing demand for benzene by end user organizations is also anticipated to contribute towards the growth of the global benzene market. According to the statistics by International Trade Centre, exports of benzene around the world grew from USD 5.354 billion in the year 2016 to USD 8.536 billion in the year 2018. CLICK TO DOWNLOAD SAMPLE REPORT 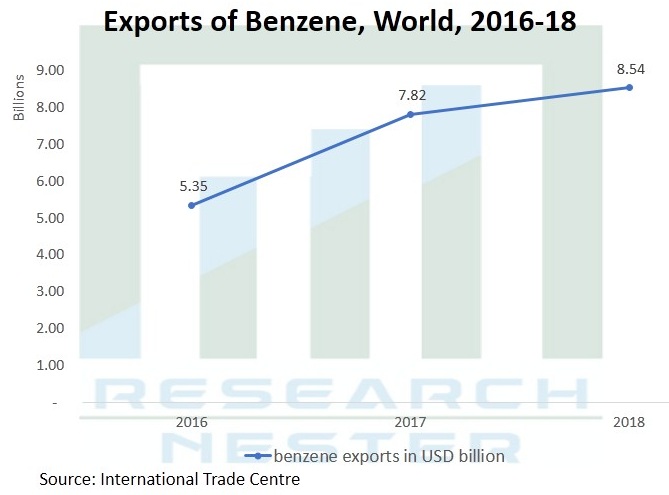 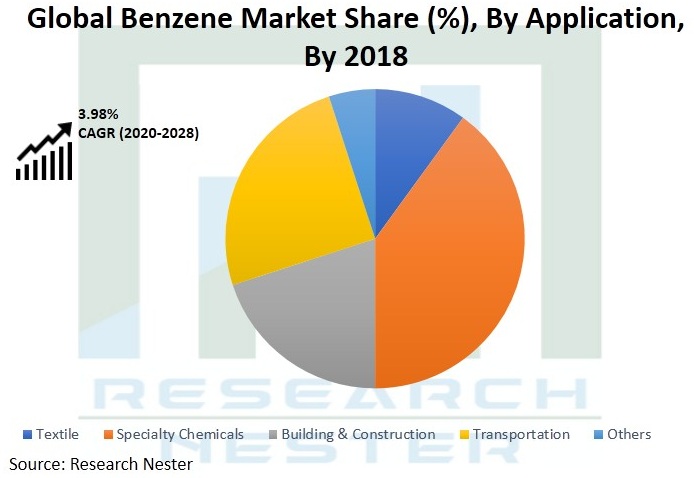 The global benzene market is also segmented by derivatives into chlorobenzene, toluene, nitrobenzene, cyclohexane, cumene, phenol, ethyl benzene, alkyl benzene, aniline and others, out of which, ethyl benzene segment is anticipated to gain significant market share on the back of increasing use of the chemical in the manufacturing of styrene as well as for greater use as a solvent in fuels as well as an intermediate for other chemical applications. Moreover, styrene is used primarily in the production of various products, including polystyrene, acrylonitrile-butadiene-styrene (ABS), styrene-acrylonitrile (SAN) resins and others. Styrene polymers also find massive utilization across various products such as televisions, disposable medical products, consumer electronics and several IT equipment. Furthermore, styrene is also used in the manufacturing of rubber tires.

Benzene is a large volume petrochemical commodity. As such, the hydrocarbon shows diverse applications to produce various chemicals in the chemical industry. Ranging across varied end user industries, for instance, tire or rubber manufacturing, plastics, paint and coatings, printing and others, several forms of benzene including ethylbenzene, cumene, cyclohexane and others are used. Moreover, rising demand for another prime derivative of benzene, known as styrene or polystyrene to be used across the end user industries is also anticipated to contribute towards the growth of the global benzene market during the forecast period.

A polyester polymer is made from an acid, benzene-1,4-dicarboxylic acid and an alcohol, ethane-1,2-diol. Owing to many desirable qualities of the polymer, polyesters are used across a wide array of applications. Ranging from knitting fabrics to making bottles, films, dielectric film for capacitors and others, polyesters are widely consumed across manufacturing industries. 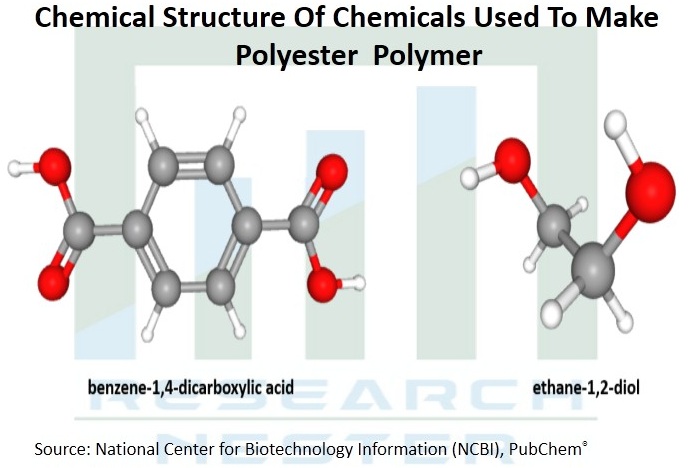 Benzene is one of the key components (benzene-1,4-dicarboxylic acid) used in the chemical process for the formation of a polyester polymer. Increasing demand for polyesters is anticipated to raise the demand for greater consumption of benzene hydrocarbon. Moreover, increasing exports of saturated polyesters around the globe is also anticipated to contribute towards the growth of the global benzene market. According to the statistics by International Trade Centre, exports of saturated polyesters increased from USD 7.764 billion in the year 2016 to USD 9.680 billion in the year 2018. 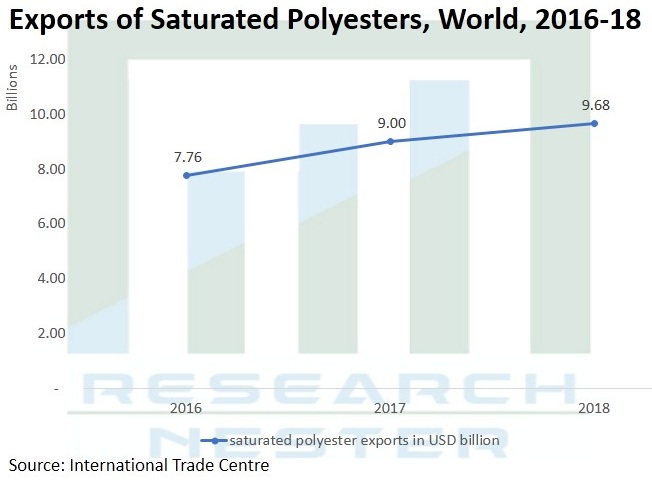 Detrimental Effects On Exposure To Benzene

Exposure to benzene is known to cause several health-related issues, such as cancer of the white blood cells, blood disorders and abnormalities of genetic material. Owing to such a factor, government of various nations around the globe have come across with stringent norms that recommends ban of benzene for the manufacturing of certain products. For instance, the U.S. Consumer Product Safety Commission (CPSC) endorses the ban of benzene in consumer products. Such a factor is anticipated to hinder the growth of the global benzene market during the forecast period.

Our in-depth analysis of the global benzene market includes the following segments:

Asia Pacific market is anticipated to hold the largest market share on the back of presence of several end user industries, such as electronics and home appliances, packaging and construction and others in nations such as China, India and ASEAN countries. Moreover, the rise in manufacturing facilities over the years supported by lower labor costs in the region, especially China, is also anticipated to contribute towards the growing demand for several industrial raw materials.

The global benzene market is further classified on the basis of region as follows: