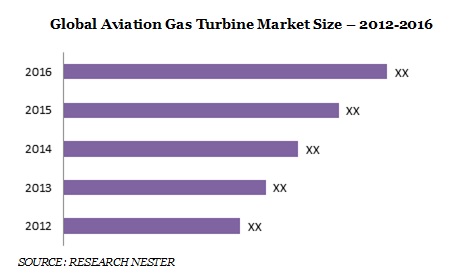 Geographically, North America captured the lion share in the overall aviation gas turbine market in 2016. Besides, North America is projected to continue its dominance over the forecast period. This can be attributed to the strengthening passenger air traffic in the region. Moreover, healthy outlook of the defense aviation industry in the region is expected to supplement the growth of the aviation gas turbine market.

Asia Pacific is projected to observe high growth rate during the forecast period. In 2016, Asia Pacific accounted for more than 50% of overall new airport investments globally. This factor is envisioned to strengthen the growth of aviation market which is anticipated to supplement the growth of aviation gas turbine market during the forecast period. Further, burgeoning middle class composition in the aircraft travelling is likely to strengthen the growth of the aviation industry in the developing countries such as China, India, Thailand and others. Furthermore, Asia-Pacific region is believed to be the most lucrative market owing to emerging economies such as China and India.CLICK TO DOWNLOAD FREE SAMPLE

Global aviation gas turbine market is further classified on the basis of region as follows: 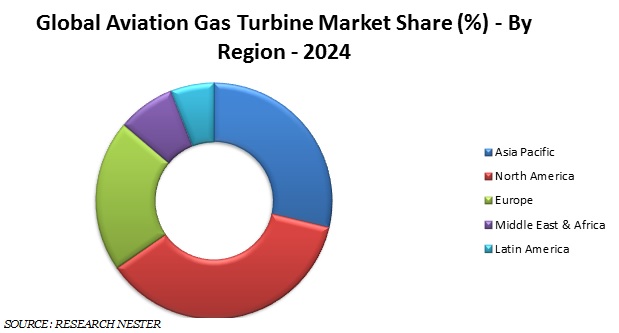 Moreover, favorable government initiatives to increase the number of fighter aircrafts and to strengthen their air forces are likely to fuel the growth of global military aircraft market. Further, this factor is anticipated to supplement the growth of aviation gas turbine market.

In contrast, decline in the defense budget spending in some nations is anticipated to negatively impact the growth of the global aviation gas turbine market.

The global aviation gas turbine market is segmented as follows: