The global ammonium sulfate market reached a value of around USD 3400 million in the year 2017 and is expected to garner around USD 4400 million by the end of 2026 by registering a CAGR of around 3% across the globe over the forecast period 2018-2026.

The global ammonium sulfate market is segmented by regions into North America, Latin America, Europe, Asia Pacific and Middle East and Africa. Among these regions, the market of Asia Pacific ammonium sulfate is primarily driven by nations such as China, India and Japan, where the cultivation of rice is increasingly high on the back of growing population in the nations which is raising the need for production of crops in these nations. The ammonium sulfate market in Asia Pacific was valued at around USD 1400 million in the year 2017 which contributed to a share of around 41% in the same year. The market in the region is further anticipated to reach a value of around USD 1900 million by the end of 2026. Additionally, Asia Pacific is also expected to expand by observing the growth rate of around 1.36x over the assessment period, which in turn is estimated to have a positive effect on the demand for ammonium sulfate in the long run.

Further, the ammonium sulfate market in North America is anticipated to grow at a modest CAGR over the forecast period on the back of alkaline nature of the soil in the region, which is raising the need for greater utilization of ammonium sulfate fertilizers. The market in the region is primarily driven by the United States, which is also known for being the largest individual consumer of aluminum sulfate. 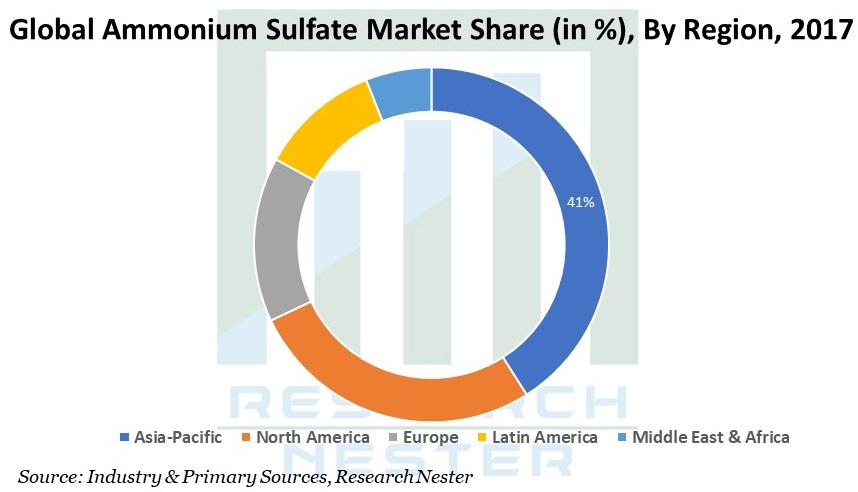 The global ammonium sulfate market has been segmented on the basis of application into fertilizers, industries, pharmaceuticals, food & beverages and others. The fertilizers segment with around 88% share in the year 2017, occupies the largest market of ammonium sulfate across the globe. Additionally, fertilizer segment is anticipated to cross USD 3900 million by the end of 2026 and is anticipated to flourish at a modest CAGR over the forecast period. Ammonium sulphate is extensively used to enhance the soil quality and microbial growth which ultimately increases the yield of crops. 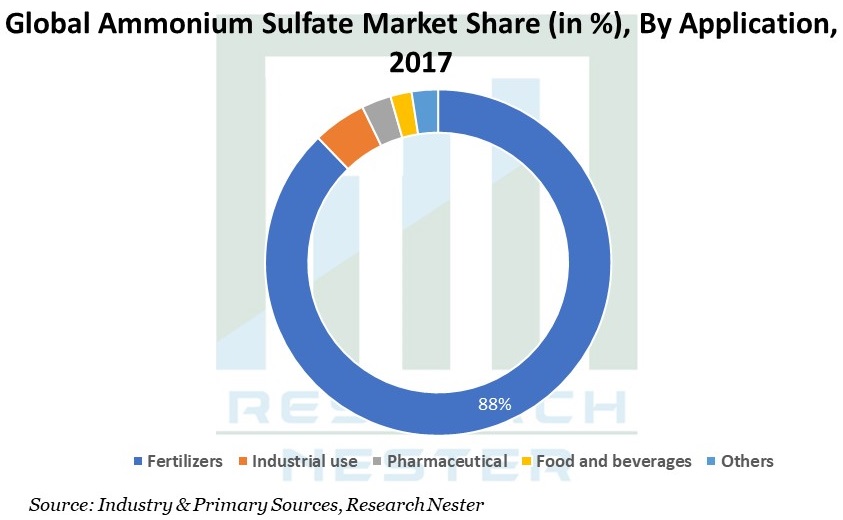 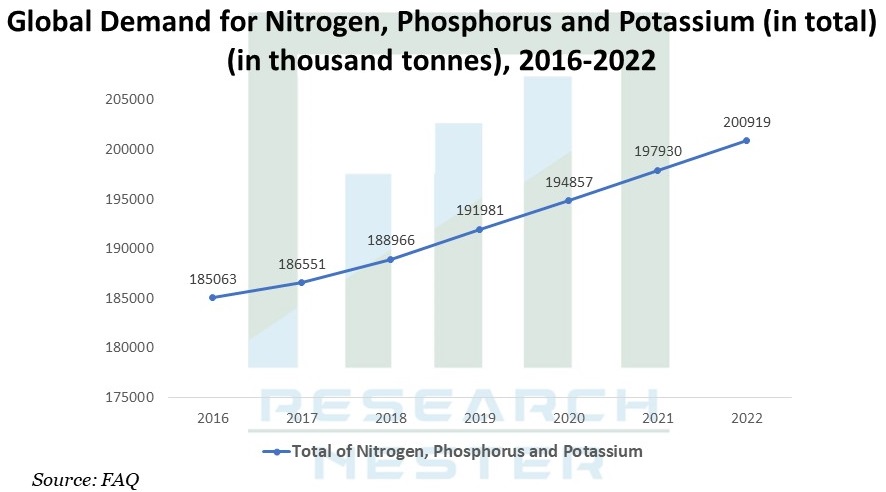 Availability of substitutes that provide the three primary nutrients, i.e. nitrogen, phosphorus and potassium, responsible for enhancing the nutrient content of fertilizers, along with the concern that ammonium sulfate accounts for nearly 4% of the total demand for nitrogen-based fertilizers, which raises the need for the utilization of substitutes, are some of the factors anticipated to impact negatively towards the growth of the global ammonium sulfate market.

What are the major factors driving the growth of the Ammonium Sulfate market?

Rising demand for fertilizers amongst farmers in the agriculture industry for increasing production of crops is one of the major factors that is driving the growth of the market.

What would be the CAGR of Ammonium Sulfate Market over the forecast period?

Which region is currently holding dominating share in the Ammonium Sulfate market?

Which region will provide more business opportunities for growth of Ammonium Sulfate market in future?

North America is anticipated to provide more business opportunities for the growth of the market in the future.

Who are the major players dominating in the Ammonium Sulfate market?

What are the major segments in the global ammonium sulfate market?

The market is majorly segmented by product form, application and by region.

What can be the significant growth opportunity for the application segment in the global ammonium sulfate market?

The fertilizers segment, which is a sub-segment of the application segment, held the largest market share of around 88% in the year 2017 is anticipated to show significant growth opportunity in the future.

Availability of substitutes for meeting the requirements of fertilizers is one of the major factors anticipated to act as a barrier towards the growth of the global ammonium sulfate market.