The global alcohol use disorder treatment market is estimated to garner significant revenue by growing at a notable CAGR over the forecast period, i.e., 2022 – 2030. The growth of the market is attributed to high prevalence of alcohol use worldwide. According to The World Bank, global average alcohol consumption per capita was projected to be 6.18 litres of pure alcohol in 2018. Moreover, increasing awareness regarding alcohol use disorder, and growing number of rehabilitation facilities are further fostering the growth of the market. 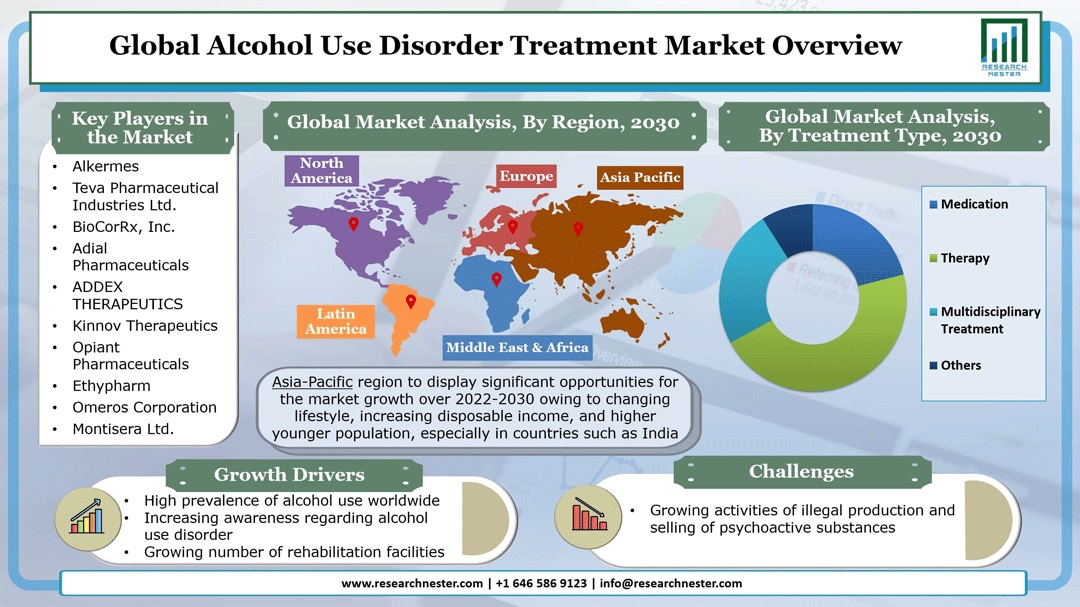 Alcohol use disorder (AUD) is a medical condition where there is compulsive intake of alcohol that is characterized by an impaired ability to stop or control. AUD is considered a chronic brain disorder with adverse social, occupational, and health consequences. According to the WHO, in the age group 15 to 49 years, alcohol was the leading risk factor for premature mortality and disability, in 2018, and accounted for 10% of all deaths in the age group. According to Our World in Data, alcohol consumption caused 2.84 million premature deaths globally in 2017.

The epidemiology section of the report covers detailed understanding on market overview in 8 major markets, i.e., the United States, Germany, U.K., France, Italy, Spain, Japan, and China comprising research analysis on drug pipeline, unmet needs, R&D expenditure, marketed products, and key players among other approaches pertaining to the treatment. The market in these regions crossed USD 6400 Million in revenue in 2020. Overall, around 88 million people are currently suffering from AUD, wherein, 6.5 million people are seeking treatment and the drug treated pool comprised of 3.2 million. In the U.S. alone, the alcohol treatment is estimated to be a ~USD 35 Billion/ year market as there are approximately 35 million people with AUD each year, out of which, only 8% get treated. Around 15 million of the people aged 12 and above had AUD in the United States in 2019. According to the CDC (Centers for Disease Control and Prevention), the alcohol-related deaths every year account to 95,000. The majority of the people with undiagnosed AUD are estimated to create huge market opportunities for drugs required to treat patients. This is one of the major factors, based on which, the market in these regions is estimated to witness a 2.1x growth from 2020 to 2030 and touch USD 13,189.5 Million in 2030. 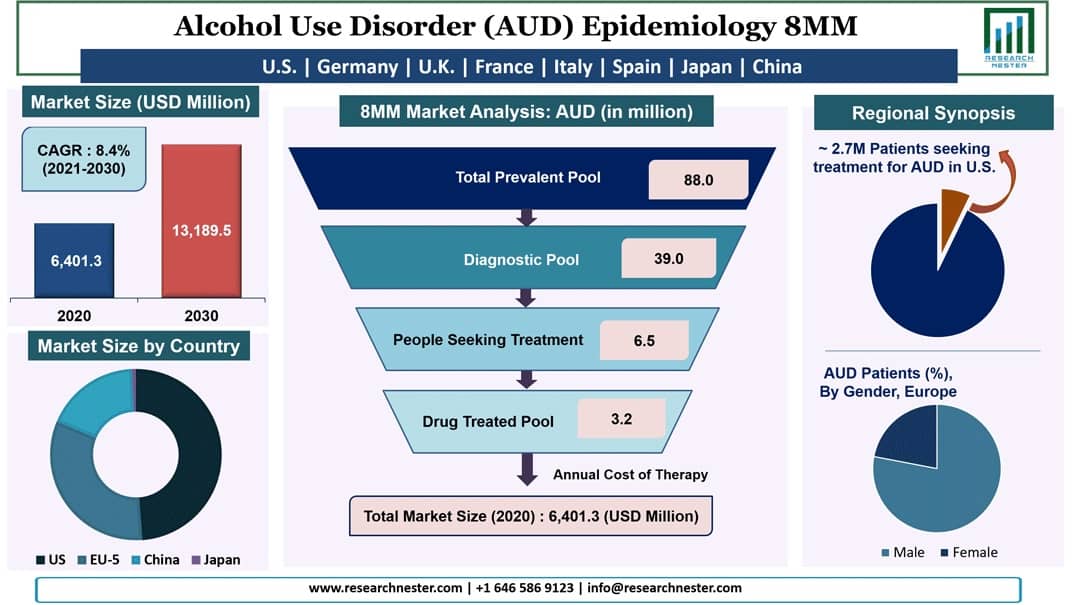 The prevailing drugs in these markets are Antabuse (disulfiram), Vivitrol (naltrexone), Revia (naltrexone), Campral (acomprosate), and Selincro (nalmefene), where the disulfiram, naltrexone, and acomprosate are approved by the FDA, whereas, the nalmefene (available in Europe and Japan) is marketed outside of the U.S. However, there are challenges related to treatment such as stigma associated with alcoholism and lack of training in the utilization of FDA-approved options among others which might act as barriers to the growth of the market. Moreover, there are 12 molecules in pipeline from major players, out of them, 6 are in phase-2; and one in phase-3 from Adial Pharmaceuticals where clinical analysis suggests the likely approval of this molecule. The prominent key players in the market in these regions are Lundbeck, Odyssey Pharmaceuticals Inc., Merck, Sanofi, and Alkermes

On the basis of treatment type, the market is segmented into medicinal, therapy, multidisciplinary treatment, and others, out of which, the therapy segment is estimated to hold the largest market share owing to the availability of numerous types of therapies to manage AUD and high preference for therapies to avoid subsequent side effect on health. The multidisciplinary treatment segment is anticipated to witness rapid growth over the forecast period owing to its high and fast effectiveness on both mental and physical health. 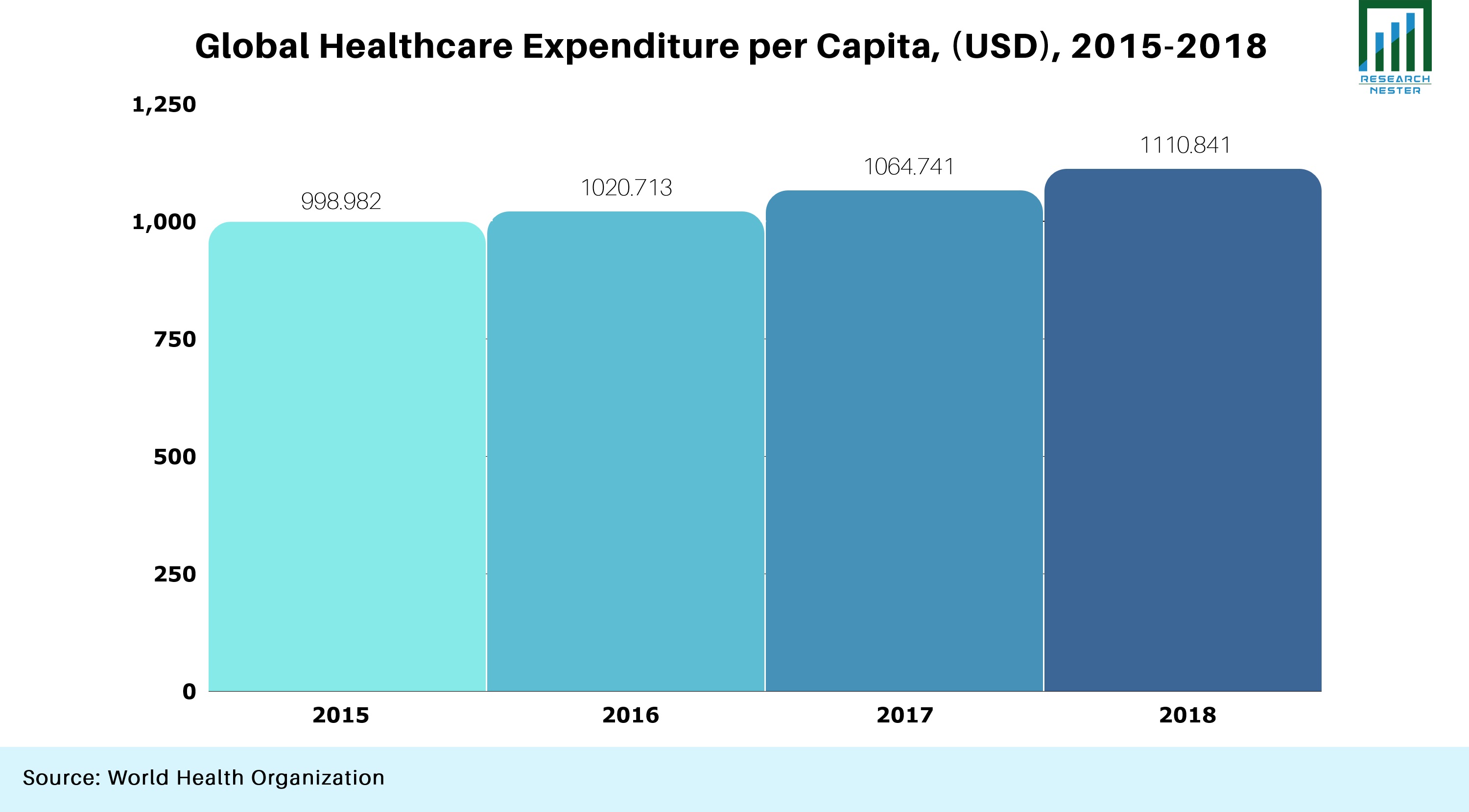 Geographically, the global alcohol use disorder treatment market is segmented into five major regions including North America, Europe, Asia Pacific, Latin America and Middle East & Africa region. North America is expected to hold the largest market share owing to high prevalence of psychoactive substance abuse, with the U.S. leading the market in the region. Nearly 15 million people in the United States, over the age of 12, had AUD in 2019, which was reported to be 18 million in 2021.  This region has the most extensive de-addiction and rehabilitation facilities that is expected to boost the market growth.

North America is closely followed by Europe region which is largely driven by countries such as Germany, Ireland, Russia, Poland, and Belgium owing to high alcohol consumption. As per European Commission, over 8% of the adult population in Europe consumed alcohol daily in 2019.

Asia-Pacific region is projected to witness growth at the highest rate over the forecast period owing to changing lifestyle, increasing disposable income, and higher younger population, especially in countries such as India. 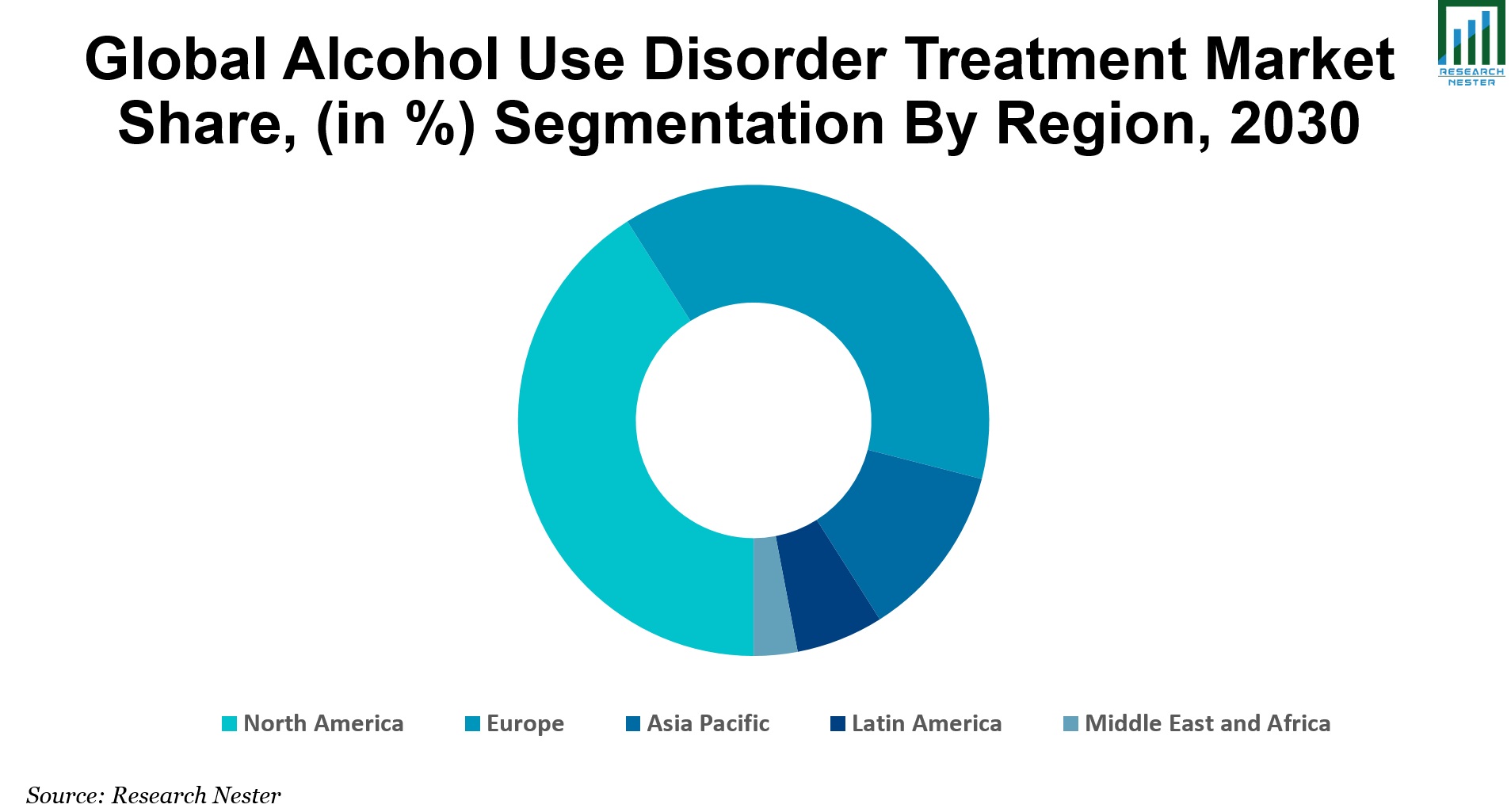 The global alcohol use disorder treatment market is further classified on the basis of region as follows:

Our in-depth analysis of the global alcohol use disorder treatment market includes the following segments:

What are the major factors driving the growth of the alcohol use disorder treatment market?

High prevalence of alcohol use worldwide, increasing awareness regarding alcohol use disorder, and growing number of rehabilitation facilities are the major factors driving the market growth of the market.

What would be the CAGR of alcohol use disorder treatment market over the forecast period?

What are the challenges affecting the alcohol use disorder treatment market growth?

Growing activities of illegal production and selling of psychoactive substances in the market are estimated to hamper the market growth.

Which region will provide more business opportunities for growth of alcohol use disorder treatment market in future?

Asia-Pacific region is expected to provide significant business opportunities for the growth of the global alcohol use disorder treatment market.

Who are the major players dominating the alcohol use disorder treatment market?

What are the segments in the global alcohol use disorder treatment market?

The market is segmented by disorder type, treatment type, and by region.

Which sub-segment captures the largest market size in treatment type segment in the global alcohol use disorder treatment market?

The therapy segment is anticipated to hold largest market size in value and witness a significant growth over the forecast period.

Growing activities of illegal production and selling of psychoactive substances in the market are estimated to hamper the market growth.