Super critical boiler is a kind of steam generator which is the biggest and the critical part of the thermal power plant. Boilers are used for producing heat at the tubes of container. It can operate at super critical temperature at pressure above the critical pressure – 3,200 psi or 22 MPA. Water passing through the container tubes turn out to be in form of steam. Super hearting and reheating process can increase the efficiency of processing cycle.

Technical Advantages of using super critical boilers in thermal power plants is  lower fuel consumption, lower carbon emissions, The load change rate capability of the system is not restricted by the turbine, Steam temperature at the inlet and outlet of the reheater is nearly constant over a wide load range, boiler feed water pump power is significantly reduced at lower loads, Short startup times for next working cycle and Higher plant efficiency respects to the entire load range. Super critical boiler is used by manufacturers of electric vehicles to reduce the consumption of fuel in vehicles and increase the efficiency at the time of running.

The global Super Critical Boiler Market is expected to grow around USD 26 billion in 2027 from USD 19 billion in 2018 at a significant CAGR 6% in the forecast period of 2018-2027.On the basis of regional platform, global Super Critical Boiler Market is segmented into five major regions including North America, Europe, Asia Pacific, Latin America and Middle East & Africa region.

Asia Pacific is expected to dominate the Global Super Critical Boiler Market till forecast period 2018-2027. Additionally, rise in thermal power plant in fast growing countries propelled the demand for super critical boiler and expected to fuel the growth in the market.North America is also expected to showcase the promising growth in Super Critical Boiler market backed by increasing production of electric vehicles. Additionally, use of super boiler in vehicle reduces the fuel consumption and emits low co2 gas is driving the growth of market till forecast period 2018-2027.CLICK TO DOWNLOAD FREE SAMPLE REPORT 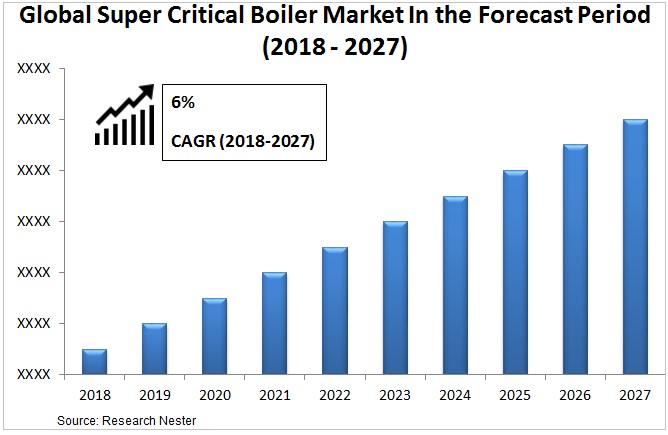 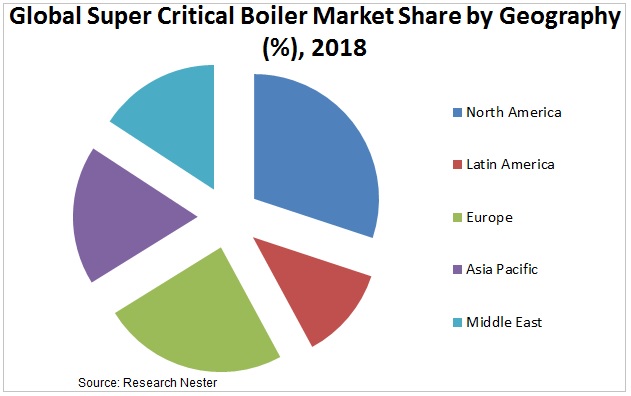 According to “International Renewable Energy Agency” (IREA) new innovations in technology captured the interest of public in block chain over past few years.  Most of the attentions of the consumer came from the rise of bit coin a part of crypto currency market that was at peak in January, 2018 It crossed USD 800 billion and fell at rapid pace to quarters of its size.

Thermal power plants and road vehicles emits co2 gases from burning of fossil fuels and leads to global warming. With prominent and best utilization of super critical boilers environmental pollution can be decrease and expected to propel the growth of market in future.

Rising awareness amongst the consumers for greenhouse gasses

Increased awareness for global warming effects and adaptation of resources that are eco-friendly is supporting the growth of super critical boiler market in forecasted period.

Competition and innovations in R&D sector

With rising scope in energy and power sector for key players of super critical boiler market is expected to grow in a significant rate. Moreover, the improvement in R&D sector for improving efficiency and environmental issues is also expected to drive the growth in the market.

Rising demand for electric vehicles in countries such as china and US helps to grow the electric automotive industry. Additionally, rise in demand of automotive directly demands for super critical boiler at manufacturing process to form steam bubbles with high pressure drives the growth of market.

Lack of sunlight at winter and rainy season

One of the challenging factor that hampers the growth of Super Critical Boiler market is in-sufficient supply of sunlight in winter and rainy season. Additionally, at this stage electricity in buildings is generated and captured from electricity grid station.