A smart city is referred to the concept where integration of information and communication technology is being done along with various other physical devices connected to the Internet of Things (IoT) network so as to optimize the efficiency of city operations and services and thereby connect to the citizens. Smart city technology allows city officials to interact directly with both the community and the city infrastructure. It also allows to monitor what is happening in the city and how the city is evolving. Additionally, IT & telecom is used to enhance the quality, performance and interactivity of urban services in a smart city. Such a factor also helps to reduce costs and resource consumption and also helps to increase the contact between citizen and the government. 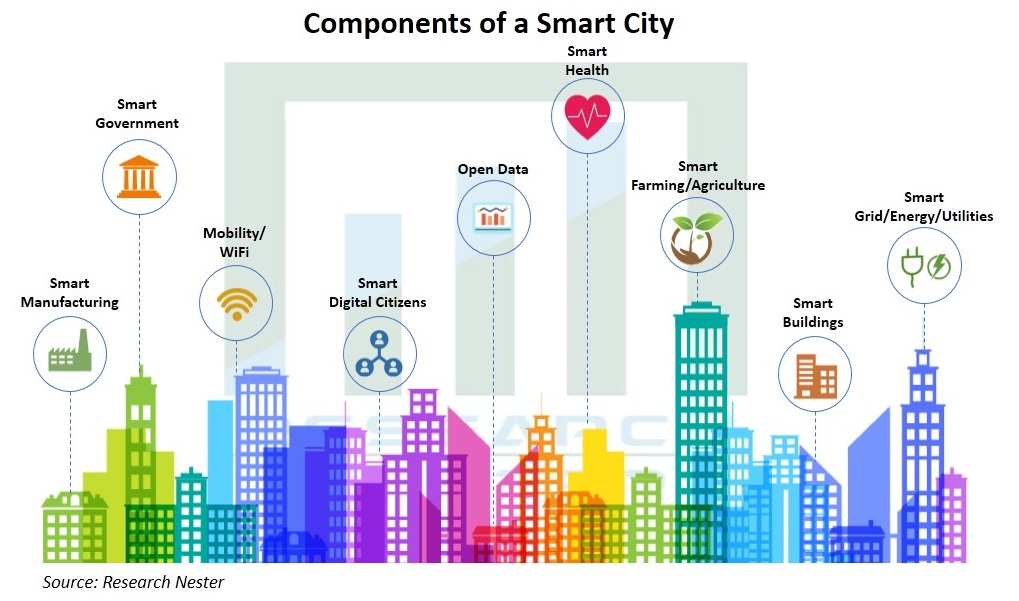 The global smart city market is thriving on the back of recent technological advances in domains such as healthcare, transport, energy, governance and intelligence gathering among others. Additionally, growing adoption of technologies, for instance, Internet of Things (IoT), cloud computing, big data, cognitive computing and open data among others, along  with advancements in smart railways, smart lighting technologies, and others are some of the factors promoting significantly towards the growth of the global smart city market. CLICK TO DOWNLOAD SAMPLE REPORT

The market is anticipated to record a CAGR of around 18.05% throughout the forecast period, i.e. 2019-2027. The global smart city market is segmented by functional area into smart transportation, building, utilities, and citizen services. The smart healthcare segment, which is a sub-segment of the smart citizen services is anticipated to hold the largest market share on the back of growing health expenditure by the government of various nations. According to the statistics by the World Health Organization (WHO), domestic general government health expenditure per capita in the world grew from 556.2394 (current USD) in the year 2010 to 762.5433 (current USD) in the year 2016. 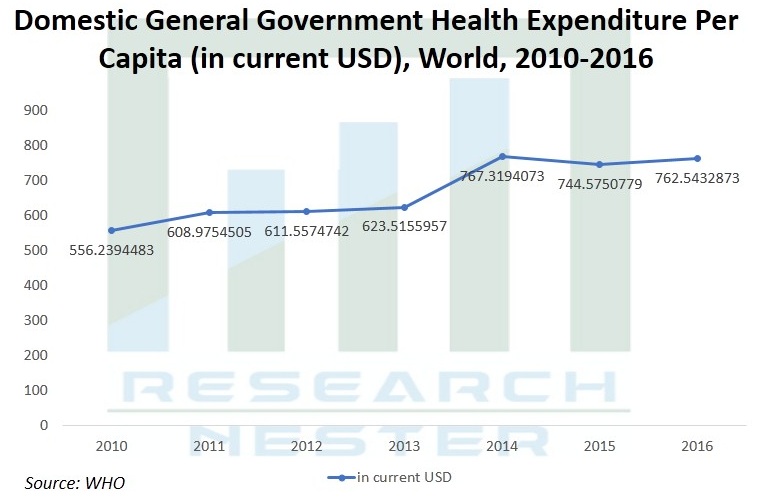 Favoring Initiatives Of The Government

Various nations around the globe have been playing a major role in the development of smart cities by developing numerous regulations and initiatives focused on the development of the smart services as a major part of the infrastructure. Governmental organizations across the globe are organizing symposiums so as to promote the implementation of smart city technologies which are beneficial for a sustainable living for the citizens of the nation. 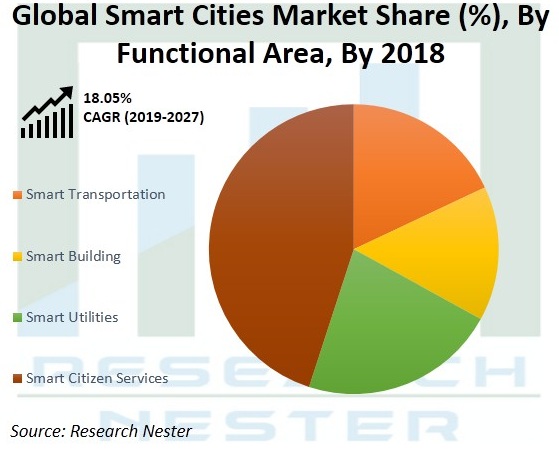 For instance, ISO 37100 (Sustainable cities and communities) family of standards of the International Organization for Standardization (ISO) provides cities with an overall framework for defining sustainable development objectives as well as a roadmap to achieve them. The World Smart City Forum event, organized by International Telecommunication Union (ITU), in partnership with IEC and ISO, along with the Government of the Province of Santa Fe and Universidad Tecnologica Nacional, Argentina was held on 29th of November 2018. The event focused on the challenges in smart city development and how to solve those issues together. Moreover, strong inter-relationship between the two principal stakeholders, i.e. government and the private sector, together is anticipated to develop a three-tier continuum on reshaping how the smart city digital infrastructure will develop, financed and delivered in the upcoming years. Such a factor is anticipated to promote the growth of the global smart cities market during the forecast period. 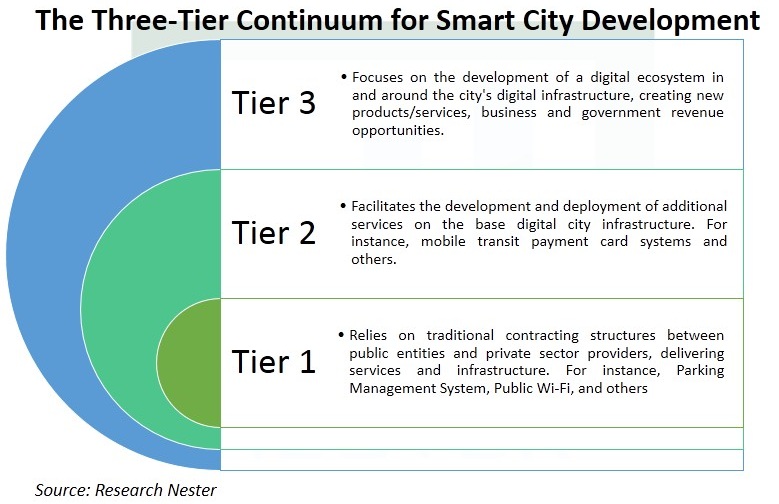 Rapid Urbanization to Promote Growth of the Smart Cities

With the growing urbanization primarily taking place across nations worldwide, the growth of the cities and economic development are inextricably linked. The rising urbanization will also demand for smart technology initiatives from the government and private sectors. Additionally, the rise in population and the dynamic shift in the number of urban dwellers, along with economic growth of megacities, all of these factors together are anticipated to contribute towards the growth of the global smart cities market. 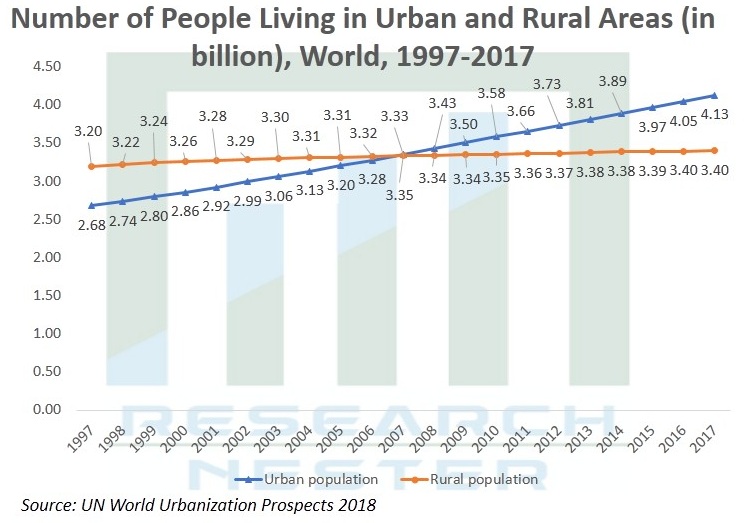 Security concerns lying over the deployment of smart devices in cities and the fear of cyber threats along with the increasing cybercrimes, coupled with the fear of data breach, all of these factors are anticipated to act as a barrier to the growth of the global smart cities market.

Our in-depth analysis of the global smart cities market includes the following segments: 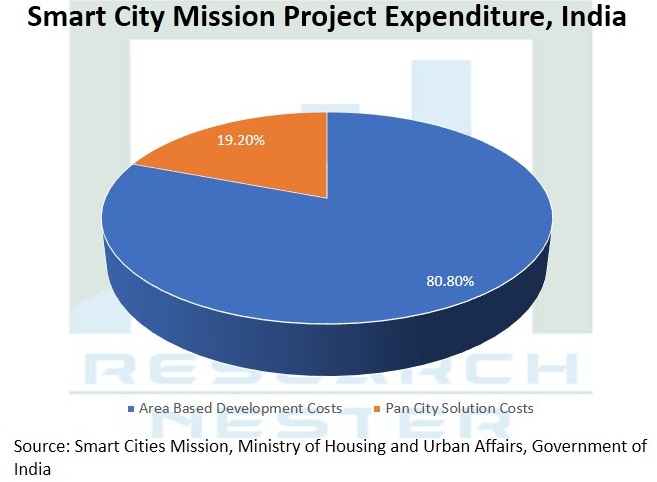 Additionally, focus of the government of these nations on developing the various departments of the country, for instance, transportation, energy, public security and others are also anticipated to contribute towards the growth of the global smart cities market in the region.

The global smart cities market is further classified on the basis of region as follows: