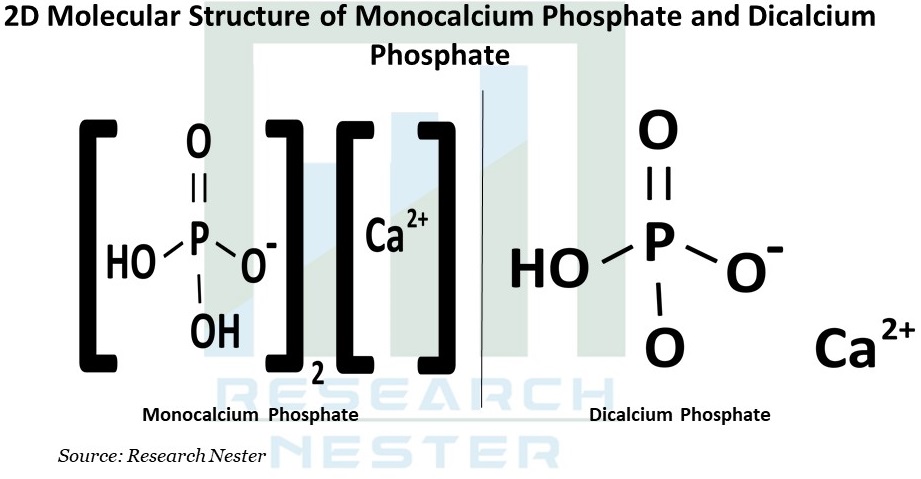 The monocalcium phosphate and dicalcium phosphate market is anticipated to record a notable CAGR over the forecast period, i.e., 2021-2028. This growth can be attributed to the multiple benefits offered by these compounds in various end use industries such as food & beverage, animal feed, agriculture, pharmaceutical, and other industries. Monocalcium phosphate acts as a phosphate supplement and plays a vital role in the animal feed industry. It provides animals with calcium and phosphorus, which helps to improve the metabolism, and functioning of nervous, immune and reproductive systems of an animal. On the other hand, dicalcium phosphate is used as a nutritional supplement in the pharmaceutical industry. The growing concerns for diseases, such as osteoporosis and others, that are caused due to lack of calcium and phosphate in living organisms are raising the need amongst the end users to consume these bio-chemicals from various sources that contain them. Such a factor is anticipated to promote the growth of the global monocalcium phosphate and dicalcium phosphate market. According to National Institutes of Health (NIH), osteoporosis, a disease caused due to calcium deficiency in our body, is a serious health problem for more than 10 million U.S. adults, about 80% of whom are women.

The market is segmented by application into fertilizers, food production, beverages, animal feed, pharmaceuticals and others, out of which, the fertilizers segment is projected to grow at a significant CAGR over the forecast period as phosphate fertilizers improves the quality of fruits, vegetables, and grain crops, and is important in seed formation. They regulate the pH level of the soil which further regulates the availability of nutrients to the plants and also influences their chemical reactions. Additionally, the application of monocalcium phosphate and dicalcium phosphate in food and animal feed industry in emerging economies are projected to propel the growth of the fertilizers segment during the forecast period. CLICK TO DOWNLOAD SAMPLE REPORT 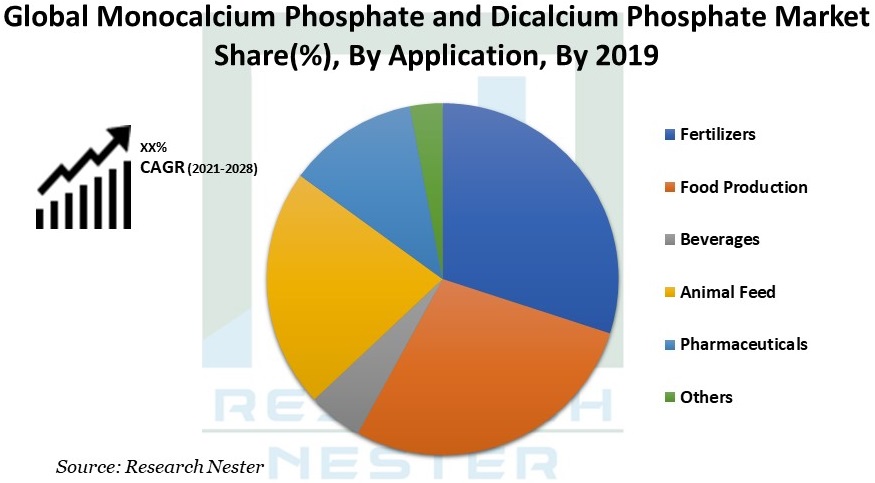 Around 99 percent of total body calcium is found in teeth and bones and the remaining percentage is present in blood, extracellular fluid, muscle, and other tissues.

The human body requires calcium and phosphorous for its proper functioning as these chemicals play many roles in the body such as synthesis of DNA and building and maintenance of bones. Deficiency of calcium and other essential nutrients in the human body cause various diseases such as osteoporosis, rickets, hypoparathyroidism and others. The concern for such diseases amongst individuals is therefore aiding the consumption of calcium supplements that contain dicalcium phosphate. Therefore, many food manufacturers use dicalcium phosphate as a dietary supplement to meet the consumer’s dietary needs.

Phosphorus makes up around 1 to 1.4% of fat-free mass in a human body. Of this amount, around 85% is in bones and teeth, and the remainder is distributed throughout the blood and soft tissues.

Specified intake of monocalcium phosphate is proved to be beneficial for the health of animals. A 1% solution of monocalcium phosphate equals to a minimum pH value of 3.5, which is considered to be effective on the health of a living organism and thus is recommended as a food supplement for livestock and poultry diet. Moreover, on the back of the growing demand for meat and meat products around the globe, there is an increasing focus among the farmers for rearing poultry and other meat sources, and in turn the need for animal feed and fodder. According to the United States Department of Agriculture, the global production of chicken meat is estimated to record 102.9 million tons in 2021. On the contrary, monocalcium phosphate benefits the animals as phosphorous and calcium are necessary for the formation of bones and strong skeletal development. Such benefits of monocalcium phosphate is anticipated to drive the growth of the market over the coming years.

The market in Asia-Pacific is expected to record significant CAGR over the forecast period, on the back of rapid development in the agricultural sector, advancements in food and diary industries, and increased dependency on calcium-based supplements. In India, the growth in the agricultural sector over the past years has been strong and the crop production has been able to keep pace with the demand for quality products from a growing population. Furthermore, macroeconomic trend such as increased disposable income, and the growing industrialization in the region, are anticipated to drive the growth of monocalcium phosphate and dicalcium phosphate market over the coming years.