Wireless charging involves the energy transmission from a power source to the smartphone without the use of wires. Juice pack access is a battery case that is specifically designed to protect the battery present inside the phone including charging some of the high end models of Apple iPhones and a few models of Samsung galaxy phones wirelessly. It is powered by rechargeable lithium-ion polymer batteries that include 2000 mAh for iPhone 11 and iPhone 11 Pro and 2200 mAh battery for iPhone 11 Pro Max that offer longer battery lives compared to their earlier models and an LED status indicator button that can be used to check the battery level to decide when the case can be turned on or off.

The juice pack access market is estimated to grow at a significant CAGR over the forecast period i.e. (2020-2027), owing to the convenience that the product offers to its users that include battery protection, wireless charging and complete access to iPhone Lightning port that permits the user to attend calls while simultaneously charging the mobile. The market is segmented by battery capacity into 2000 mAh, 2200 mAh, 2950 mAh & 3300 mAh and by distribution channel into online and offline. The online segment is anticipated to observe significant demand for these devices, owing to growing number of internet users and their preferences to conduct online transactions with the help of their smartphones or smart devices. The revenue arising from global retail e-commerce sales stood at an estimated figure of USD 2.3 trillion in 2017 as per an IMF report published in July 2019. Moreover, with increasing number of individuals becoming dependent on the usage of internet for their activities and the preference shown among the global population for owning various electronic wireless accessories is anticipated to drive the demand for these devices. The juice pack access market is segmented by battery capacity and by distribution channel, out of which distribution channel is anticipated to register the highest growth. Online segment forming part of distribution channel is anticipated to observe higher growth, owing to the increasing demand generated for these products from millennial population who are preferring to own products of comfort and convenience that can help them save time and money. DOWNLOAD SAMPLE REPORT HERE 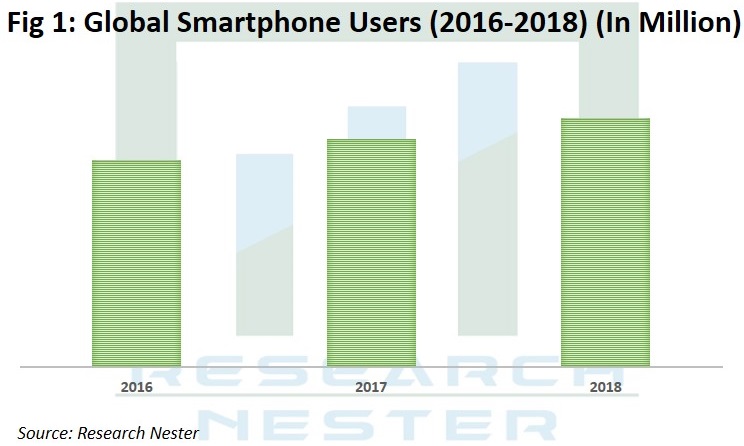 The previous decade has witnessed a rise in the number of smartphone users, especially with the young millennial population preferring to purchase smartphones and other smart devices that provide users with a host of features that include the use of internet to enable them to handle their activities at ease with the help of a smartphone. Moreover, growing access to large amounts of data over the internet has helped the users to prefer smartphones and other smart devices for handling their activities. With battery charging seen as a challenge for these smartphones and devices due to the heavy usage involved, the juice pack access is predicted to witness significant demand globally, owing to the facility of wireless charging provided in addition to providing battery protection to these smartphones. Additionally, the rising number of firms and companies who are data driven and their survival being dependent on the usage of internet facilities is also set to drive the demand for these products and subsequently contribute to the growth of the market.

With a rise in the global working population and the increasing disposable incomes prevailing across all regions globally, the individuals are looking at products that are saving considerable time and efforts and that which provide comfort and convenience for the user. This is helping drive the demand for products such as juice pack access    among the global population and is estimated to drive the growth of the market. Moreover, consumers are relieved of the pain of having to carry it along with them. In the case of an external battery, they would have to stuff it into their pockets which would be heavy or they must carry a bag along with them in order to carry their external battery.

Instant Charging Facility For Smartphone Users From Any Location

With smartphones being the centre of lives for the users, owing to the benefits they bring to the users such as listening to music, offering news updates online, addressing navigation issues while moving from one place to another, providing option of camera facility and many more, the smartphone users’ main problems could arise in the form of battery life of their phones, as using these facilities would consume additional power that can bring the battery levels down. These problems may annoy the smartphone users who may face trouble in cases of emergency and in order to avoid facing such hassles, this juice pack access would serve to fulfill the needs of such users in a big way.

A smartphone user would be able to charge his cell phone, while at the same time be able to have lightning port access which is considered to be highly beneficial for the user. In this way, the smartphone users would be able to plug in their headphones or any other accessory, while at the same time be able to charge their cell phones. These double benefits offered would certainly be an important factor for the users to choose the juice pack access for their daily uses. Considering the fact that Apple Inc. sold more than 200 million iPhones worldwide in 2018, the demand for these products is estimated to rise steadily, owing to the utility value that can be derived from their usage by the user.

In the case of juice pack access, a smartphone user would be required to purchase a separate USB-C cable in order to charge the battery case. Apart from that, there is no battery status display that comes with it and also possesses lesser capacity, as compared to a smart battery case. These drawbacks may reduce the demand for these products temporarily which could limit the growth of the market over the forecast period. 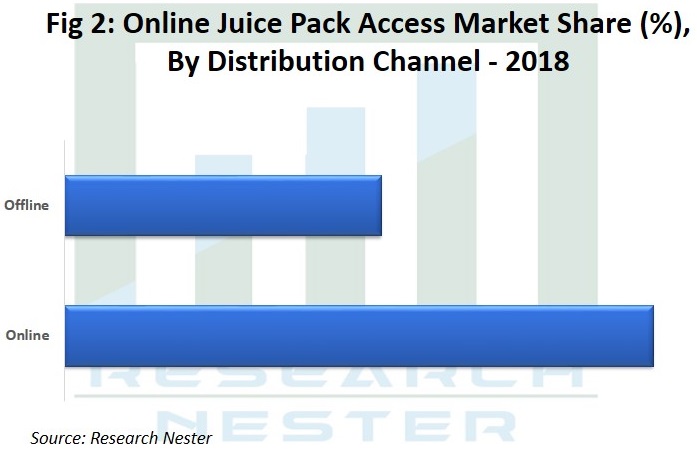 On the basis of regional analysis, the juice pack access market is segmented into five major regions including North America, Europe, Asia Pacific, Latin America and Middle East & Africa region. The market in North America is anticipated to observe an increase in the demand for juice pack access battery cases, owing to the presence of leading manufacturers in the region as well as a huge working population with high disposable incomes that own and use smartphones and other smart devices and the growing demand among the working population to own products that can help ensure their entire work is not affected, due to low battery issues and the convenience of wireless charging that will not require a USB cable in order to start charging of mobile phones. The market in Asia Pacific region is estimated to witness significant demand over the next decade, mainly owing to a rapid increase in young skilled working population with growing personal incomes. Apart from the population being digitally connected rapidly, due to the governments’ efforts to promote online transactions, there is a rapid increase in the number of smartphone users especially in developing countries such as India and China. With an estimated 700 million users of smartphones in China and around 300 million users of smartphones in India, the market for juice pack access in the Asia Pacific region is anticipated to register a decent growth over the forecast period.

The juice pack access market is further classified on the basis of region as follows: