Hematology diagnostics includes various tests that are performed on blood samples in order to measure the number of red blood cells, white blood cells, platelets and other components of blood. It is a much faster and easier method for the detection of any disorder in the patients. The market for hematology diagnostics is projected to grow with a CAGR of 6.06% during the forecast period, i.e., 2020-2027. This can be attributed to the rising demand for advanced diagnostic technologies across the world. The requirement for diagnostic techniques that provide accurate test results and are capable of handling large sample processing volumes is another factor estimated to result in the market growth.

The global hematology diagnostics market is segmented by regions into North America, Latin America, Europe, Asia-Pacific and Middle East and Africa. The hematology diagnostics market in North America held the largest market share of 37.94% in 2018 and is anticipated to continue to lead the market. The increasing investments in healthcare by the government and private organizations in order to maintain a high quality of healthcare at facilities is the major factor contributing towards the growth of market in this region. The market in the United States reached a value of USD 1,567.36 Million in 2018 and is predicted to observe a CAGR of 6.23% over the forecast period, which makes it the major country driving the market growth in North America. The growth can be attributed to the increasing adoption of innovative diagnostic methods that are focused on minimal in-vitro diagnostics. The market in Asia Pacific is estimated to witness the highest growth in the upcoming years on account of growing demand as well as availability of advanced healthcare technologies and services in the region. Additionally, the growing demand is met by a rising number of manufacturers in the industry investing in countries such as China, India and Japan. Hematology diagnostics market in Europe is anticipated to be driven by countries including Germany, UK, France and Italy as a result of a high demand for effective diagnostic products. CLICK TO DOWNLOAD SAMPLE REPORT

The market for hematology devices is segmented on the basis of product into reagents, instruments & analyzers and software & services. Reagents are used in hematology analyzers for lysing the red blood cells from the blood sample before leukocyte analysis. The segment for reagents is estimated to hold the largest market size and grow at the highest rate during the forecast period as a result of low cost of production, growing availability of reagents for specific analyzer tests and increasing number of tests being demanded by people. The instruments and analyzers segment is estimated to grow since hematology analyzers are the most commonly used instruments in clinical laboratories. The software and services segment is anticipated to observe noteworthy growth on account of growing compatibility of software with medical devices. The use of software improves the workflow by authorizing the results automatically and by supporting multi-instrument connectivity. 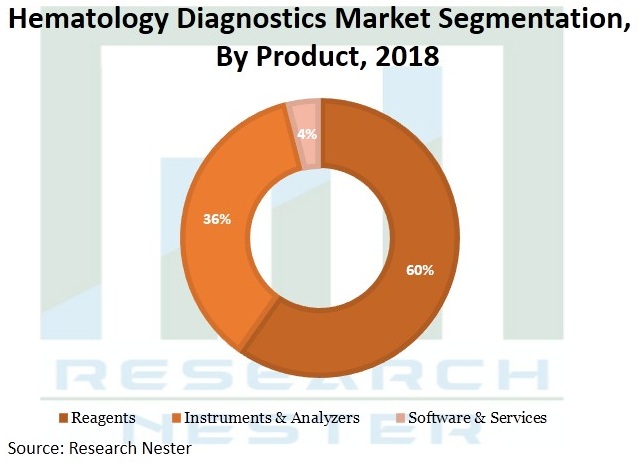 On the basis of portability, the market is bifurcated into point of care devices and standalone devices. The segment for point of care devices is anticipated to grow at the highest rate as a result of growing developments in these devices to improve the accuracy of patient diagnosis. These analyzers possess the ability to identify abnormal red blood cell count which might indicate anemia, leukemia, tumors and others. The standalone devices segment presently holds the largest market share as a result of its capability of producing high throughput results, mainly in larger healthcare facilities.

Hematology diagnostics market is segmented on the basis of application into oncology, malaria, anemia (sickle cell anemia, thalassemia and others), blood count, platelet function and others. The market segment estimated to witness the highest growth is the oncology segment. This can be attributed to the huge applications of hematology diagnosis in cases of cancer. Both point of care and standalone devices are used for hematology analysis of patients undergoing chemotherapy. 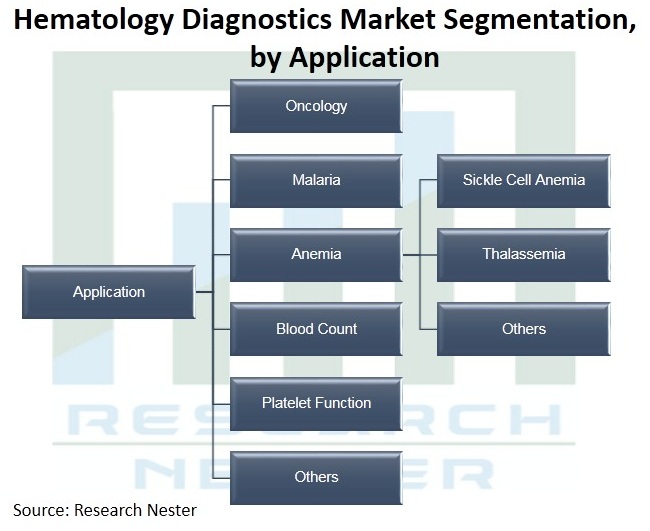 Based on end user, the market is segmented into hospitals, diagnostic labs, ambulatory surgical centers (ASCs), clinics and others, out of which, the hospitals segment is predicted to grow at a significantly high rate. This can be attributed to the high patient influx in hospitals as compared to other healthcare facilities and a growing number of registered hospitals across the globe.

The major growth driving factor for the hematology diagnostics market is the rising prevalence of blood disorders. Advanced hematology diagnostic products help in the diagnosis of blood related diseases through early stage screening. Some of these disorders include leukemia, AIDS, malaria, diabetes and anemia among others. According to UNAIDS, there were about 37.9 million people living with HIV in 2018, out of which, 36.2 million were adults and 1.7 million were children under the age of 15 years. Moreover, the rising new cases of leukemia and growing prevalence of anemia among people is anticipated to further raise the market growth. Increasing expenditure on healthcare on the back of rising awareness among people and growing disposable income in developed and developing countries is estimated to be another growth factor for the market. The growth of medical devices industry on account of technological advancements and increasing number of procedures that require effective utilization of medical devices is predicted to result in a substantial market growth over the forecast period. 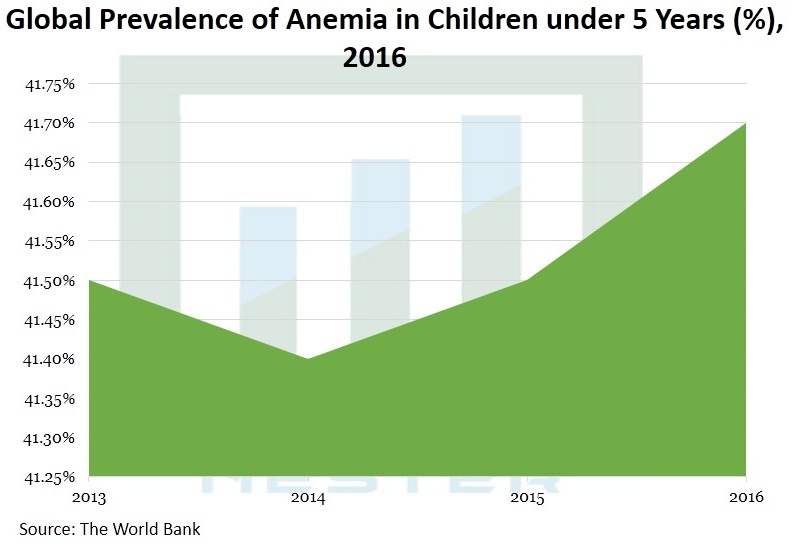 The low reimbursement rates and large number of patients enrolled for Medicaid have led to a decrease in the number of doctors who accept Medicaid patients over the past few years. This can be attributed to the government reimbursement policies that impact the diagnostic manufacturers’ business. Regulations by the government for monitoring the various characteristics of hematology diagnostic devices such as distribution, production and quality delay the research and development involved in projects which is predicted to restrict the market growth.