Online water quality monitoring is normally performed by using online instruments for measurement of water quality in source waters and distribution systems. Water quality monitoring is nothing but collecting of information at pre-defined locations and regular intervals, so as to make data available for use in order to explain the existing conditions. The model that has been developed is mainly for the purpose of conducting a test for water samples and subsequently upload the data over the internet for analysis. This process of water quality monitoring is performed in order to measure the water quality parameters by checking for any microbial, physical and chemical properties and checking for any deviations in the parameters laid down which can help to signal a warning in the event of hazards. Poor quality of water can lead to spread of diseases and sometimes death among the population which could prevent and delay the socio-economic progress of a nation. UNESCO predicts that, by 2050, global water demand is anticipated to rise by about 55 percent, on account of higher demand faced in manufacturing, thermal electricity generation and for domestic use. Several precious natural resources are being exploited by individuals that has led to weakening of the quality of water. According to UNESCO, the groundwater supplies have been falling drastically and exploitation of at least an estimated 20 percent of the world’s aquifers is being observed. Though more than two-thirds of the earth is filled with water, it cannot be used, as it is salty and unfit for human consumption. Industrialization, usage of fertilizers in agriculture and weak enforcement of laws have compounded the problem of water pollution across several regions of the world.

With inequalities prevalent across various regions, when it comes to access to drinking water for individuals, the advent of smart solutions for monitoring the water quality has gained traction across several regions of the world. A simple and power-efficient solution is also being introduced for in-pipe water quality monitoring based on IoT technology. Through this technique, the water samples are tested and an analysis of data that is uploaded over the internet is performed. Moreover, if the water quality parameters do not adhere according to the pre-defined set of standard values set earlier, alerts are received by the user from the system informing about such deviations to the user.

The online water quality monitoring systems market is estimated to register noteworthy growth, owing to rise in population across the globe that is not commensurate with the water that is made available for consumption, industrialization and usage of pesticides and fertilizers, discharge of domestic waste, and other factors. Moreover unequal distribution of rainfall across various regions has precipitated the need for making available quality water at affordable costs in many regions. World Health Organization (WHO) has stated that about fifty (50) to hundred (100) litres of water is required for every individual per day in order to ensure at least basic human needs. The demand for access to safe drinking water has been continuously rising, especially in the developing and underdeveloped regions that are struggling to provide basic drinking water access to their population. According to United Nations Department of Economic and Social Affairs (UNDESA), women population in Africa travel about six (6) kilometres for collecting water for their domestic use. CLICK TO DOWNLOAD SAMPLE REPORT

The online water quality monitoring systems market is predicted to grow at a significant CAGR over the forecast period i.e. (2020-2027). The market is segmented by type, wireless sensors and by application. The industrial sector forming part of application segment is estimated to witness robust growth over the forecast period, owing to high demand for quality water for the sector across several regions of the world.

The activity of production of goods are anticipated to generate pollutants in the form of unwanted byproducts. Pollutants that contribute to contamination of water as a result of human activity are several. For instance, microbial pathogens, nutrients (mainly phosphorous and nitrogen), oxygen-consuming materials, heavy metals and several others are considered as pollutants that are known to be responsible for affecting the quality of water adversely. According to World Health Organization, (WHO), water-related diseases lead to death of about 3.4 million people every year, of which majority of the population are children. Additionally, at least 80 percent or more of sewage is discharged without being treated, thereby causing pollution to rivers, lakes and coastal areas according to UNESCO. The increase in the population that is shifting towards urban areas in search of livelihood is anticipated to increase the demand for potable water. Moreover, the lack of infrastructure services such as poor sanitation facilities and solid waste disposal in the urban areas, due to overcrowding of population are raising the demand for online water quality monitoring systems across the world and is anticipated to drive the growth of the market over the forecast period. 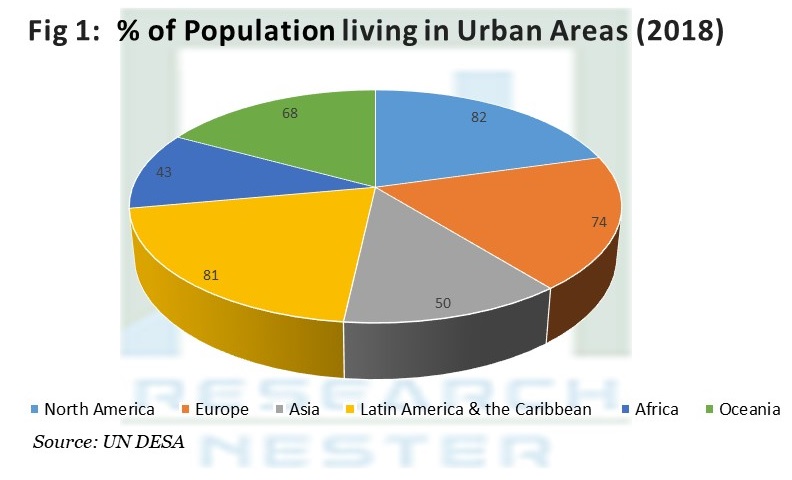 Water scarcity has affected population across all regions of the world. According to WHO, about 2 billion people continue to use a drinking water source that is contaminated with faeces. Drinking of contaminated drinking water can cause transmission of diseases such as diarrhoea, cholera, dysentery, typhoid and polio. An estimated 485,000 deaths have occurred every year on account of consumption of contaminated drinking water. Potable water is still present only in some regions and not evenly distributed among nations. This has driven the demand for online water quality monitoring systems across the world and is increasingly anticipated to boost the growth of the online water quality monitoring systems market over the forecast period. 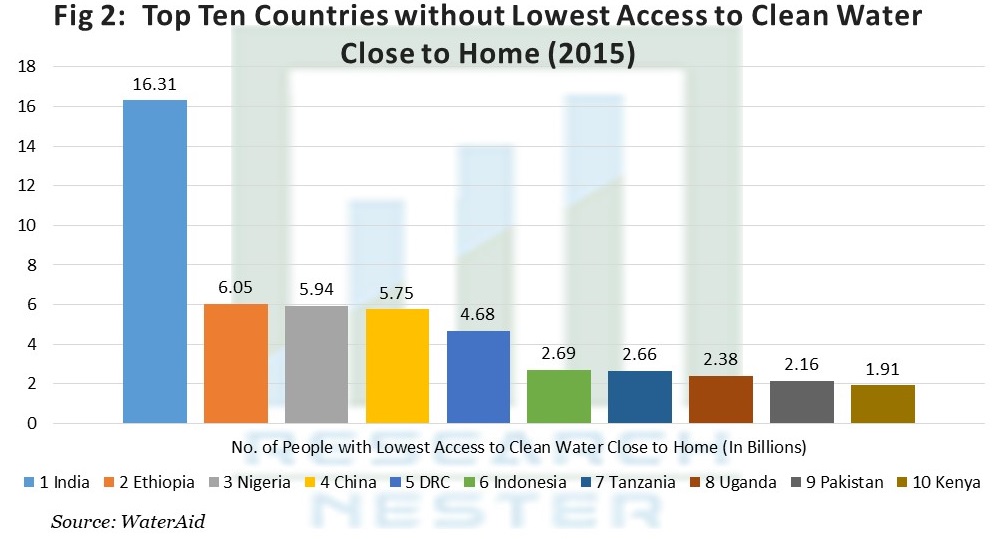 The growth of the online water quality monitoring systems market is subject to a few restraints, due to low levels of awareness in many parts of rural areas across various regions and high costs of installation and maintenance of such system which can lower the demand on account of the price sensitivity factor prevailing in such regions over the forecast period.

On the basis of regional analysis, the online water quality monitoring systems market is segmented into five major regions including North America, Europe, Asia Pacific, Latin America and Middle East & Africa region. The market in Asia Pacific region is anticipated to witness significant growth, owing to the presence of huge population especially in nations such as China and India that require quality drinking water at affordable costs to meet their consumption needs. Apart from that, increasing shift of various industries such as chemical and leather industries from developed nations towards developing nations in the Asia Pacific region such as China and India have increased the water and air pollution levels which is anticipated to increase the demand for online water quality monitoring systems in the region. Additionally, Middle East and Africa region is also anticipated to witness moderate growth, owing to high demand for quality water to deal with the severe water shortages faced in several parts of the region.

The global online water quality monitoring systems market is further classified on the basis of region as follows: