Maritime patrol aircraft (MPA) system, also known as a patrol aircraft system, is a true multi-mission platform designed to operate maritime patrol roles over territorial waters for a long duration and cover a large area in a short time period. Long endurance, great range at relatively low altitudes and the ability to carry sufficient numbers and variety of weapons such as anti-ship missiles, depth charges, mines and torpedoes, are some of the characteristics of maritime patrol aircrafts.

Most of the nations are focusing on strengthening their integrated surveillance strategies on account of the apparent need to countermeasure against emerging territorial waters threats such as political violence, territorial conflicts, geopolitical issues and illegal weapons proliferation. Maritime patrol aircrafts are gaining attention on account of their ability to safeguard economic interests of the nation and to perform a wide range of missions, for instance, anti-submarine warfare (ASW), anti-ship warfare, search & rescue, drug interdiction, prevention of illegal immigration and others. Moreover, MPAs are constantly upgraded to expand their applications from maritime surveillance to high-end naval combat operations. Additionally, the demand for cheaper solutions for patrol aircrafts is escalating on the back of high cost involved pertaining to maintenance of aging fleet and modernization of current patrol aircrafts.

The maritime patrol aircraft system market is anticipated to witness significant opportunities and to record a CAGR of around 4% over the forecast period, i.e., 2019-2027. This can be attributed to increase in the demand for maritime patrol aircrafts around the globe on the account of political assertiveness and regional instability in various parts of the world. Further, increased spending by defense sectors for protection of territorial waters owing to rise in volume of shipping traffic and threats is estimated to fuel the demand for advanced patrol aircrafts and multi role aircrafts. 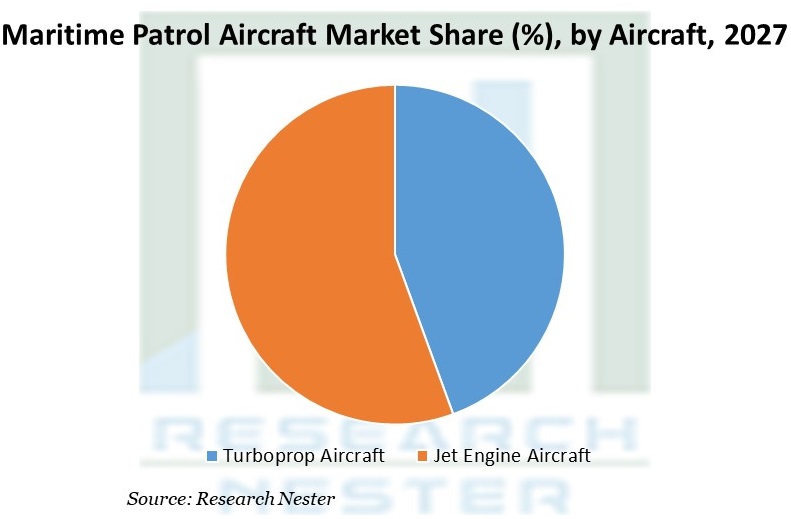 Current geopolitical issues and maritime boundary disputes among various nations around the world perpetuate the need for advanced surveillance systems on the back of their capability to fulfil a number of automated roles ranging from surveillance and detection through intelligence systems. These are factors that are anticipated to benefit the expansion of maritime patrol aircraft system market.

One of the notable growth drivers behind the growth of the market is the demand for adoption of cheaper and effective maritime patrol solutions through the acquisition of multi role aircrafts that can perform maritime patrol along with search and rescue. This can be attributed to the considerations regarding the high cost of current sophisticated defense systems. Further, the high maintenance cost of the maritime patrol aircraft after an average lifespan and the replacement cost of aging fleet are additional factors anticipated to act as growth drivers for the growth of the market over the forecast period.

On the basis of regional analysis, the maritime patrol aircraft system market is segmented into five major regions including North America, Europe, Asia Pacific, Latin America and Middle East & Africa region, out of which, the market in North America region is estimated to hold the major market share in the global maritime patrol aircraft system market on the back of maintenance and modernization of the huge fleet of manned and unmanned surveillance aircrafts pertaining to the changing nature of warfare. The market is anticipated to grow further in the region on account of the increase in defense expenditure. Further, the market in Europe region is estimated to grow in order to meet the challenges of Russia’s military assertiveness and the instability in the Middle East and North Africa region. Furthermore, the market in Asia Pacific region is anticipated to remain a promising and fastest growing market, driven by Asian countries such as Australia, Japan, India, and Korea. The regional disputes over territorial waters, the volume of piracy and shipping traffic are the significant reasons behind estimated growth in Asian maritime patrol aircraft system market over the forecast period.

The maritime patrol aircraft system market is further classified on the basis of region as follows: