Razors are instruments embedded with sharp blades that are basically used for getting rid of the unwanted hair on the face or body. Heated razors, as the name suggests are battery rechargeable wireless razors with battery powered warming bars that have been exclusively designed for men and is used for shaving off the excess hair present in their face or body. More features are provided to users of the heated razors in the form of a warming bar along with four intelligent heat sensors that are designed to provide consistency of warmth for the user throughout the entire shaving period of the user. Besides, the heated razors come with a waterproof facility that allows the user to use the razor, while showering or bathing, with different heating levels among other benefits.

The heated razor starter kit market is anticipated to grow steadily at a decent CAGR over the forecast period, owing to the heated razors being considered to be a premium product that is priced high with several features offered such as the presence of four intelligent heat sensors to ensure that there is consistent warmth maintained while applying the strokes throughout the shaving period. Besides, the heated razor also instantly heats within seconds at the press of a button. The market is segmented by distribution channel into offline retail stores and online.

With the increase in the global skilled working population, there is a greater preference shown by the majority young adult working population, predominantly in the working age group of 25 years to 45 years who find technologically driven personal grooming products such as heated razors that offer comfort to be very attractive. As per a report of the Worldwatch Institute, it has stated that there are around two-thirds of the global population belong to the working age group which is considered as the highest share of working population in the past 60 years as of 2018 and this figure is anticipated to grow throughout the second half of the century. Moreover, the presence of five blades technology, adjustable temperature levels based on individual preferences as well as the heated razor being 100% water proof including many other features are attracting the attention of these high end consumers globally and is estimated to drive the growth of the market. The heated razors are often seen as a status symbol amongst the growing number of young white collar professionals. Additionally, the young adult population are increasingly connected over the internet and are more willing and comfortable to undertake transactions online that makes their tasks simpler, owing to the fact that these consumers only have to place the order online and these products will be delivered at their doorsteps. Besides, the benefits of discounts while transacting online and messages providing the status of the place when the product is in transit and when it is likely to be delivered to the consumer is anticipated to drive the growth of the market over the forecast period.  All of these factors are estimated to drive the growth of the market over the forecast period.

The rapidly growing urban population crowding the cities and the increasing urbanization, owing to higher job prospects available and better incomes that elevate the standard of living of young adult population is anticipated to increase the demand for these products, owing to the attraction developed towards these products by young working population who also find pleasure in owning luxury high-end products. Besides, there has been a rise in the number of men population belonging to the adult working age group of 25-45 years who are prioritizing about taking adequate care of their own individual appearances and grooming over the past decade. This has led to a rise in the number of cosmetic and personal care products targeted at men population that have flooded the global market in the past few years. All these factors may play a major role in contributing to the growth of the market over the forecast period.

The heated razor is considered to be highly expensive luxurious product that is unaffordable to the average consumer, despite a pleasurable warm experience provided to the individual along with a host of features offered that provide comfort for the individual users which could negatively impact the demand for the product. Besides, the general lack of awareness among the major global population could act as another restraining factor to the growth of the market over the forecast period.

On the basis of regional analysis, the heated razor starter kit market is segmented into five major regions including North America, Europe, Asia Pacific, Latin America and Middle East & Africa region. The market in North America is anticipated to grow at a decent rate, owing to the presence of a huge working population and the presence of the only market player in the region that distributes heated razors. Asia Pacific region is widely expected to perform well and achieve higher growth rates, owing to the presence of a significant number of young highly skilled population with disposable incomes and their attraction towards luxury products that offer convenience to users. 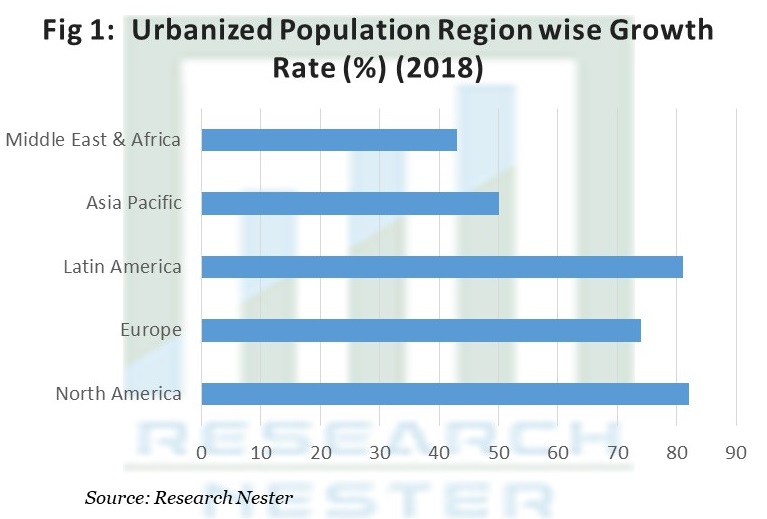 The heated razor starter kit market is further classified on the basis of region as follows:

Currently, Gillette brand belonging to the Procter & Gamble Company is the only market player that is offering heated razor starter kit. This heated razor kit comes along with several features such as  a wireless charger with a magnetic docking stand, two sets of heating levels, with first being 110 degrees Fahrenheit and the second being 122 degrees Fahrenheit and many other benefits for the user. Gillette is currently working on its next set of launches, one of them being referred to as Gillette Venus razors that will be designed exclusively for women. Additional market players are working towards innovations in bringing out new shaving razors that would focus on offering comfortable and luxury driven experiences to their users.