Pesticides are chemical compounds used to kill insects, weeds, rodents and fungi which are responsible for damaging the crops in an agricultural field. On the basis of their function, pesticides are classified into fungicides, insecticides, herbicides, rodenticides, bactericides and larvicides. Fungicides are a type of pesticides which aid in the elimination of fungal pathogens in agriculture. They are further categorized into contact fungicides, trans lamina and systemic fungicides. Fenpropimorph comes under the systemic fungicides as it is absorbed by the plant and therefore it spreads throughout the plant body and acts from inside the plant. Other systemic fungicides include Carbendazim, Tridemofon and Mycobutanil. Fenpropimorph is majorly used in cereal crops such as wheat and barley in order to protect the crops from fungal diseases such as yellow rust and Septopria leaf spots. The market for fenpropimorph observed a CAGR of over 2% during the historical period, i.e., 2008-2012. Moreover, the global fenpropimorph market in 2012 exhibited a value of USD 178.2 million. 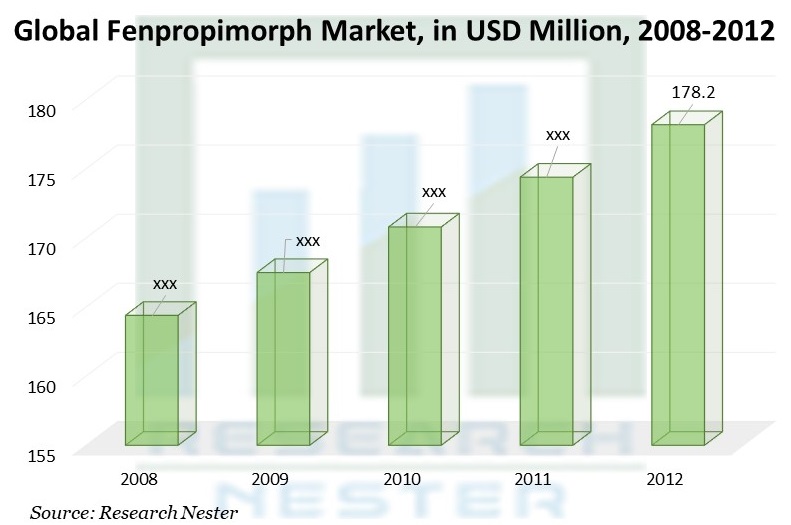 Growth Highlights based on Region during 2008-2012

The global fenpropimorph market is segmented by regions into North America, Latin America, Europe, Asia-Pacific and Middle East and Africa. Presence of an industrialized society in the North America region led to the development of highly advanced agricultural practices and techniques in the past years. The use of advanced tools and techniques by farmers resulted in high amounts of agricultural production, especially in countries such as the U.S. and Canada. In the United States, about 2% of the population is represented by farmers. The major exports in the U.S. include crops such as soybean, coarse grains and cotton. China is the major importer of agricultural goods from the country. Fenpropimorph, a morphine-derived fungicide, is widely used for various plantations and crops in the region, including those of banana, wheat, maize, coffee as well as cocoa. On the back of these factors, the fenpropimorph market in North America displayed a positive growth during the historical period of 2008-2012. CLICK TO DOWNLOAD SAMPLE REPORT

In Europe, fenpropimorph and other such fungicides are widely used in plantations. For instance, this fungicide is extensively used for crops such as barley, linseed, oats and wheat in European regions of Germany, Poland, UK and Netherlands. The government initiatives in major countries of Asia Pacific region for bringing the population above the poverty line involve a greater demand for agricultural products. The requirement for high yield of crops along with that for prevention of pathogenic attacks resulted in the growing demand for fertilizers and pesticides. This can be attributed to the steady growth of the fenpropimorph market over the historical years. 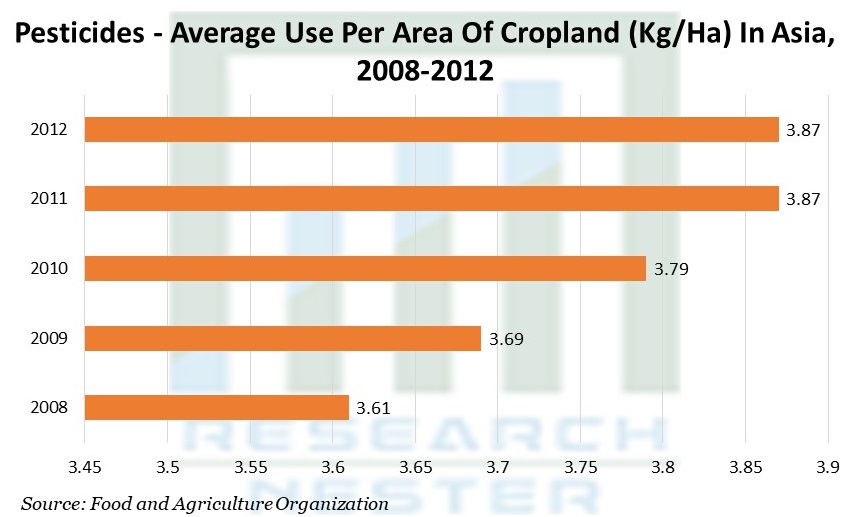 The constant demand for agricultural products as a result of growing requirement for food by the rising population has been a significant factor for the market growth in the South East Asian and South Asian countries during the historical period. The rise in per capita income in these countries including India, China, Vietnam, Malaysia and Indonesia accelerated the demand for food as well. Furthermore, the growing demand for upgraded tools, methods, fertilizers and pesticides in the agriculture industry of South America, Africa and Asia regions for improvements in production is another major growth driving factor for the fenpropimorph market. The various government initiatives for the awareness of proper usage of agricultural tools and techniques further contributed towards the market growth over this period.

The high toxicity of pesticides for other living beings, including humans, is a major growth restricting factor for the market as farmers prefer non-toxic substances as pesticides instead of chemical compounds. Various regions across the globe are taking measures to protect the environment by planning to ban the use of fungicides. The countries such as Italy, France, Spain, Germany and Romania in the European Union contribute to over 75% of the total pesticides sales in the region. The restrictions on the usage of pesticides including fenpropimorph has further negatively impacted the market growth.

Some of the affluent industry leaders in the global fenpropimorph market are BASF SE, Bayer AG, Corteva, Inc., Nufarm Limited, Syngenta AG, Arysta Lifescience, BioWorks Inc., Sumitomo Chemical, Adama Agricultural Solutions and DHM Agrochemicals Ltd. Moreover, other key and niche players are working towards bringing advanced and more effective pesticides in the market, including fenpropimorph, along with investing in high quality research and development to develop improved products in order to gain competitive edge in the global fenpropimorph market.