A work station is referred as the advanced computer designed for technical and scientific applications. These workstations are professionally designed for high-end user applications which include finance modelling, digital content creation, scientific and software engineering and others. Workstations has the capability of operating multi-user operating systems and feature an array of independent disks, SSD and optimized GPU.

Up-gradation of industries and adoption of automation in various types of industries are few others factors which are anticipated to influence the France workstation market over the forecast period. The market size of France workstation was valued at USD 68.47 Million in 2015 and is expected to cross USD 264.37 Million by the end of 2023 by growing at a CAGR of 18.48% over the forecast period i.e. 2015-2023. 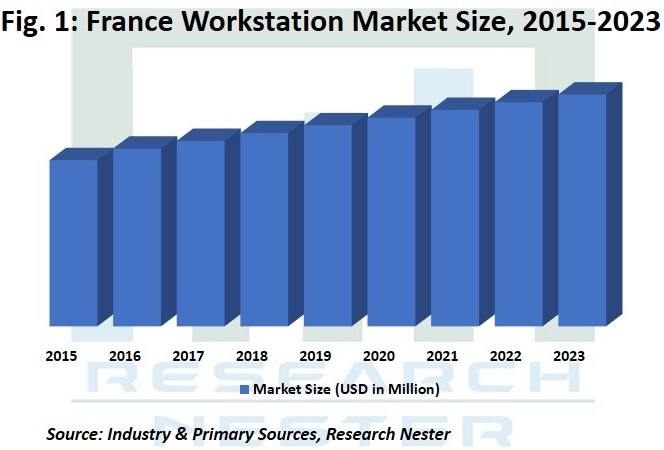 The main advantage of mobile workstation is its portability. Being a powerful workstation, it can be taken from one place to another which makes it completely different from other workstations. Mobile workstations allows portable 3D design and multimedia creation remotely. 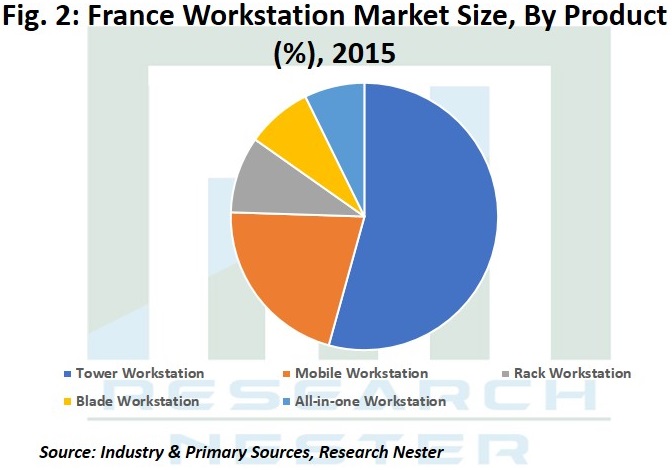 The France Workstation market is bifurcated by product into tower, mobile, rack, blade, and all-in-one workstation.

Among these segments, the tower workstation segment is projected to lead and is expected to occupy a global market share of 50.8% by 2023, while growing at a CAGR of 18.11% during the forecast period. The growth is attributed to increase on the advent of growing social media users in the country. Additionally, the rising demand for tower workstations in developing countries for end-user applications such as finance/economic, software engineering, digital content creation (DCC) and other commercial purposes is further projected to enhance the market growth in forthcoming years. France Rack Workstation market is expected to grow at a CAGR of 18.81% in the terms of value during the forecast period.

Based on the end-user, the France workstation market is segmented Industrial Automation, IT & Software Industry, Biomedical & Healthcare, Consumer Electronics, Building Automation, Automotive, Aerospace & Defense, out of which the biomedical & healthcare segment held the largest market size in 2015 and is estimated to grow considerably throughout the forecast period.

Key factors driving the growth of Workstation market include increasing IT & software expenditure of the country, and growth in animation industry. France incurs a huge expenditure on IT and software engineering sector. There is a robust growth of IT and Software market in the country. In France, the spending could reach to USD 11.9 billion in the year 2017 for software industry, with an increase of 4.2%.