Wind Turbines contain gearboxes that are used for the purpose of improving the rotational speed of the shaft. The connection of low speed shaft to the high-speed shaft takes place, which helps to increase the rotational speed of the shaft. Gearbox are those components that are normally used in wind turbines, wherein the power that is derived on account of rotation of wind turbine rotor is shifted to the generator through the main shaft as well as the gearbox and high-speed shaft. The main purpose of the gearbox has been to raise the rotational speed and to increase the revolutions per minute (RPM)s, especially with blades rotating slowly. Hence, gearbox is used between the main shaft that is connected to the blades and the secondary shaft that is connected to the rotor in the generator, for the purpose of reaching an optimum rotational speed in order to generate power at the frequency that is required by the grid.

The Europe Wind Turbine gearbox repair and refurbishment market that was valued at USD 3876.34 million in 2018 is estimated to grow at a healthy CAGR over the forecast period, i.e., 2020-2027. The factors that are estimated to contribute to the growth of this market are increasing demand for energy in the region and growing number of companies that are planning to harvest wind energy that is a renewable source of energy, which is expected to generate more opportunities to help increase the demand for repair and maintenance services in the European market. Additionally, the initiatives taken up by governments in the region to encourage installation of wind turbines, in order to reduce the impact of adverse effects that have been caused to the environment by using non-renewable sources of energy is estimated to increase the opportunities for growth in the coming years. According to Wind Europe, a political agreement had been reached by Germany for installation of an additional 4GW of onshore wind power by 2021. Germany had also planned to auction an extra 1 GW of power in 2019, 1.4 GW in 2020 and 1.6 GW in 2021, which would be in addition to 2.8 GW of power per year that has already been fixed to be auctioned for each of these years. 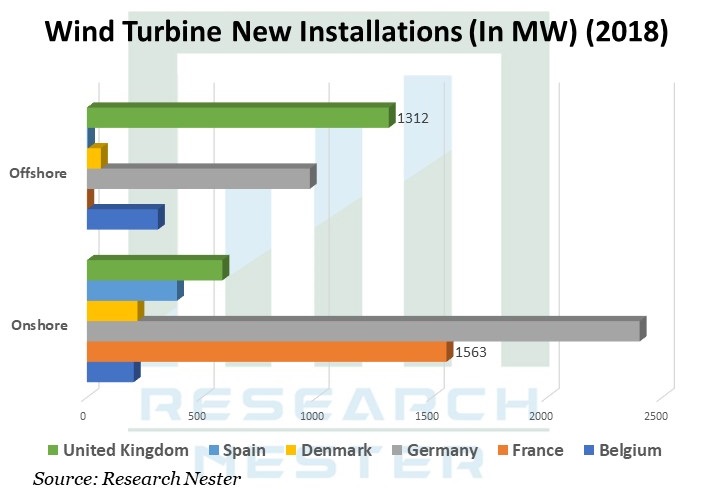 On the basis of product, the Europe wind turbine gearbox repair and refurbishment market is segmented into main gearbox and yaw and pitch gearbox. Main gearbox segment is estimated to observe a significant growth in its revenues and is also anticipated to hold the highest market share by end of forecast period. Some of the main features of the main wind turbine gearbox are that it maintains turbine rotational speed and the generator speed for optimization and power limitation. Brevini wind had introduced a new and innovative main gearbox for wind turbine range starting from 0.9 MW to 3.5 MW. The cost of maintenance is low and Brevini’s gearbox offers cost-effective solutions by least 75% as compared to the earlier solutions. In addition to that, the gearbox is light-weight and bearings and gears have a longer lifetime. These factors are anticipated to raise the demand for main gearboxes over the forecast period. CLICK TO DOWNLOAD FREE SAMPLE 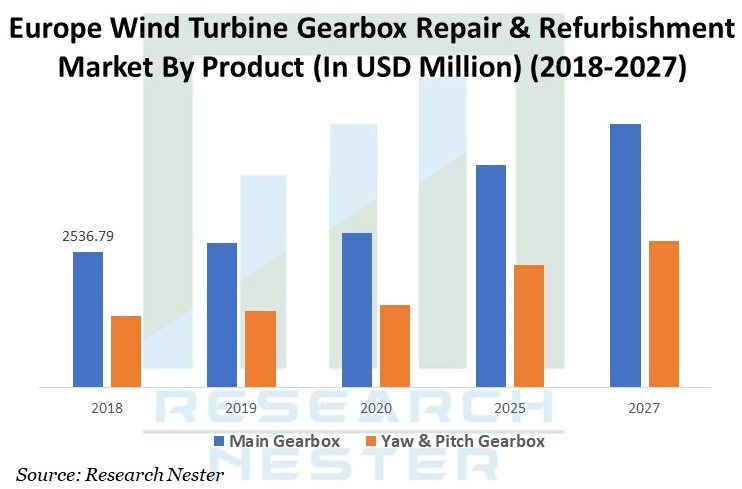 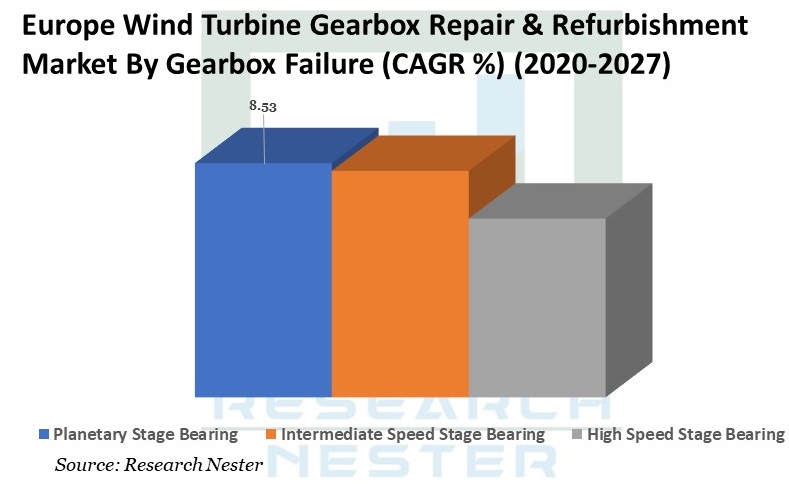 The market is segmented by deployment into offshore and onshore segments. The onshore segment is anticipated to register significant revenues and is predicted to hold the largest market share over the forecast period. This is owing to factors such as rising number of nations in Europe anticipated to install higher number of wind turbines across the region. Moreover, several new models of onshore turbine had been announced by wind turbine manufacturers in Europe. For instance, Nordex-Acciona had announced its new model N-163/5.X model in August 2019. Similarly, another leading market player Siemens Gamesa Renewable Energy had announced its 5.X platform being the SG 5.8-170 turbine model having the longest onshore rotor diameter of 170 meters.

Growing Demand for Energy and Power Across the Region

The demand for energy and power has increased significantly over the previous decade in Europe. Particularly, there has been growing concerns about the adverse effects of using energy that can harm the environment in the long run. Therefore, many renewable sources of energy are being encouraged to be adopted that can help in protecting the environment from further damages. The number of windmills that have been established in the region is projected to raise the demand for gearbox that might undergo several changes and, in some cases, also suffer from failures. The necessary steps have to be taken to correct such failures immediately, failing which there are higher probabilities of the productivity of the generator falling down at a rapid rate. Moreover, the advent of green energy in the region is anticipated to raise the prospects for the growth of the green market which will further increase the growth opportunities for the repair and refurbishment of windmills. The capacity of power that has been installed through setting up of wind mills is much higher than the other forms of energy in Europe in the year 2018. According to Wind Europe, more capacity of wind power had been installed as compared to other forms of power generation in the European Union in the year 2018. About 48% of the total power capacity installations had been arising from wind power. All these factors are estimated to boost the growth of the market in the upcoming years.

The number of wind farms that are being established across several countries in the European region are increasing, with environmental concerns becoming the top priority for the governments across the region. Moreover, the dependency on energy from other countries in the region is slowly being reduced, with targets being set in order to develop renewable energy infrastructure. Further, many concessions and incentives have been offered to developers by several governments in the region that has helped increase the establishment of wind energy infrastructure in many parts of Europe. The growing installation of wind-turbines accompanied by rising demand for repairs of gearboxes by wind farm operators are estimated to drive the growth of the market in the forthcoming years. 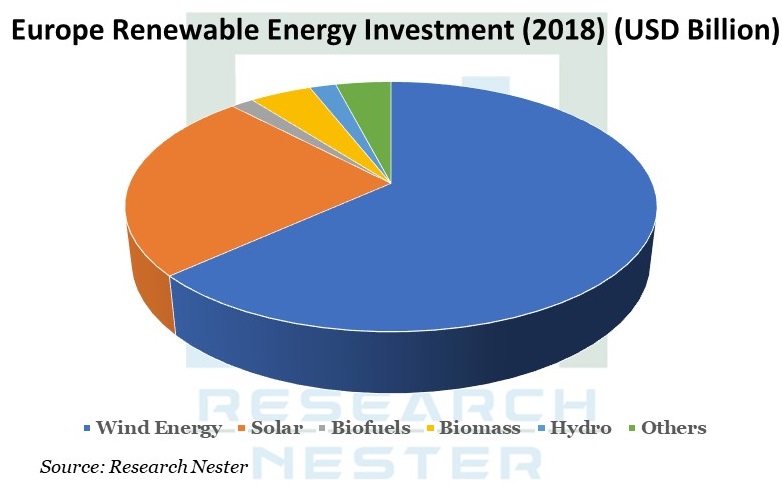 Gearboxes in wind turbines can face many problems during the course of their operation such as the gearbox being made to undergo many changes suddenly and frequently at the time of handling of power. Such power fluctuations that may result in variations in load can impact the performance of the gearboxes that would require quick repair and refurbishment, so that the power generation efficiency of the turbines is resumed in a shorter span of time. Moreover, there are other sources of energy that have emerged as alternatives to wind energy such as solar energy and few others. All these factors are anticipated to limit the growth of the market over the forecast period.