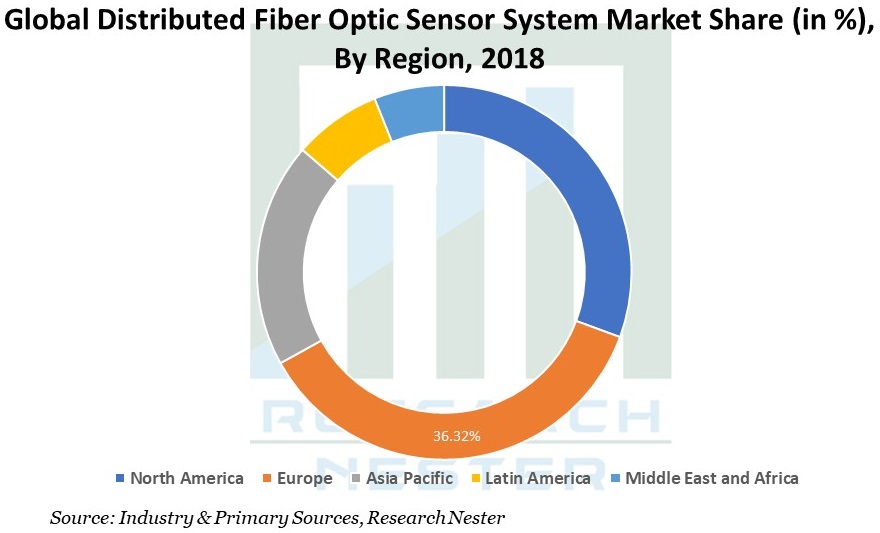 The global distributed fiber optic sensor system market has been segmented by application into oil & gas, geothermal energy, wind energy, aerospace, military and others. Oil & gas segment accounted for the largest market share of 34.06% in the year 2018 and is anticipated to grow at a CAGR of 10.6% during the forecast period. The growth of the segment can be attributed to the growing demand for distributed fiber optics in the oil and gas industry. The oil & gas segment is further anticipated to reach USD 6426.3 million in the year 2027 from USD 2373.0 million in the year 2018 by growing at a growth rate of 2.71x. The segment is also anticipated to attain an absolute $ opportunity of USD 4053.3 million in-between the assessment period, i.e. 2018-2027 and gain an incremental $ opportunity of USD 503.7 million in the year 2027 as compared to the previous year. 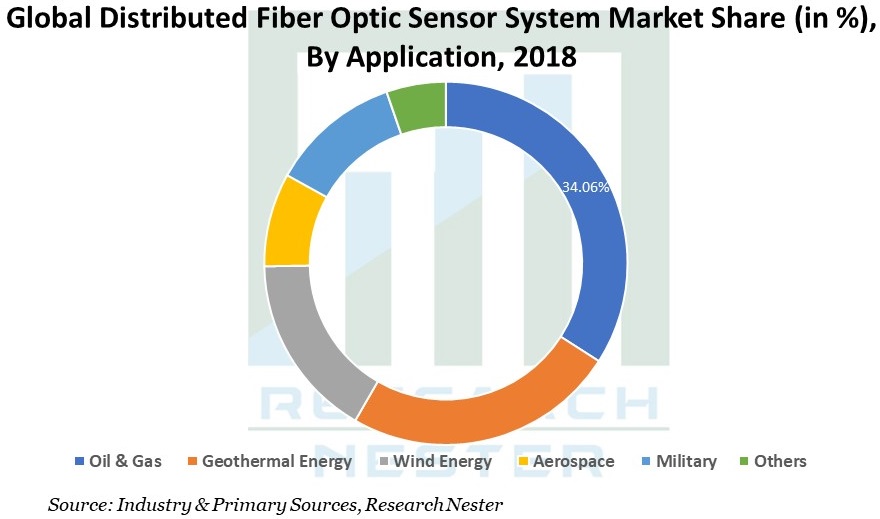 What are the major factors driving the growth of the Distributed Fiber Optic Sensor System market?

Rising investment in the deployment of distributed fiber optic sensor infrastructure in smart wells in the oil & gas industry along with the growing manufacturing industry are some of the major factors that are driving the growth of the market.

What would be the CAGR of Distributed Fiber Optic Sensor System market over the forecast period?

North America is predicted to show promising business opportunities for the growth of the market in the future.

Who are the major players dominating the Distributed Fiber Optic Sensor System market?

What are the major segments in the global distributed fiber optic sensor system market?

The market is majorly segmented by sensing element, scattering, technology, application and by region.

What can be the significant growth opportunity for the application segment in the global distributed fiber optic sensor system market?

Instability in the price of oil industry and stringent government regulations are some of the major factors anticipated to act as a barrier towards the growth of the global distributed fiber optic sensors market.